If you want to escape the town to relieve your troubles, the Dray Nur waterfall in Dak Lak is the ideal destination. 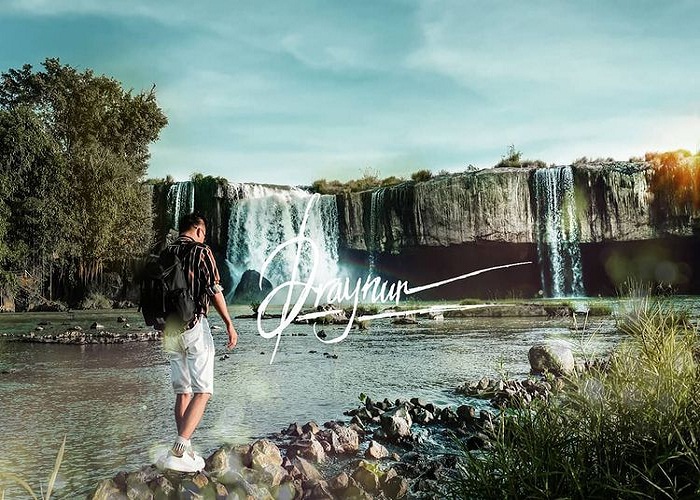 A pristine view of the waterfall (Photo @ thinhh.91)

In the ethnic language “Dray Nur” also means “the waterfall” , so local people also call this place a familiar name, another close is Wife waterfall .

Not simply a majestic landscape bestowed on nature, but the Dray Nur waterfall is also associated with many interesting stories and legends.

According to some villagers told, in the past, there was a couple who loved each other dearly, but they were subjected to a fierce prohibition from both sides of the family because of conflicts arising from the past that could not be reconciled. Therefore, on a cold moonlit night, both of them entrusted themselves to the Serepok river with the desire to be together in the afterlife.

As if understanding that pain and showing anger at the selfishness of the two clans, the sky suddenly rose up and stormed the water and divided the river into two branches, of which the Krong No river was a river. The male contains Dray Sap husband waterfall and Krong Ana river is the female river containing Dray Nur’s wife waterfall . From then on, the story of the name of the waterfall is another version of the jungle style of the famous “Romeo and Juliet” story. 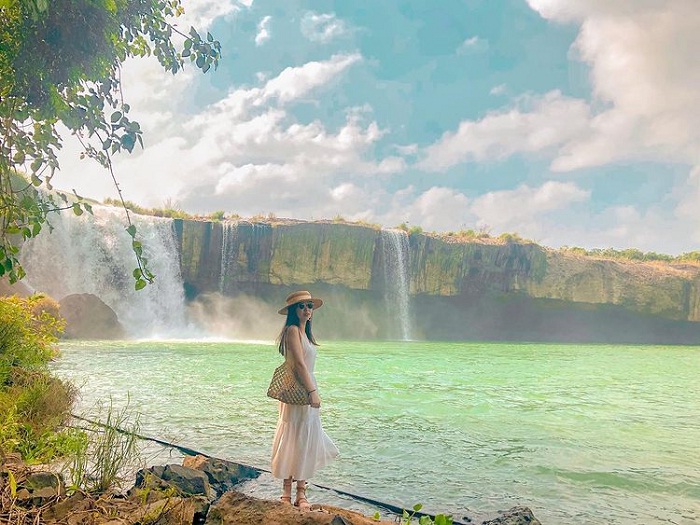 The charming image of the waterfall (Photo @ thanhhdung.vu)

Another version involves the cave behind the falls. Accordingly, in the past, this was the residence of King Thuy Te and his handsome handsome son named Nur. During a trip to the outside land, seeing two princesses who lost their fathers so miserable, he helped and fell in love with them and lived happily together.

However, because he missed his father so much, his wife did not allow him to return, so he transformed into a golden mole crossing the water to enter the cave in the princess’s regret and expectation. That is why the people took the name of the waterfall as Dray Nur which means “golden mole” in Ede language.

However, regardless of the legend , the Dray Nur waterfall with steeply flowing water and white foam is still considered regretful tears for the sad old love stories.

Dray Nur waterfall welcomes visitors by the majestic scenery of water flowing straight from a height of 250m into a lake with a width of about 150m, seen from afar as a magnificent wall. 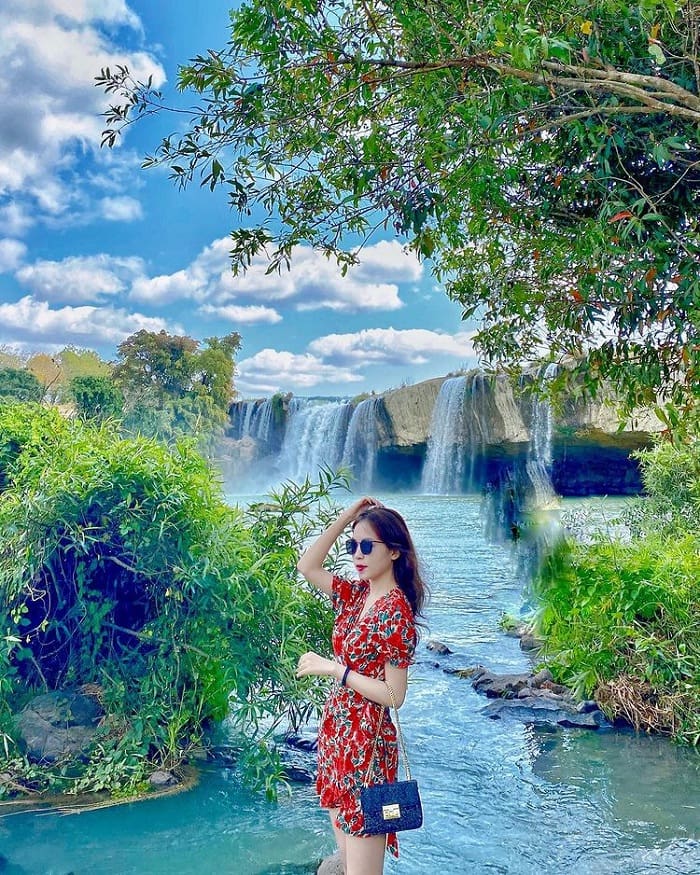 In the midst of the immense space of the great greatness and the immense blue sky, the white waterfall, tangled tangerines, intertwined like the soft, flowing hair of a mountain fairy.

The special thing is, if the above waterfall is rolling, violently, how white foam is thrown, the water below is still blue, peaceful, pensive as if thinking about life and only occasionally. just got a few ripples. 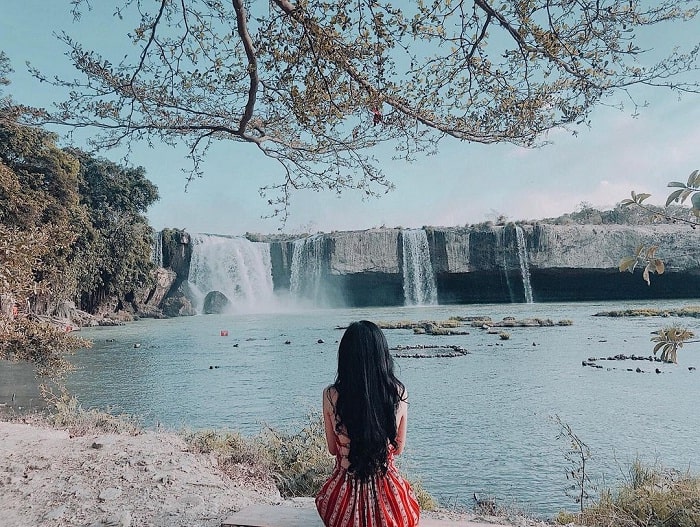 Standing in this wild, poetic landscape, listening to the fierce screaming sound of Dray Nur waterfall , surely many daily worries or worries will get ruined by cars and disappear immediately.

Activities not to be missed at the Dray Nur waterfall

Coming to Dray Nur resort in the summer, the experience that visitors cannot ignore is immersed in the clear and cool water at the natural pools formed at the foot of the waterfall.

In particular, the first lake is suitable for all ages because it is quite shallow, the second lake will be a little more challenging because there are very sharp underground rocks on the bottom of the lake. As for the third lake on top, water depths from 8 to 10m, it is not “gentle”, so it is only for those who swim professionally and have good health. 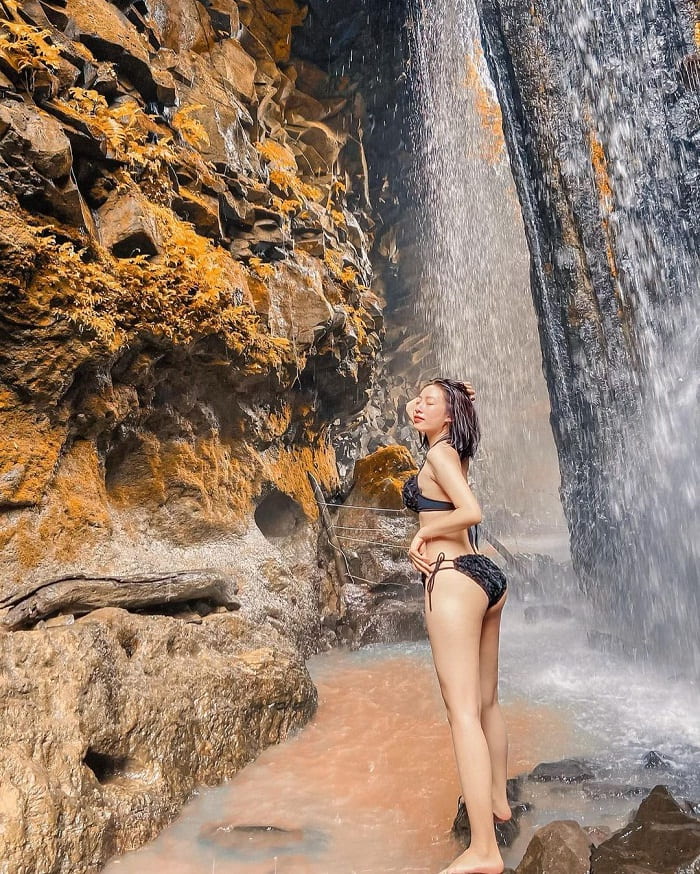 In particular, please rest assured because the bathing spots in the Dray Nur waterfall area have been surveyed for safety as well as are always fully equipped with life jackets, buoys and emergency rescue personnel so feel free to enjoy the roof.

2. Explore the caves behind the falls

For those who have a strong passion for thrilling roles, the feeling of rushing straight through the white water screen and feeling the burning sensation of being splashed directly on the head and shoulders will be extremely stimulating.

Of course, passing through such fast-flowing water will be guaranteed to be extremely high with life jackets and timely ambulances are professional swimmers nearby.

Moreover, behind the “curtain”, of Dray Nur waterfall is a cave of more than 3.00 m2 deep, full of stalactites and caves in mysterious darkness, sure to stimulate the curiosity of visitors. Very well. 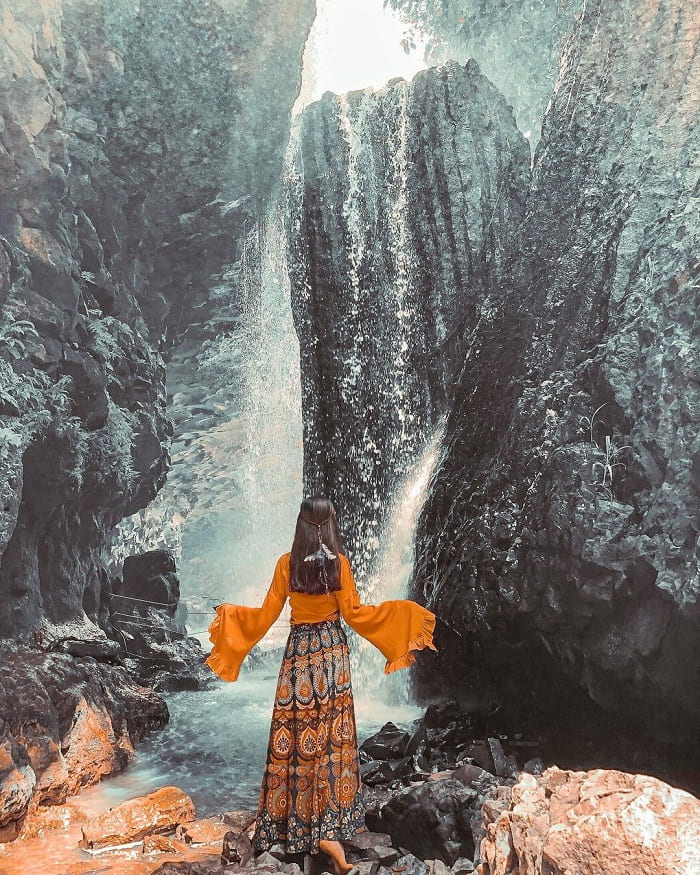 At the same time, standing inside the cave and looking outside through the misty wall of water, you will see strange-shaped rocks radiating magic light in the sun, extremely attractive.

3. Explore the beautiful nature around the falls

Around the waterfall is a primeval forest with countless ancient trees of thousands of years old with floating roots, interwoven like a maze, very suitable for virtual life.

In addition, the tall wooden suspension bridge on the waterfall with a sense of shaking, stimulating and watching the majestic river will definitely give you unforgettable memories to see. 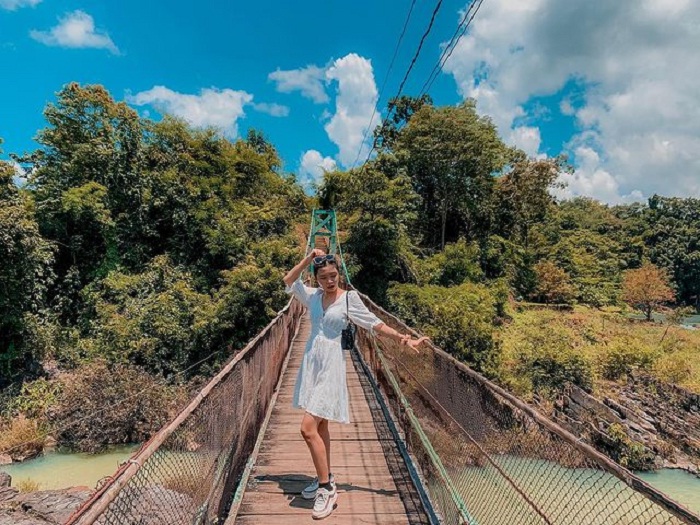 When sunset falls, tourists Dray Nur can also admire the majestic scenery of thousands of bats flying into the shelter – a scene that is not available anywhere else.

In addition, you can also cross the suspension bridge to visit the magnificent Dray Sap waterfall , go upstream to visit Gia Long waterfall or walk along the river to admire the poetic beauty of Buon Kuop lake – “Absolutely Tinh Coc session Dak Lak village “, it is guaranteed to be” breathtaking “beauty.

4. Discover the unique culture of the nearby Tay Nguyen villages

Right near Dray Nur waterfall are the villages of Kuop, Nui and Tua of the Ede people – where there are exquisite hand-woven brocade sets, unique farming tools with delicious specialties and impressive cultural features. .

So, if you do not come here to enjoy fragrant bamboo bamboo rice, grilled meat soaked in rich natural spices … and sip a glass of wine that needs to be spicy by the burning fire, it will be extremely that is lacking. 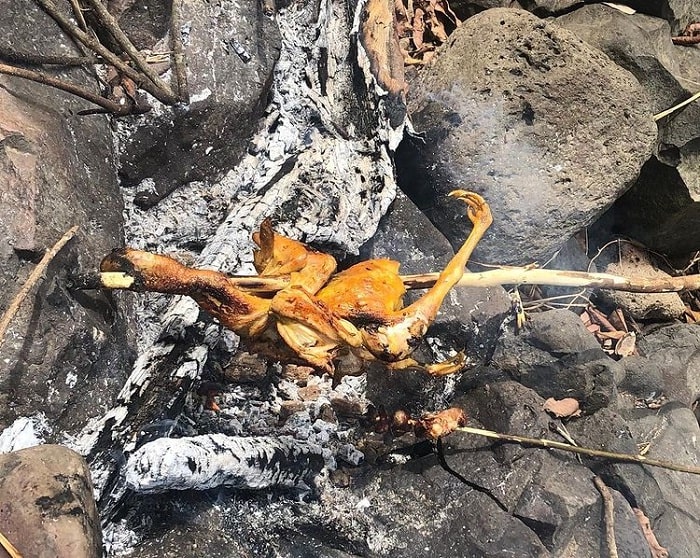 In addition, you can also listen to the deep, husky sounds of the people telling interesting legends and epics and admire the delicate dances and clear lyrics of the gentle, lovely, and oh well Ede girls. Happiness is probably just that.

In addition, Dray Nur ecotourism area also offers many other interesting services such as cycling, mountain climbing, canoeing and renting tents overnight for families and large groups of people … so if If you have time, please try it.

From the center of Buon Ma Thuot city, you follow the route Le Duan – To Huu to the People’s Committee of Dray Sap commune, then follow provincial road 682 about 9km more to the waterfall. Or take Highway 14 to Bridge 14 then turn left and continue running straight for about 10km to arrive.

The most convenient is that you take bus route 13 (Buon Ma Thuot – Krong No) at Nga Sau Xe Tang, at the beginning of Nguyen Tat Thanh street in the center of Buon Ma Thuot city to get to Dray Nur waterfall in Dak Lak . The bus can take longer than the motorbike but the price is quite cheap and you will not have to find the way, because it horns right at the waterfall gate.

Revealing, to enter the door, visitors will have to buy tickets for 30,000 VND / person. 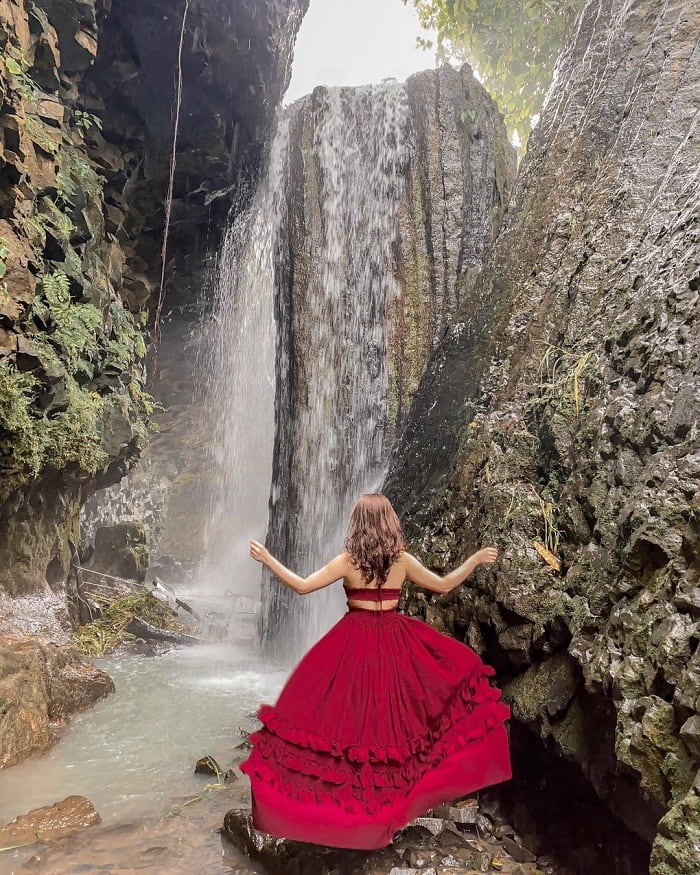 Coming to Dak Lak without being immersed in the majestic, poetic natural scenery of Dray Nur waterfall will regret it!