Located in the heart of Vietnam’s most beautiful sea road. Phu Yen is endowed by mother of nature with the advantages of sea, islands and beautiful landscapes. Not stopping there, Phu Yen tourism also converges special cultural features that are not available anywhere

Known as a dear name “Nư”

Many years ago, when referring to Phu Yen, people in the central region often called it with the dear name “Nư”. The reason for this name is because according to legend, more than 400 years ago, when the residents of Thanh – Nghe region followed Phu Nghia and served Luong Van Chanh (the person who made the land of Phu Yen open today) came in. The South opens the realm with the desire to build a bright and peaceful future in this central coastal region.

And that is why there are many village names here that start with the letters Phu and An. Because the features of the new land are still unspoiled and the population is sparse, the administrative organization now has its own characteristics. Specifically, below the district level there are subordinates and subordinates are small units called wards and men.

Many years ago, when referring to Phu Yen, people in the central region often called it with the dear name “Nư”.

A pot is an organizational unit that manages a small group of people with the same profession. Later, with the government structure changed, this administrative unit was removed, and the concept has since been used only to call the heads of a certain group of people.

Due to the regional characteristics, the Binh Dinh and Phu Yen regions are not clear in the pronunciation of the word “Nậu” and are read as “Nư” and later turn into “Nư”. Gradually, the name of Nau became a familiar name of the people when it came to Binh Dinh – Phu Yen.

The first place to welcome dawn in Vietnam

Phu Yen is known for Mui Dien – the easternmost point of the country, in Dong Hoa district, which owns 1 of the 5 most famous lighthouses in Vietnam and is also the place to welcome the first sunrise. country. Because of this unique feature, Mui Dien extremely attracts Phu Yen tourists.

Owns the longest bridge in the central region

That is Da Rang bridge, according to the history, Da Rang bridge was built by the French in the twentieth century with a total of 60 spans and a total length up to 1105m. At that time, this was the second longest bridge in the country (after Long Bien Bridge – Hanoi) and the first in the central region. In 1946, during the war against the French, the bridge was destroyed during the movement of scorching ground against the French in order to stop the French advance from invading Phu Yen. Da Rang Bridge – the longest bridge in the central region

Later when the war ended, the bridge underwent many remodeling and construction times. Until 2004, Da Rang Bridge was put into operation again with a total length of 1512m and a total of 36 spans. This is also considered the longest bridge on Highway 1A, connecting central traffic of the country.

The meaning of the name Phu Yen means a peaceful and prosperous countryside, perhaps that is why all the roads along the length of this South Central Coast, if not green hills, palaces The beautiful coastline is captivating the hearts of people, the thing that impresses those who come to this land of “Yellow flowers on green grass” are immense, immense rice fields and herds of cows leisurely grazing.

If you have the opportunity to travel to Phu Yen and experience this land by motorbike, go along the coastal fishing villages, you will feel the extremely sincere countryside spirit of the people here. It can be said that Phu Yen is one of the rare lands that possess natural beautiful landscapes and has not been much touristed. 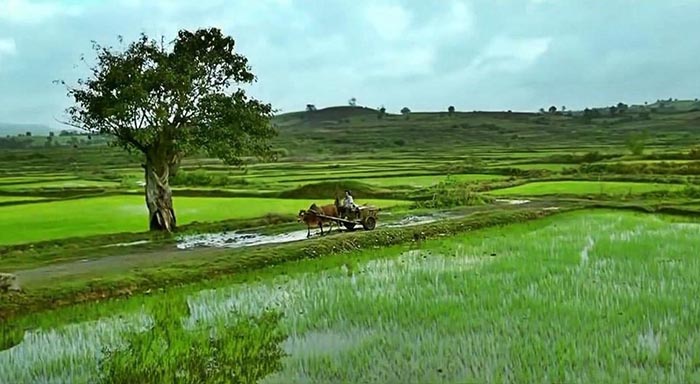 The buildings are built of stone

In Phu Yen, stone is almost associated with the way of life and living of the people. Along the coastal villages such as Phu Hoi, Phu Son, Phu Luong … in Tuy An province, you will see the architecture built of extremely unique stone. From houses, the roads to the pond bridge .. are all used by materials mainly stone. 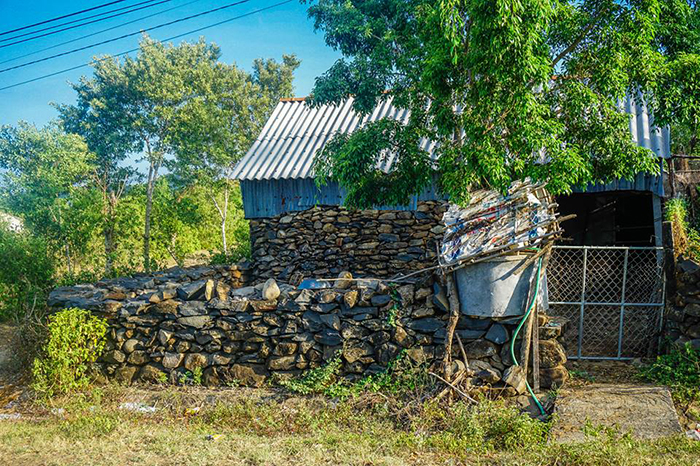 In Phu Yen, stone is almost associated with the way of life and living of the people

Xuan Dai Bay is so beautiful

Xuan Dai Bay is located on Highway 1A, in Song Cau Town (Phu Yen). This is considered one of the 10 most beautiful bays in the country. Xuan Dai Bay is created by a mountain range stretching to the sea for about 15km, looking like the head of a unicorn bay. The three sides of the bay are surrounded by mountains and stretch out to the sea. The rock section adjacent to the sea surface over time is eroded by waves, creating unique and fancy shapes.

Traveling to Phu Yen and watching Xuan Dai Bay at dawn, you feel like you are immersed in the dark eyes of the woman.

As one of the most beautiful bays in Vietnam, there are not many human hands to explore, so Xuan Dai Bay still has its pristine and idyllic features in the Central Coast. Many people when coming here when it is compared that, the Bay is like a princess who is still in deep sleep and waiting for the prince to awaken. Traveling to Phu Yen and watching Xuan Dai Bay at dawn, you feel like you are immersed in the dark eyes of the woman. Perhaps it is the wild, magical features of this Gulf that everyone who visits once, will remember forever.