You know, youth trips. So let your youth become memorable with your trip to Xuan Dai Bay of Phu Yen now.

Xuan Dai Bay is a small bay located at the foot of Gang slope in Song Cau Town, Phu Yen Province, Vietnam, with a water surface area of ​​130.45 km², and the estuary of the bay is about 4.4 km wide with a 7 to 18m; The bay is about 50km long. Co Ngua mountain range stretches to the sea for about 15 km, forming Xuan Thinh peninsula, enclosing Xuan Dai Phu Yen bay and Cu Mong lagoon that looks like a unicorn’s head. 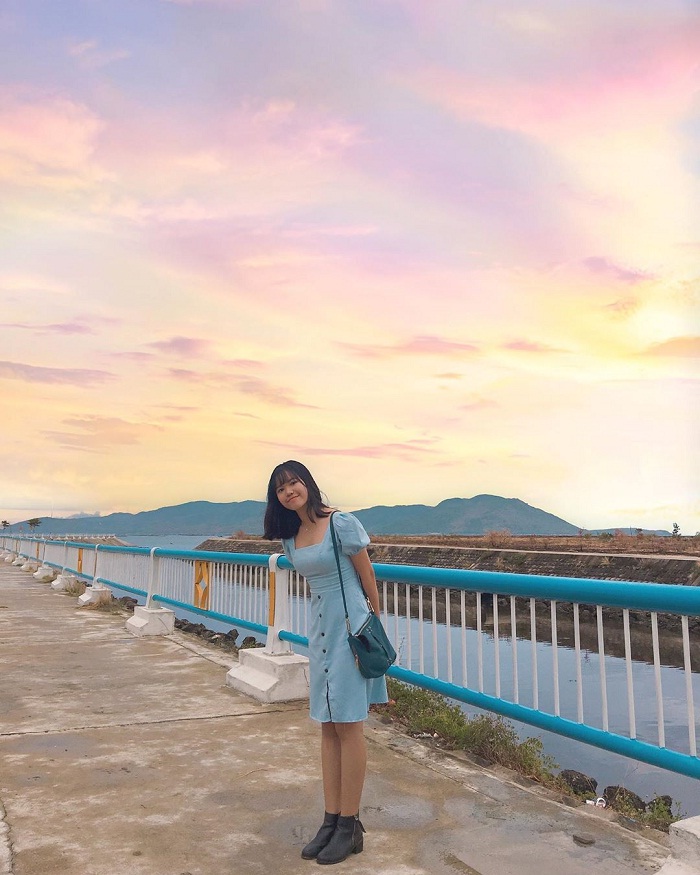 Xuan Dai Bay is also a place to witness many historical events of the nation. In the past, in the years 1775 – 1801, the Tay Son and Nguyen had a naval battle here. In 1832, the US diplomatic delegation brought a letter from the President of this country to meet with Foreign Lang Nguyen Tri Phuong (sent by King Minh Mang) to ask for “good communication”. Xuan Dai Bay became the first place of communication between Vietnam and the United States, and for a long time, the area was the capital of Phu Yen province. How to move to Xuan Dai Bay?

Xuan Dai Bay is about 50km from Quy Nhon to the south, 60km from Tuy Hoa city to the north. To go to Gang slope (Cau river town), seeing the bay is very easy, you just need to run along Highway 1A to. To find this place, you can use map and search the keyword “ Gulf of Hoa “, there will be a path leading to the central location of Xuan Thinh peninsula .

You can travel by car or motorbike, because the road is easy to go and not very far. But you still have to obey traffic laws to protect your life.

What is “hot” in Xuan Dai Bay?

When walking to the top of Gang slope on National Highway 1A, you can see the view of this bay with coconut forest covering the shore area of ​​the bay and the mountain arc surrounding Xuan Dai Bay area . All create a harmonious and poetic water painting.

What you will feel most clearly when coming here is an extraordinary peace. A beauty comes from a tourist destination not too many people pass by, from the scenery and from the simplicity and gentleness of the people here. 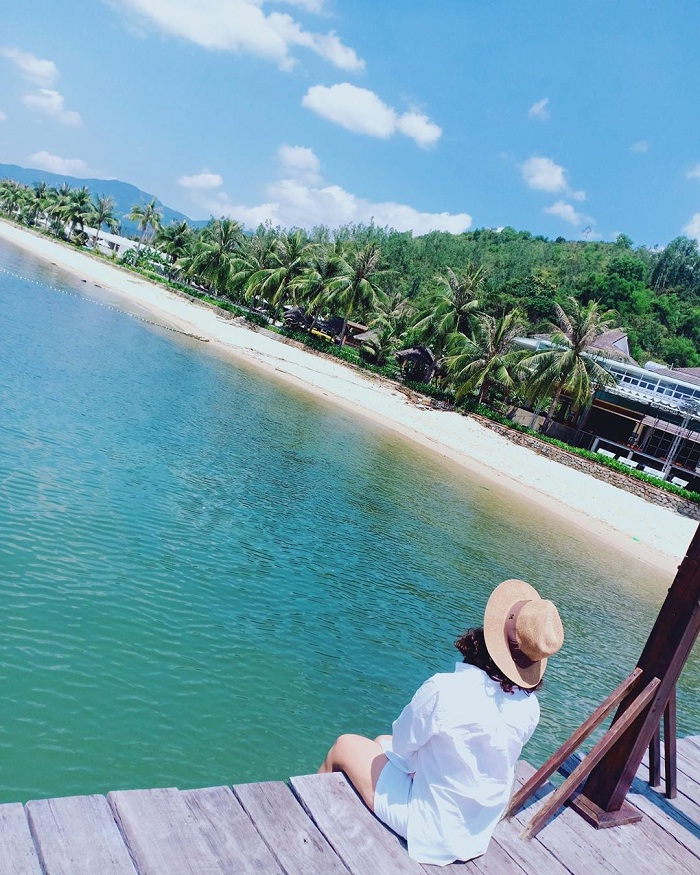 The uniqueness of Xuan Dai  Phu Yen Bay is the harmonious combination of the blue sea surface, soft light, smooth white sand, covered with whispering blue forest all year round, there will be no place for you. Resort and swimming are more ideal. 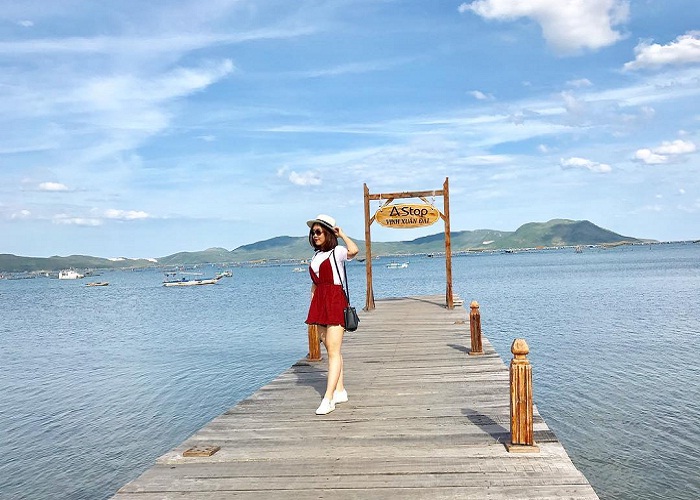 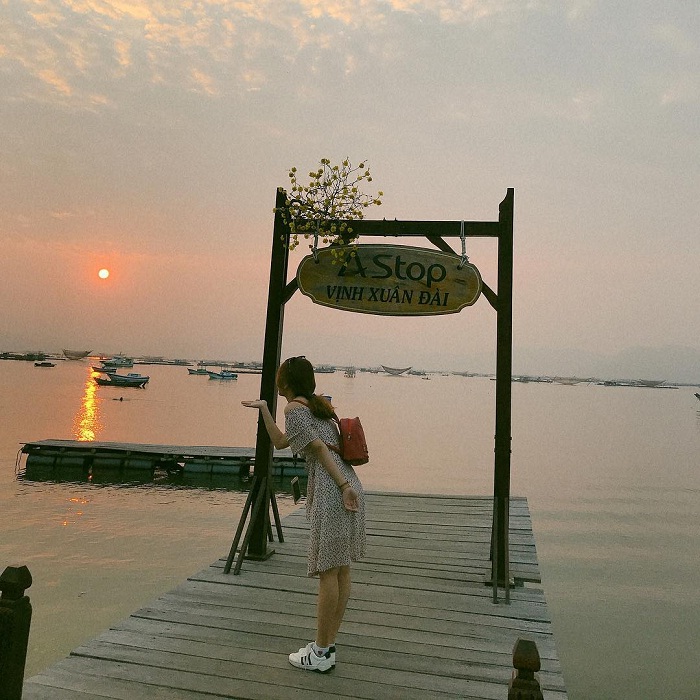 In particular, next to the romantic flat beach are undulating rock rapids with colorful colors according to each sunny day. In the distance, there are majestic green mountains that embrace Xuan Dai Bay  like a mother’s embrace to protect the child in her heart, so strangely poetic.

In the golden sun and gentle breeze, the waves slapped rhythmically and loudly, sometimes slowly becoming a non-stop harmony of the sea. Here, visitors can find pristine nature, the village lives in harmony, crowded but still retain the pure beauty of nature. 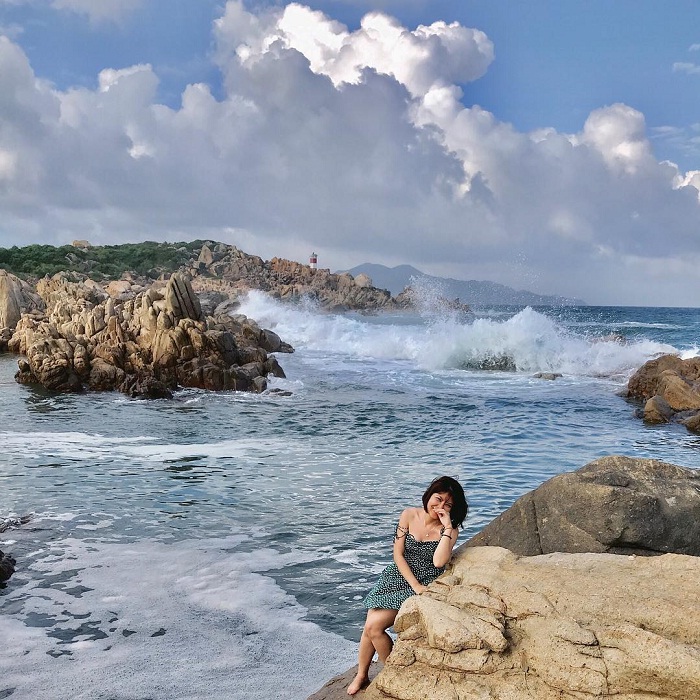 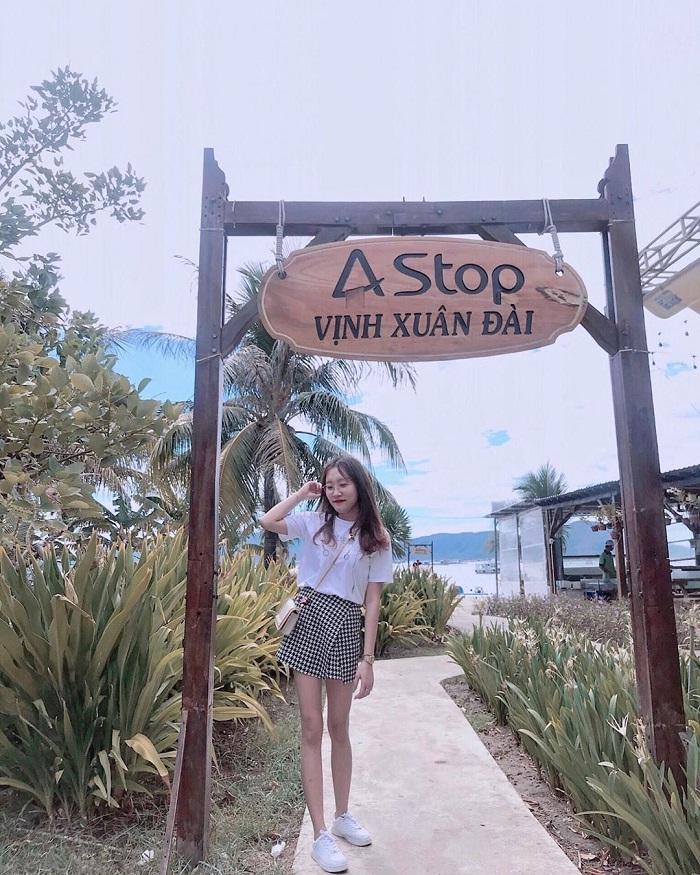 In the bay, there are many puddles and flat beaches such as Vung La, Vung Su, Vung Chao … and many islands and peninsulas such as Ong Xa Island, Nhat Tu Son Island , Da Mai Cape, Tai Ma Cape … Here, visitors can find pristine nature, the villages live harmoniously, crowded but still retain the pure beauty of nature. 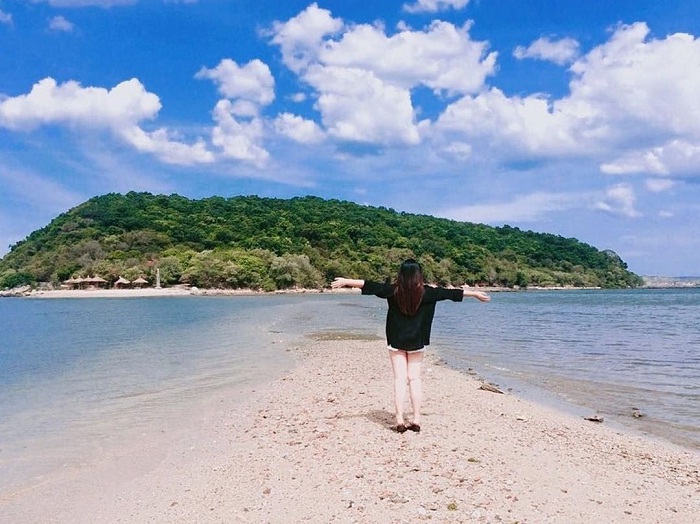 The livelihoods of the people are mostly associated with the sea, the sea is the mother that has supported them for many generations. The children here are very good at swimming, children’s laughter mixed with the sound of the waves.

Gives a sense of simplicity, extremely rustic. Therefore, the thing you cannot ignore when coming to Xuan Dai Bay is swimming. In the sun, the wind in the sea, freely waving in the cool, clear blue water, all sorrow can disappear.

For those who do not know how to swim, walking on the sand, feeling each wave on the feet, enjoying each breeze brings the salty air of the sea to the face and inhaling fresh, pure air. This place also makes you unforgettable. 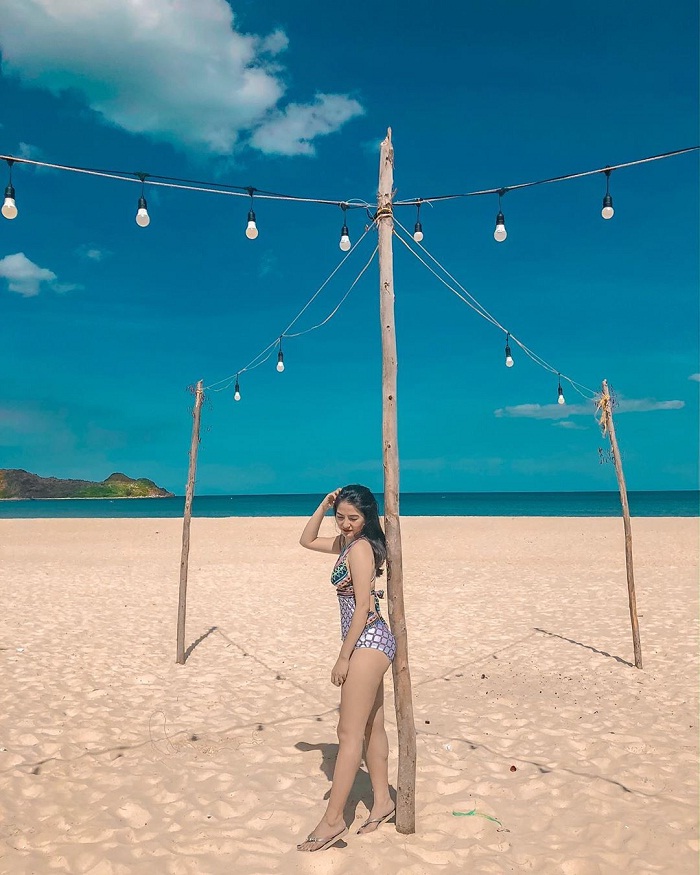 Visitors also have the opportunity to explore more miracles by sailing in the virgin wind of Xuan Dai . Experiencing and mingling with fishermen, visitors will feel more fond of the friendly, direct and assertive personality of the people of the South Central Coast. 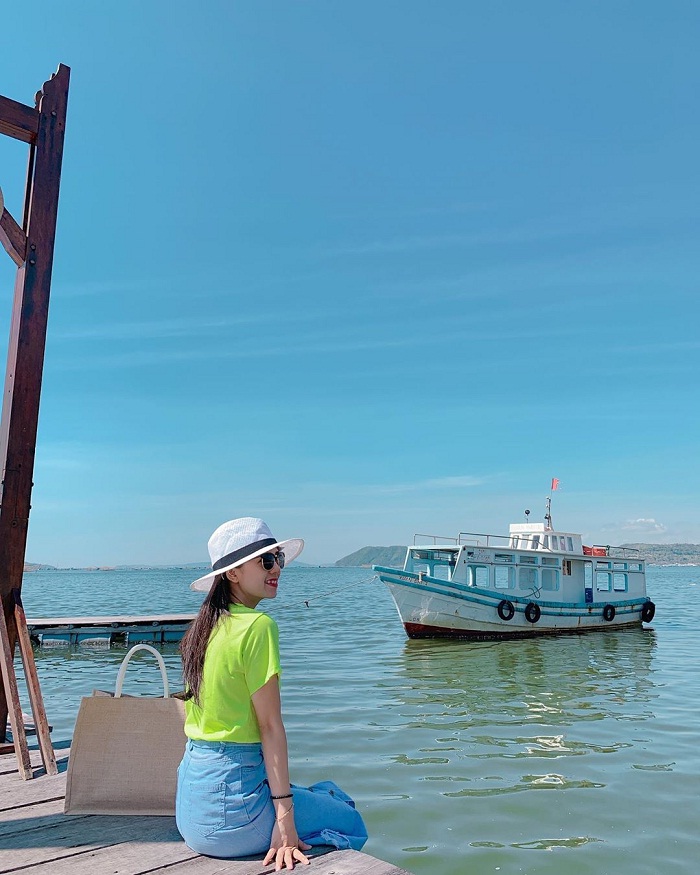 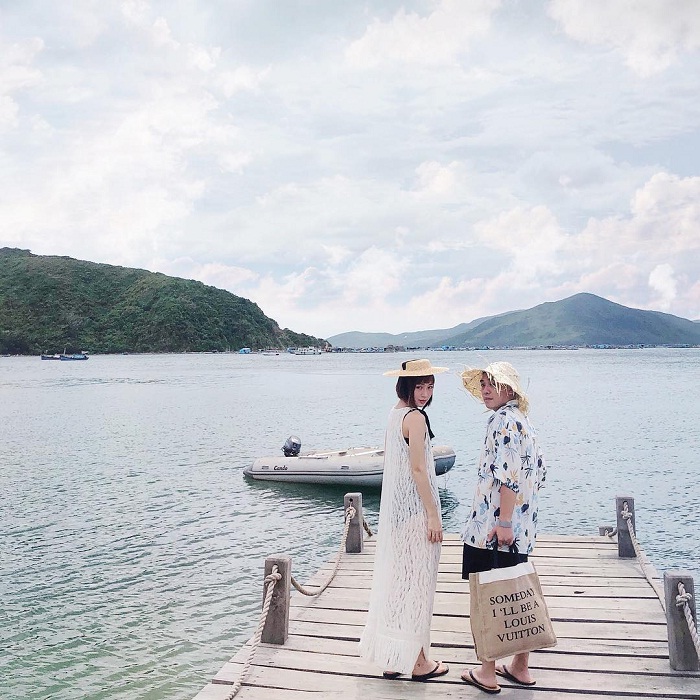 Going out in the middle of Xuan Dai Bay , you can also admire the coral and colorful fish. Here, most of them are boulders lying on rocks because there are reefs running along the coral reefs. Corals grow in clusters on rocks so they are also called coral flowers, coral dunes. On the blue background of the sea water is adorned with the vibrant colors of corals, creating a strange vivid picture. 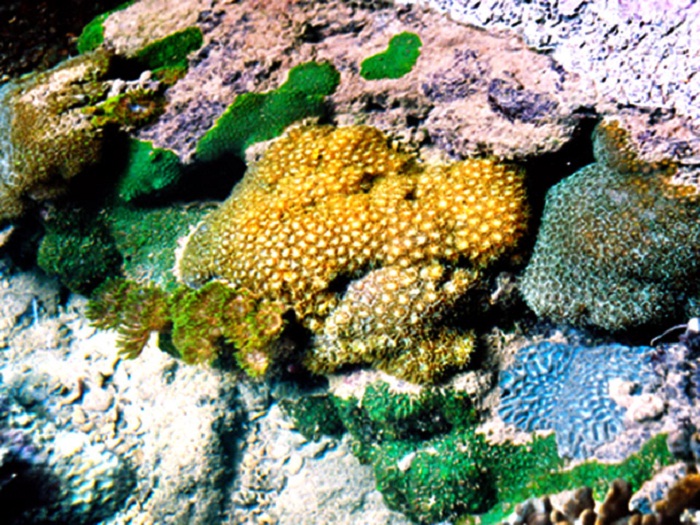 In addition, you can also enjoy a peaceful night space at the fishing village, bring a tent to camp on the beach. Early in the morning, we go down to the fishing village to pick up a fisherman’s boat to come ashore to choose the best seafood, then ask the local people to prepare it for processing. These experiences will certainly not disappoint you. 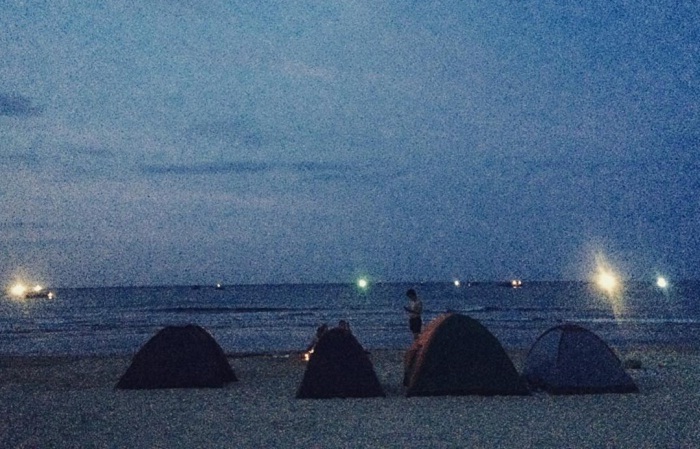 A little note is that when traveling to Phu Yen, you must carefully prepare sunscreen, hat, sunglasses and life jacket to have a trip that is not only enjoyable but also safe. What to eat in Xuan Dai Bay?

Having fun for a long time, do not forget to enjoy the delicious and attractive dishes in Xuan Dai Bay . Because it is the sea, the food here is also typical of Phu Yen cuisine, which is fresh seafood dishes. 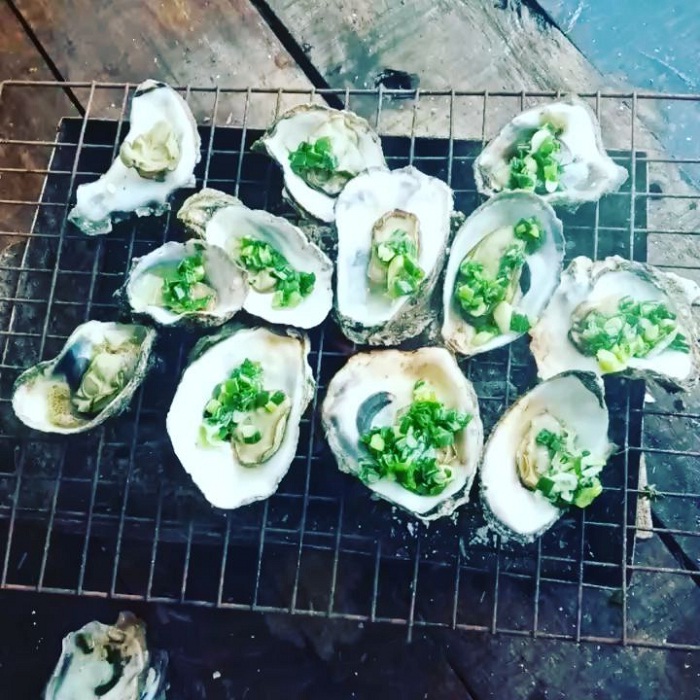 People mainly work in fishing net, often catch large fish such as cow fish, tuna … Boats, fishing boats from many places come here to choose to buy seafood. And also because the topography here has protruding rocky outcrops forming a small bow, Xuan Dai Bay is an ideal place for fish and shrimp to shelter, especially during the rough sea season. Where to rest when coming to Xuan Dai Bay?

In addition to overnight camping, coming to Xuan Dai Bay , you can also relax at the luxury resorts located on the beach. There is a beautiful and attractive sea view here, resting while drinking a sip of sweet coconut water while watching the immense beauty and tranquility of the sea, there is nothing to regret in life. Or renting a bicycle from the resort to run around the sand is not bad. 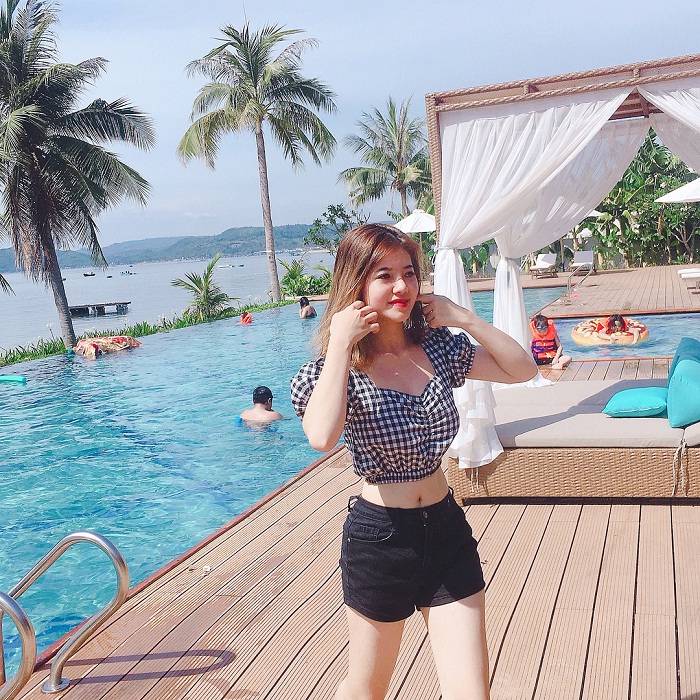 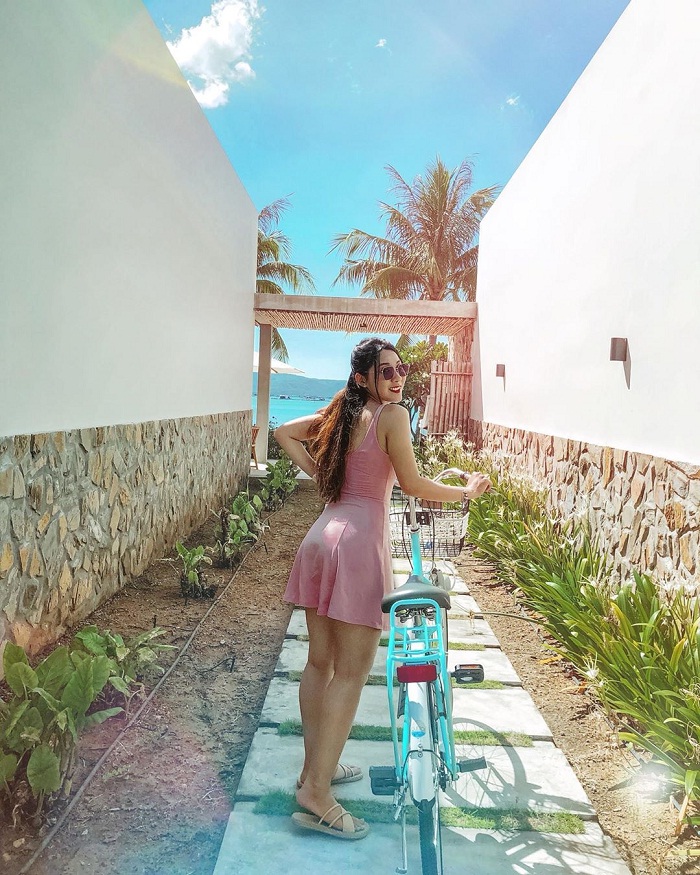 Xuan Dai Bay poetic is that what are we waiting without drooping right opportunity to come here travel buddy soon come!