Con Dao prison is known as “hell on earth”; This is a sacred and meaningful tourist destination that everyone should come when they have the opportunity to visit Con Dao.

Con Dao historical relic is located in the middle of the East Sea in the Con Dao district, Ba Ria – Vung Tau province. This was once a place where the French colonialists used to keep prisoners, within 100 years more than 20,000 patriotic soldiers were tortured and died.

The reason that the French colonialists built a prison in Con Dao was that the location was far from the mainland and difficult to move, made it impossible for prisoners to escape. Visiting Con Dao prison , visitors can combine the cemetery and nearby museums. 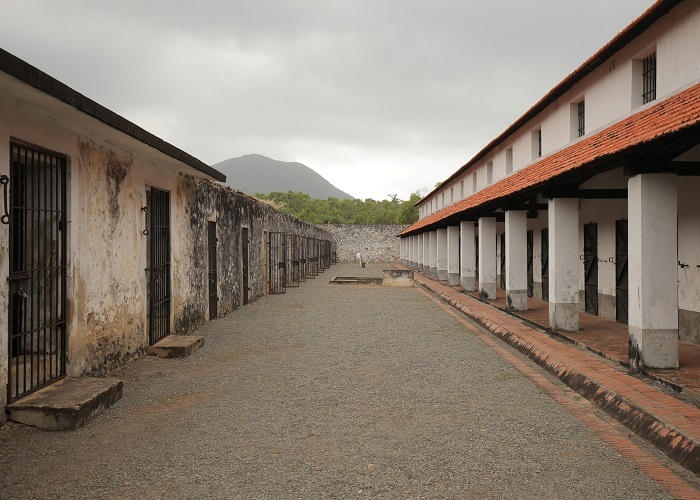 How to move to Con Dao prison

To visit this famous “hell on earth”, first of all you need to take a plane or train to Con Dao depending on the departure location. As follows:

Airplane: Move quickly and conveniently, especially the plane. Currently, Vietnam Airlines and Bamboo Airways have flights to Con Dao from Hanoi, Can Tho and Saigon. Ticket prices range from 800,000 – 1,200,000 VND (depending on the time). Estimated flight time is about 45 minutes.

Experience of visiting Con Dao prison , you can go by taxi or motorbike taxi from the airport to the hotel to check in or go straight to the prison. If you go from Con Dao market, you should go towards Tran Phu and turn left. When you finish the Tran Phu street to the intersection, turn left and go straight to Nguyen Hue Street. Next turn left, go all the way to Nguyen Hue and turn to the direction of Nguyen Chi Thanh to reach the prison in Con Dao. 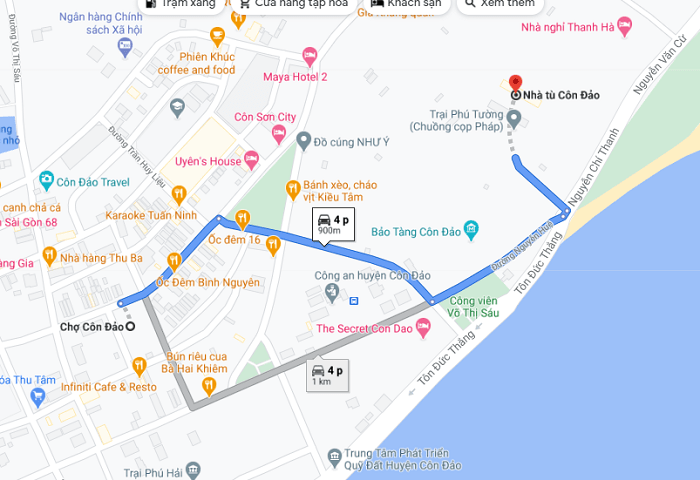 How to move to Con Dao prison

Note: Entrance fees may vary from time to time. You should also arrange a suitable tour time. 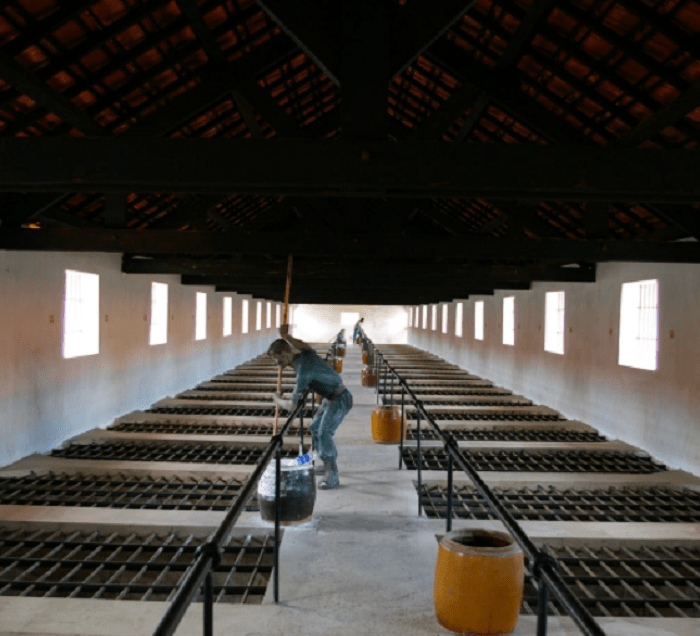 Where should I go to Con Dao prison?

The first was Phu Hai camp, built-in 1862, this is also the oldest prison consisting of 33 cells divided into two opposite rows. With 5 cells of each row will connect through 20 cells to bind prisoners. There is a room at the end of the row at Phu Hai prison that is used to torture death row inmates with extremely brutal forms. Besides the cells, Phu Hai camp also has an infirmary, lecture hall, canteen, and kitchen, but these are just things that the French built up to justify their crimes. Traveling to Con Dao, visiting Phu Hai prison, tourists will have a better understanding of the strong will of soldiers and love the nation. 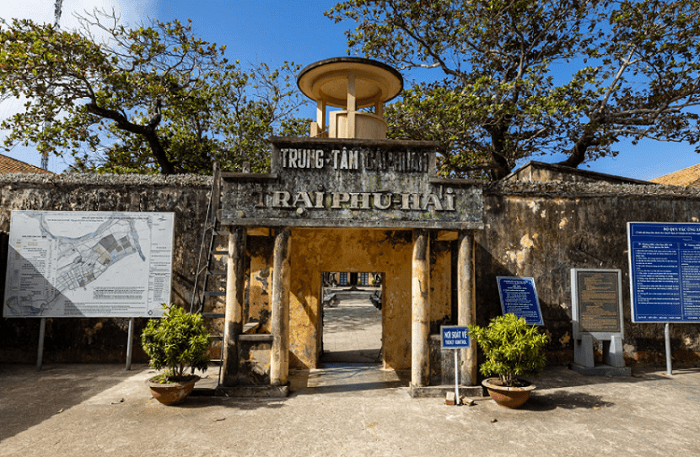 Phu Hai camp is the oldest in Con Dao prison

Located next to Phu Hai camp is Phu Son prison, built in 1916. This prison was built on a larger scale and more solid with many cells. This prison is designed like the other prisons, only larger and more brutal torture. At Phu Son prison, the French colonialists also covered the public eye when building clubs, supervisory offices, cafeterias, barber rooms, … 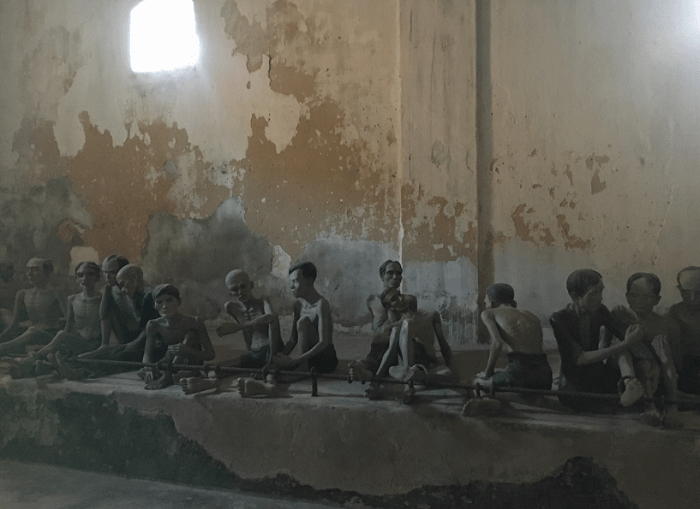 What is Con Dao prison ? Since the construction of Phu Hai prison and after 12 years the French continued to build camp Phu Tho. Initially this prison was designed with 3 blocks, but later changed to only 2 blocks and 4 rooms. Much later, Phu Tho camp was expanded with 2 female rooms to supplement prisoners in another room when overloaded. The whole on the roof of Phu Hai camp is designed with interlocking barbed wire that makes prisoners unable to escape. At Phu Hai prison, the French colonialists also built a warehouse, kitchen, garden … 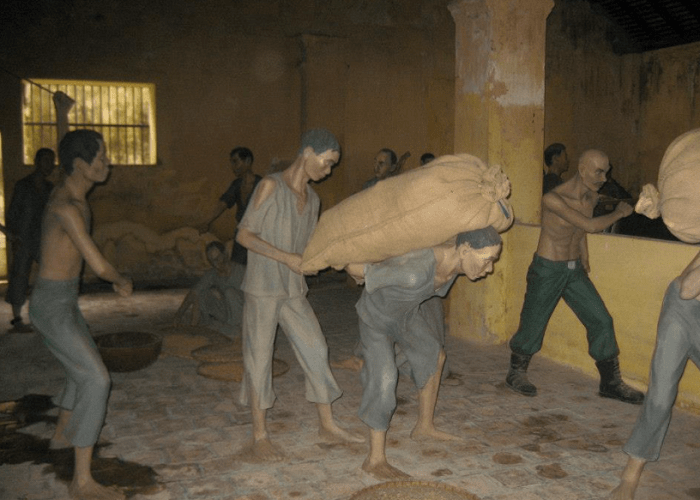 Also known as the Phu Hai Correctional Center, this is essentially the tiger barn that the French built to be full of our patriotic soldiers. Phu Tuong camp was built in 1940 and has a total area of ​​up to 1,475m2, divided into 2 zones and includes 120 separate cells. Visiting this prison, visitors will witness extremely brutal and brutal torture. Like other prisons, Phu Tuong camp was built with dining rooms, kitchens, sports facilities, and medical areas to cover people’s eyes. 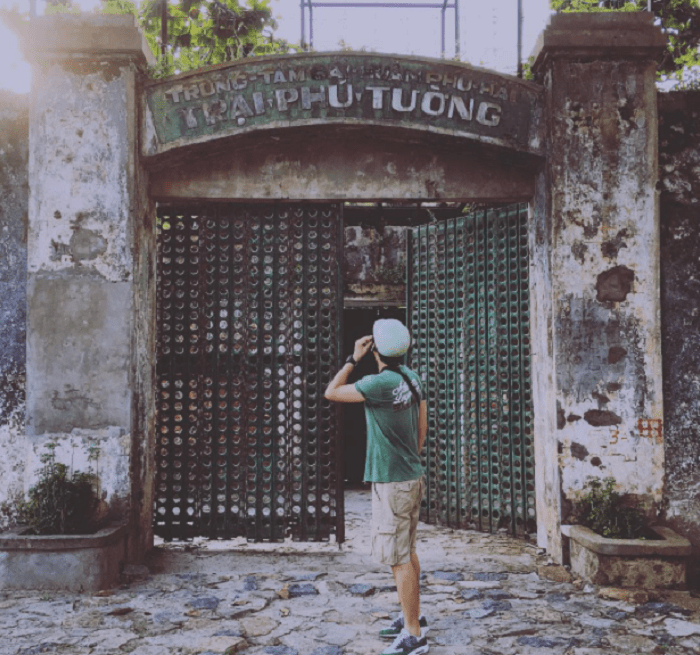 The next place to visit in Con Dao prison is the Chuong Bo area, also known as An Ninh Chuong Bo. This prison was built with 9 separate cells, 2 stables and, a cow manure storage area, and a pig school. At this detention center, the French used barbaric forms such as starving, shackling the legs, splinting bamboo sticks to the legs, beating our soldiers. The cruelest form of torture in the Cow Stables was that they soaked death row inmates into a sewer containing cow dung to slowly die off. 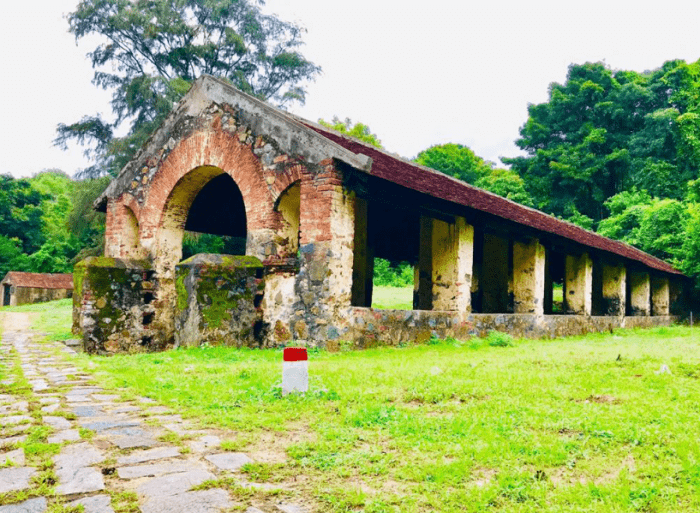 The isolated area of ​​the Tiger Cages

Also known as Phu Binh camp is divided into 2 separate zones, including 40 pens for each zone. The isolated Tiger Cages is the place to keep female prisoners with extremely cruel and cruel forms. Specifically, they roofed the enemy’s house with corrugated iron roofs and let prisoners lie under cold rocks to gradually wear out their health. More specifically, they also play loud sounds in the cell, causing the prisoners a headache, a headache, and a disease. 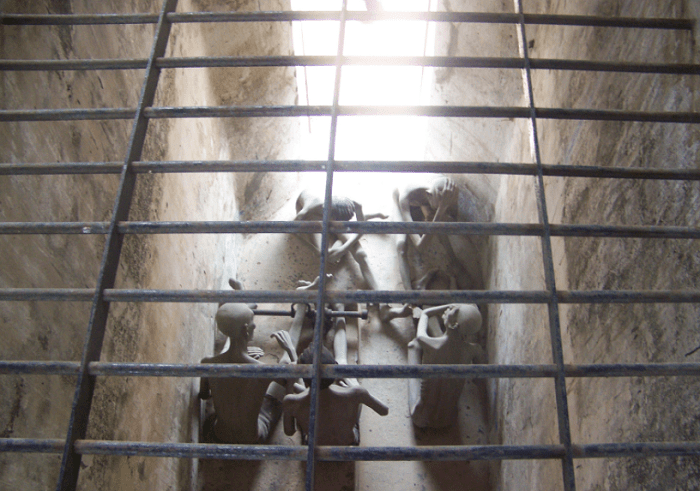 The isolated area of ​​the Tiger Cages holds prisoners 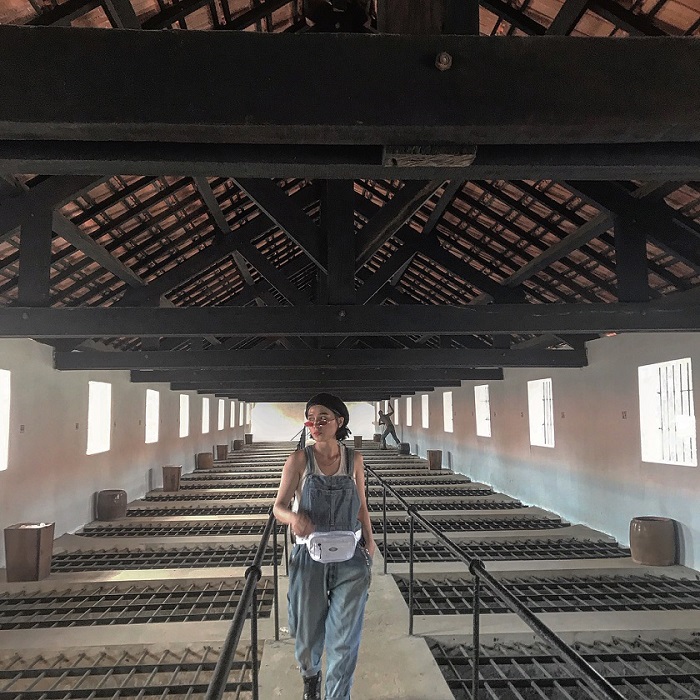 Visiting Con Dao prison , you can also hire a guide to be introduced to more details about the history, as well as the mysterious stories surrounding this prison.

It can be said that Con Dao prison is a “living witness” of the great crimes committed by the French colonialists that rang our nation during the years of fierce resistance. Therefore, if you have the opportunity to come to Con Dao, you should take the time to visit this prison to pay homage to the dead soldiers and love the nation more. 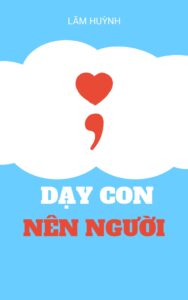