Since the release of the trailer, until the movie officially hits theaters, the audience has been stunned by the image of the canola field in the movie ‘Golden Boy’, enchanted.

According to the filmmaker ‘Cau Vang’, the immense canola field stretches out beautifully, recorded in Ninh Binh canola field – a land favored by nature to many places and places of interest. famous calendar. Right from the time the trailer was released on the occasion of the 103 years of birth of the late writer Nam Cao, it revealed a beautiful image of the mustard greens, which shook viewers, and created the first touchpoint with the audience.

The flower garden is thousands of square meters wide, located about 12km from the center of Ninh Binh city, located on the way to Thung Nham bird garden – Ninh Binh tourist attraction attracting tourists. This is also the core area of ​​the scenic Trang An and is next to the majestic Tam Coc – Bich Dong tourist area .

The field of canola flowers appeared with the image of a small dog running around with optimism and love for life, next to the image of an austere old man and a boy stork fish in the field. 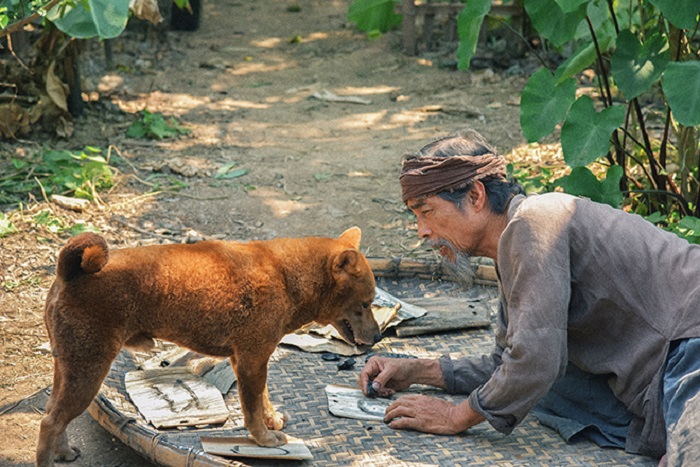 The image of the mustard field is also associated with the love story and the promise of the Stork and the Cai girl. In the midst of the immense space of yellow mustard greens, the way to separate a few rows of cabbage, Mr. Co said a promise of ‘Wait for me to buy Cai Kien from the Ba Kien house’ – this sentence became the belief and motivation for Ms. Cai to look forward to and wait for Stork’s return, after that, every time she misses Mr. Co, Ms. Cai travels in the Cai fields to reminisce about that beautiful memory. 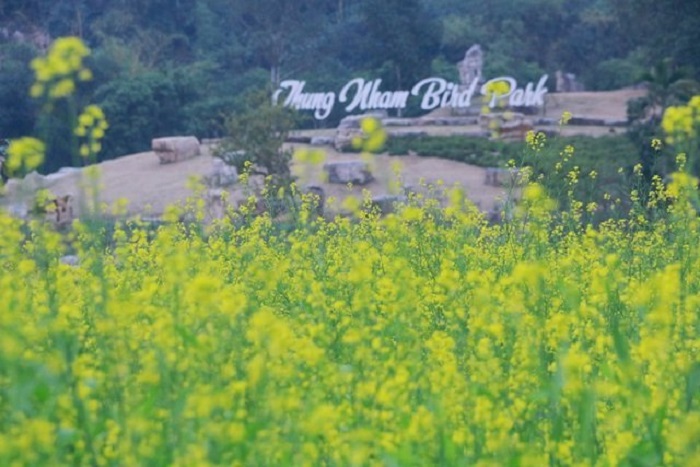 It is also in this community, the dating place of your aunt, and the happy ending to the movie ‘Golden Boy’. When Mr. Co returned, he went to Ba Kien’s house to pick up Ms. Cai and the two met under the mustard field, under the witness of a small dog, exchanging a soft kiss. The movie’s ending scene is in the beautiful canola, and if the audience observes, the blooming canola flower is associated with most of the emotional scenes of Mr. Co and Ms. Cai, like a funny note. , signaling the healing in both the emotional, sad film of ‘Golden Boy’ and Lao Hac. 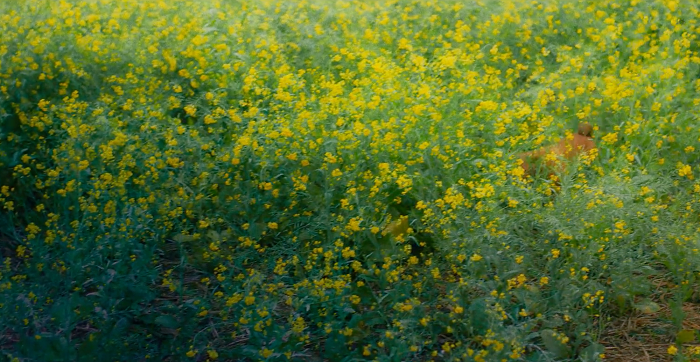 Not only in the movie, the canola field in Ninh Binh – this Ninh Binh tourist spot also attracts young people, visitors visit to take pictures every occasion the flowers bloom. The girls wearing pristine dresses, like being in harmony between heaven and earth, capture the moment in the midst of a blooming yellow canola flower garden. 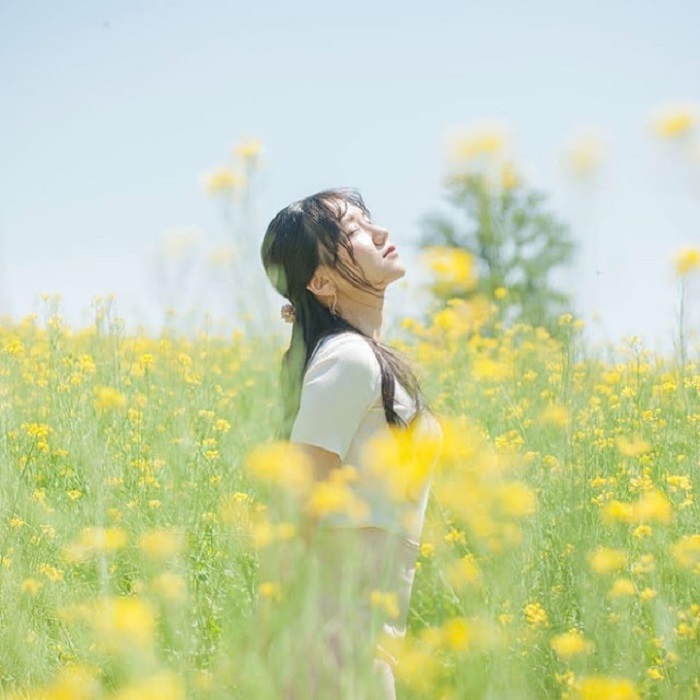 The view was as beautiful as Jeju canola season. Photo: Kenhgiaitri

The canola field in full bloom in the movie ‘Golden Boy ‘ is open to visitors from 7:00 a.m. every day with entrance tickets, taking pictures of all the miniatures in the flower garden area of ​​100,000 VND / person.

At the end of this year, when the weather is chilly, is also the time when the garden is in full bloom – becoming a beautiful place to take photos of Tet in Ninh Binh . Near the center of Ninh Binh, only less than 100km from Hanoi, schedule a weekend discovery of the canola field in the movie ‘Golden Boy’ right away! 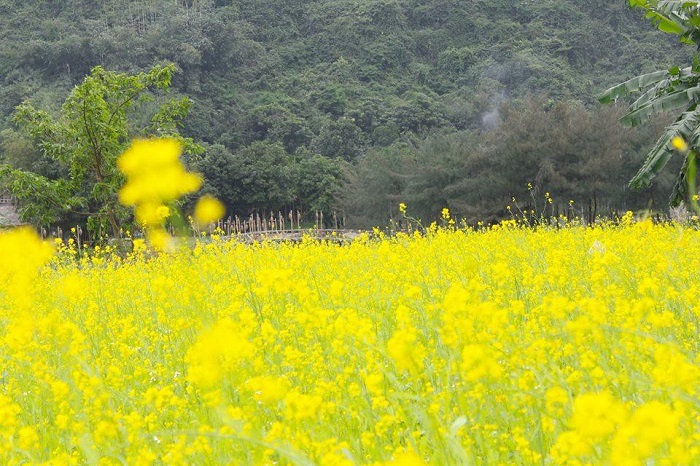 Against the blue sky, stretching to the horizon, only the yellow of the canola flowers bloomed, this scene was really rare to find. Check-in canola field in the movie ‘Golden Boy’ , causing many to think of a Korean vibes, as clear as a field of canola flowers on Jeju Island .