Nha Trang not only has golden sunshine, blue sea, or romantic islands, but it also has beautiful mountains like Co Tien Mountain, a check-in point that fascinates many tourists.

“Who’s going to Dong De, Bai Tien, Let me text Co Tien a word, Why don’t you go back to heaven? Lying forever withered that a thousand lives withered! ” These are verses about the torture legend of Co Tien mountain that is very familiar to the people of Nha Trang . This mountain stands as a solid wall, shielding the beautiful coastal city from the sea and is also one of the hottest tourist attractions of the city, attracting visitors from all over the world to check-in. . 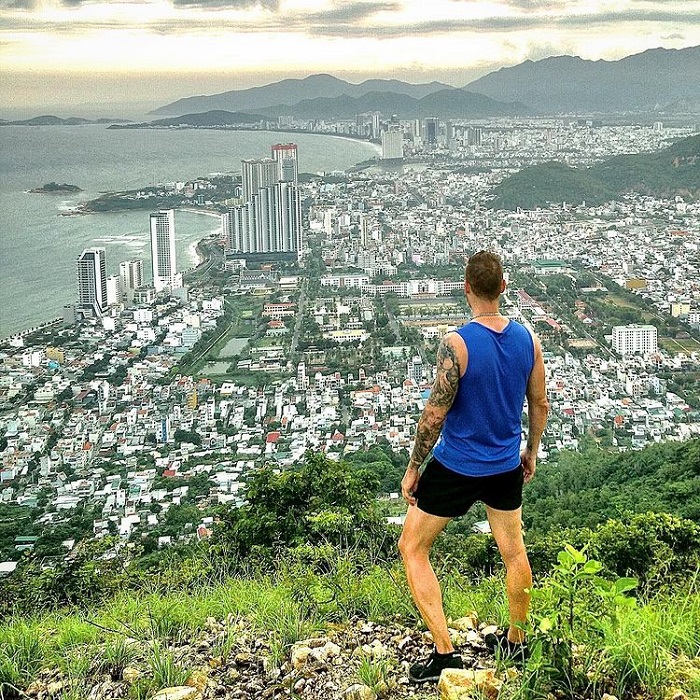 Co Tien mountain tourism is the choice of many tourists. Photo: @ kefimov.ru

Co Tien Mountain is located in the Northwest of Nha Trang city. This mountain is very special because there are 3 consecutive mountain peaks connected together like a woman lying with her hair down and her face raised to the sky. Wherever you are in Nha Trang city, you will see the Co Tien mountain range very clearly. 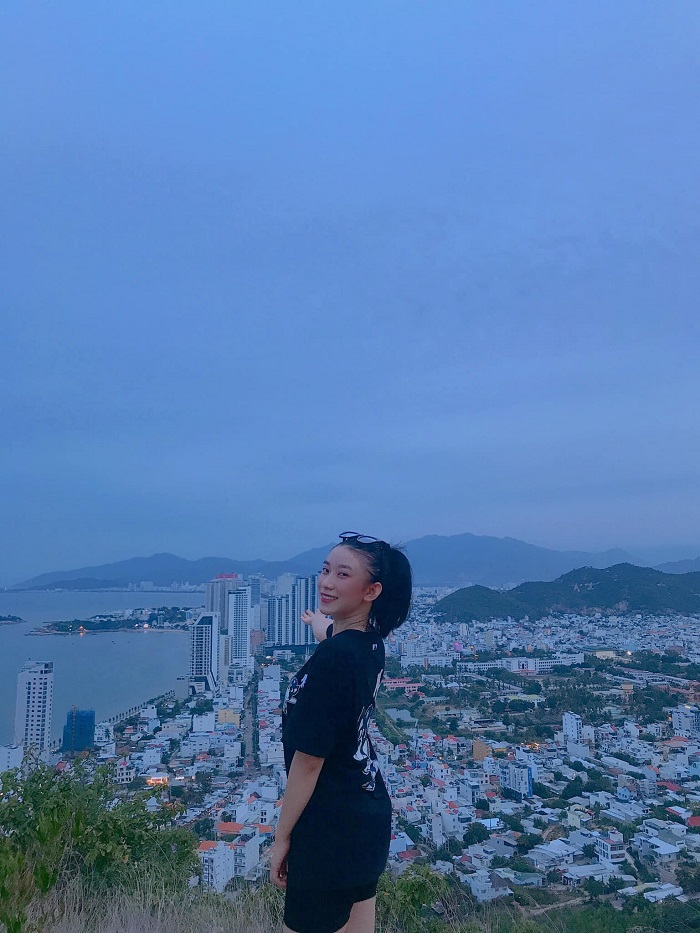 This mountain is located in the northwestern part of the city. Photo: @thuynhinguyen

Instead of islands you can “change the wind” by going to Co Tien Mountain. Photo: @staciecolor.

Legend has it that in the past, there was an army camped at Co Tien mountain, the farm general had a beautiful wife. However, once he led an army to the war, at his wife’s house, the soldiers attempted to humiliate him. The wife, due to keeping her husband’s dignity, committed suicide and lying on the mountain, from where there has appeared a mountain range with 3 mountains bearing the shape of the wife of the shogun. Therefore, people have called this mountain in Nha Trang as Co Tien in memory of her. 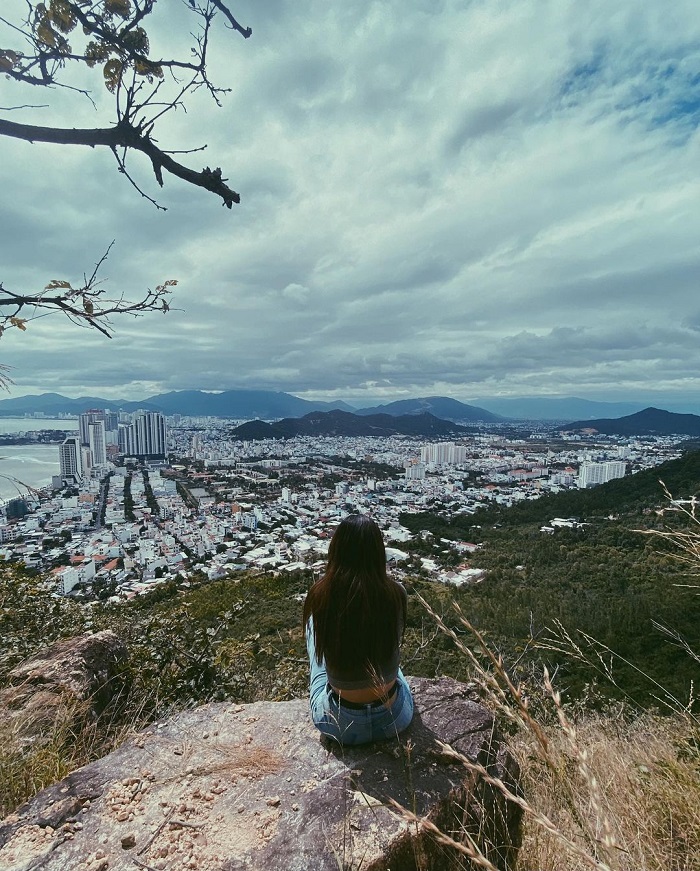 Co Tien Mountain is associated with many legends. Photo: @tranghado

There is also another legend about Co Tien Nha Trang mountain that has been handed down by local people, that in the past, people in Nha Trang had to live very miserably because on the shore there were only reed grass and forest apricots overflowing on white sand even under the sea. fish and shrimp.

People do not dare go into the sea because there is an evil demon, ready to use waves to sweep anyone into the sea and sink and eat meat. Facing that situation, people cried out bitterly, the cry for help reached heaven and reached a fairy’s ear. The fairy was moved and asked the heavenly general to subtract love, but the heavenly general was lazy, so she had to come down to the ceiling by herself. 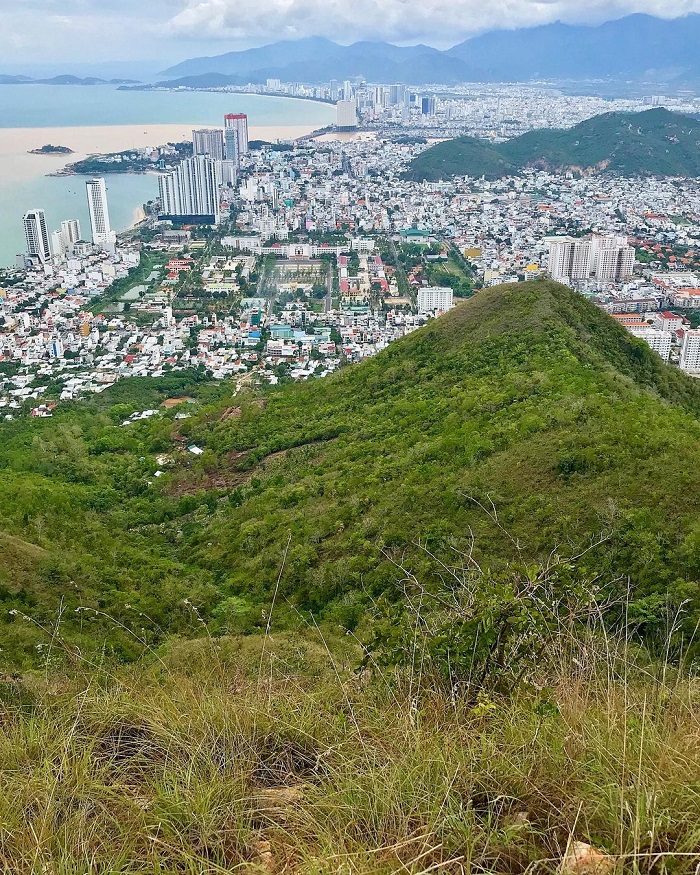 After many days of fighting, the demon was finally destroyed and turned into Chong’s island while the Fairy was seriously injured and left forever, transforming into Co Tien mountain range . Not far from Turtle Island, there is a trace of a stone imprinted with the handprint of a devil thrown at a fairy. 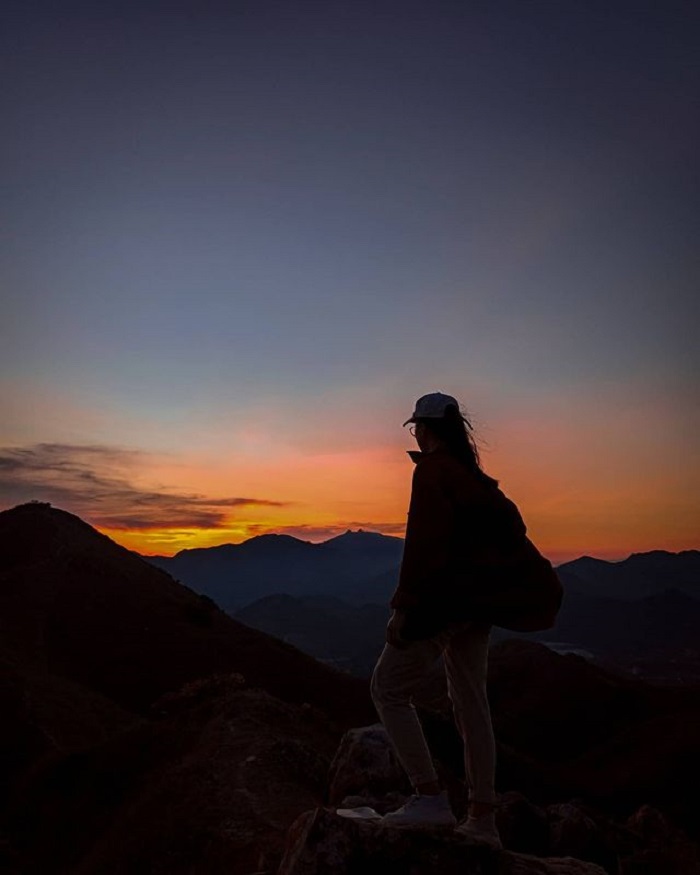 Conquering the mountain of Ms. Tien infatuated with the beautiful scenery

Coming to Nha Trang if you want to change the wind, you can step into the extremely interesting journey to explore Co Tien Mountain . If you go from the city center, you go northwest through Hon Chong, then turn right to see a small trail around the mountain. At this time you just drive along a small road to reach the road to Co Tien Mountain. 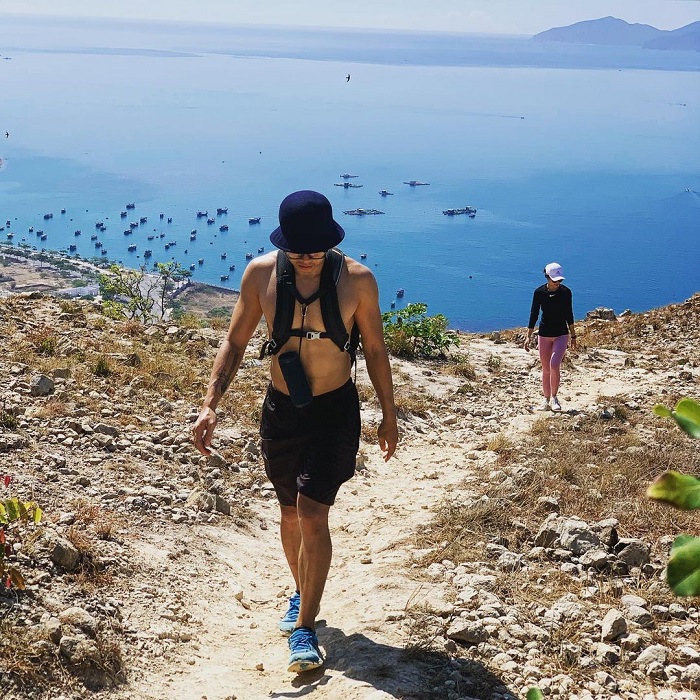 The road to Co Tien mountain is not too dangerous. Photo: @ bi.storm.0510

To conquer Co Tien Mountain, if you move fast, it only takes about 40 minutes to reach the first peak. If you are walking while taking a break, the peak time will be longer. The passage from the first peak to the second and third peak will be easier and you will feel like you are walking in a vast and windy steppe. 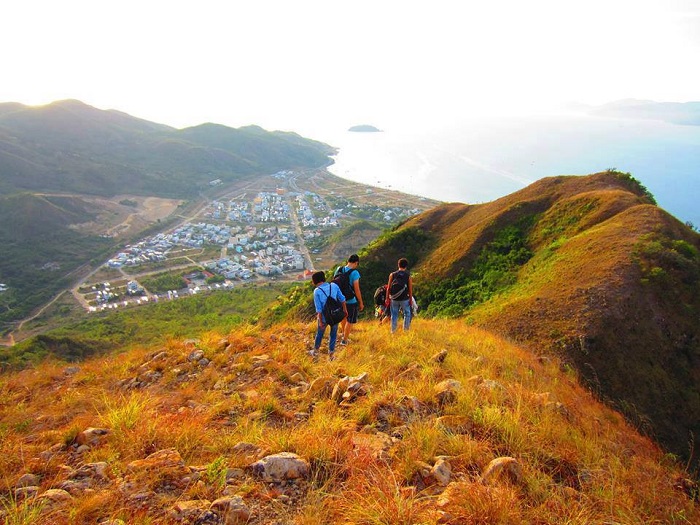 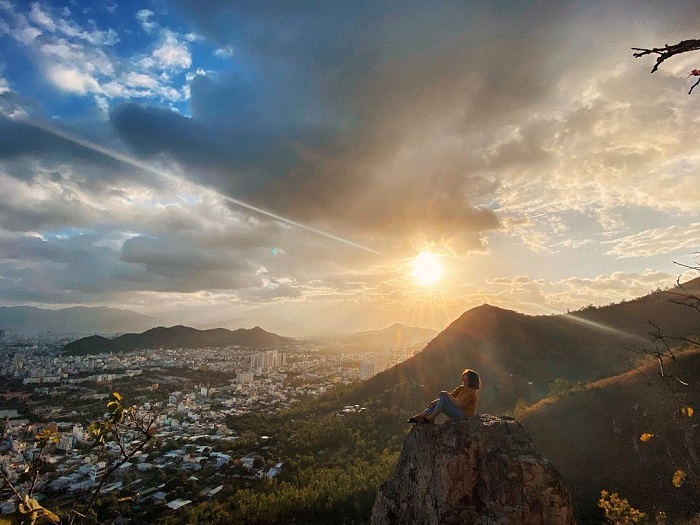 If you go up the mountain at night, you will admire the sparkling fanciful scene with flashing lights from the city and the calm night sea of ​​Nha Trang. If you want to enjoy the scenery at night on Co Tien Mountain, you should choose the form of camping with friends to ensure safety and the experience will also be more fun. 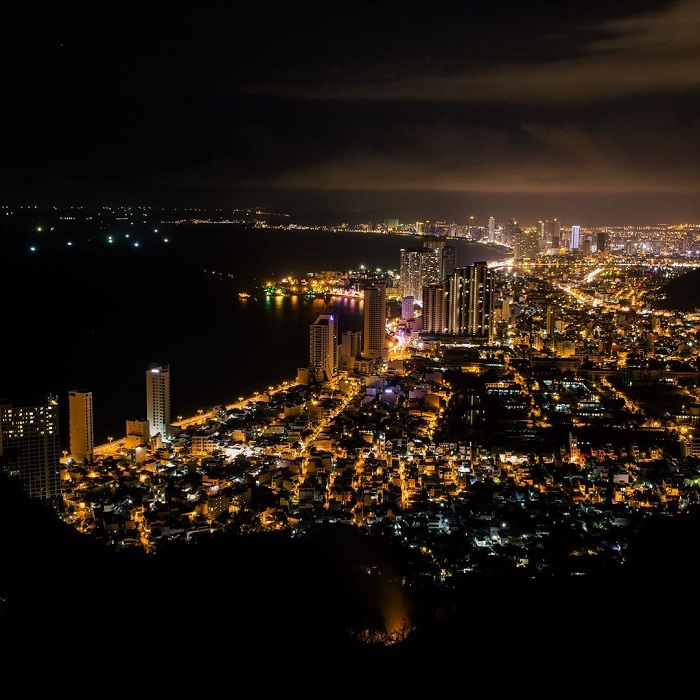 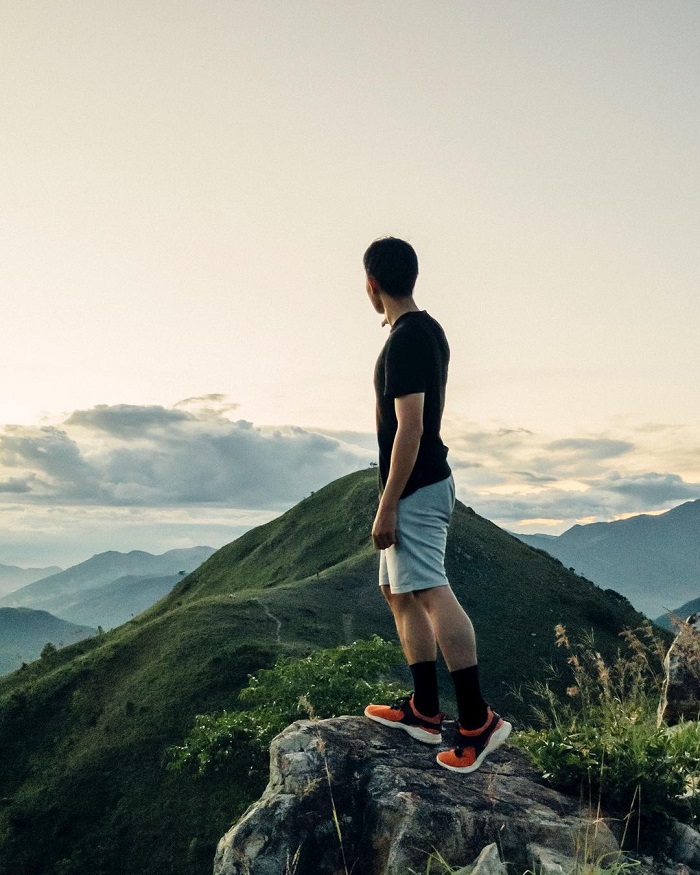 Conquering Co Tien mountain to see a different perspective of this famous coastal city around the planet is a great experience for anyone. There Nha Trang looks more beautiful, fresher, more sparkling and surely you will be hard to forget the wonderful feeling when successfully conquering this mountain.