Ta Con Quang Tri Airport is associated with the heroic historical landmarks of the nation. If you have the opportunity to go to the “land of fire”, you should once visit Ta Con airport to learn many interesting and mysterious things.

Ta Con airport associated with Khe Sanh liberation campaign in 1968. This historic site is located very close to Truong Son road about 400m to the Northeast. Ta Con Airport was recognized by the Ministry of Culture and Media as a national monument in 1986 to become a famous sightseeing destination in Quang Tri. 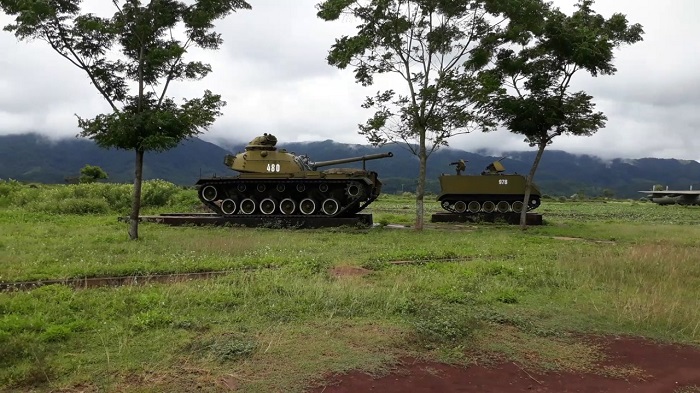 Quang Tri tourism to explore Ta Con airport, first of all, you need to move to Dong Ha town by bus, plane or motorbike. Travel time from the center of Dong Ha town to Ta Con airport is about 1 hour and 20 minutes. The road moves as follows: You go in the direction of Tran Quang Khai and Luong Khanh Thien, then go to QL / QL9B ward 3 -> go along NH9 to Khe Sanh town center -> continue to go straight for about 450m will arriveat Ta Con Quang Tri airport. If you do not know the route, you can look up on google maps or move by taxi. 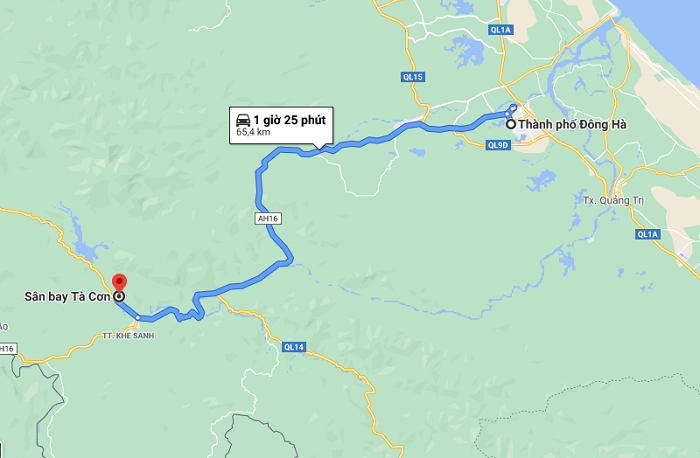 How to move to Ta Con airport

Ta Con airport has an important role in the Khe Sanh line fighting against the US army in Quang Tri. Ta Con Airport is considered the central location of the commanding board and is also the gathering place for weapons and the strongest soldiers in Khe Sanh. This place once marked the heroic victories of our nation in the war against the US. Ta Con airport is now a famous historical relic in Quang Tri attracting tourists to visit and explore. From above, Ta Con Quang Tri airport is like a basin surrounded by mountains which is meaningful as an impenetrable position. The airport consisted of arterial roads in the war, before the heroic struggle of our troops and people, the Americans decided to leave Khe Sanh – Ta Con. 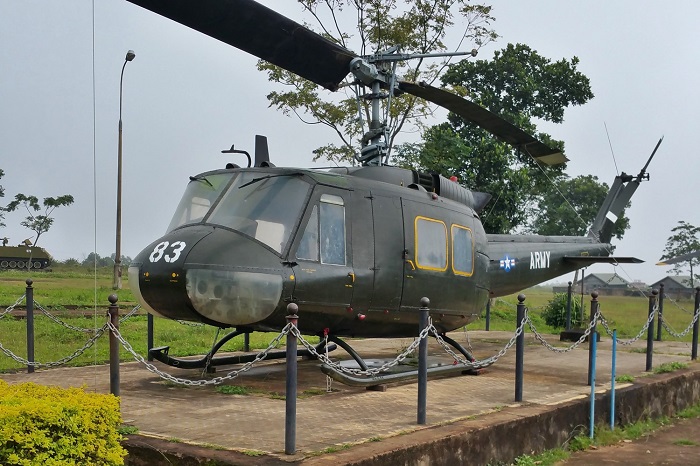 The US military aircraft are on display at the airport

Ta Con Airport has a total area of ​​10,000m2, is the departure and landing area of ​​transport aircraft, helicopters, jet fighters. Ta Con Quang Tri relic area  is designed with a very solid command post, command office, communication station and defense system. The layout of the Ta Con airport was considered extremely solid and solid, becoming an important base for our army at that time. 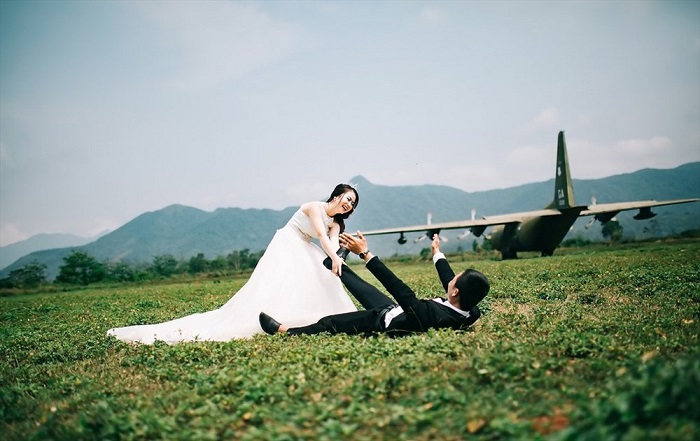 Ta Con Airport still retains important traces during the war. The remains of Ta Con airport include 5 aircraft of type CH-47, UH-1, and C130 … of which only three tanks are still intact and many of them have been rusty on display. grass. All tanks and aircraft on display on the airport lawn belong to the US military use during wartime. At Ta Con airport, there is also a museum displaying all kinds of weapons and images of the US army, exhibits of liberation troops, soldiers of the army of the instrumental regime in the 9th road war – Khe Sanh. In particular, there is also a stone stele carved to record the historical victories that the US army bombed on the battlefield in Quang Tri in the years 1965 – 1972. Along with that are the bunker fortifications. , command station communication … is also built on the campus of the airport. 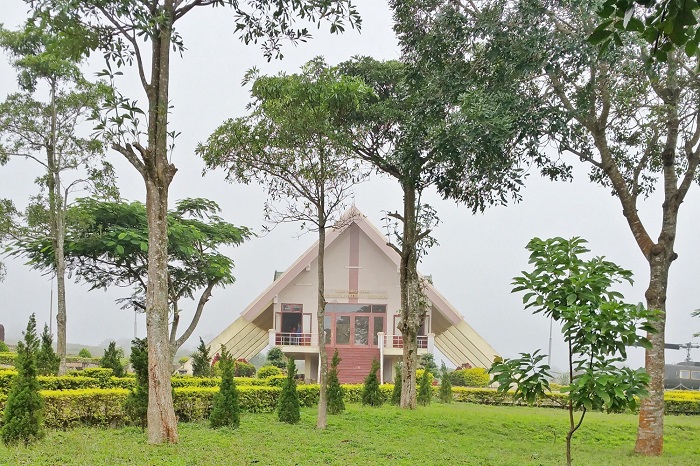 After 1988, Ta Con airport was restored, but until 2002, there were many changes. At present, the Ta Con relic area is built including digging tunnels, runways, museums, fortifications and artifacts of promotion, cannons, planes, tanks … to serve the needs of sightseeing of traveler. Currently, Ta Con airport with Quang Tri Ancient Citadel, Vinh Moc Tunnel, La Vang Holy Land, … has become a tourist attraction in Quang Tri province.

Visiting Ta Con Quang Tri airport , usually, you only take about the morning to finish. So, if you have time to explore more, you can combine with Lao Bao prison, Lao Bao border gate, Khe Sanh base camp, Ta Puong waterfall …

Khe Sanh Base: Located on Highway 9, Khe Sanh base camp in Huong Hoa district is located about 63km from the center of Dong Ha city to the West. This is an important historical relic in the war against the US in 1965 – 1966. Khe Sanh was the place where many major battles took place in the Duong 9 campaign. 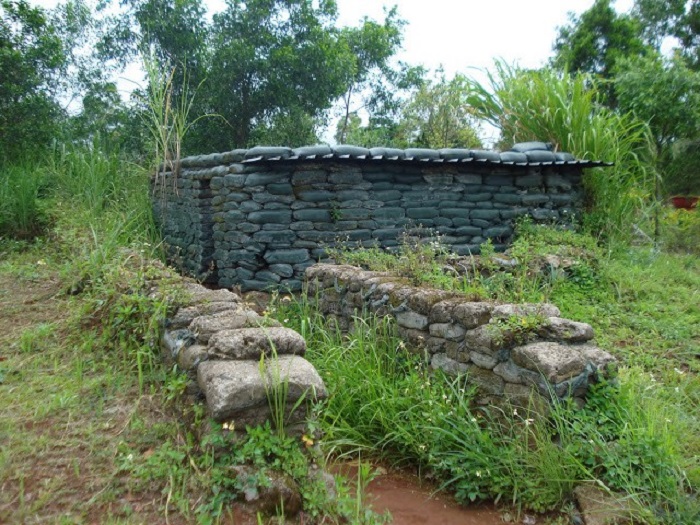 Ta Puong Waterfall: A place to attract tourists when coming to Huong Hoa, Quang Tri. with beautiful and fresh natural scenery. This is also the residence of the Van Kieu and Pa Co ethnic minorities. Coming to Ta Puong waterfall, visitors will be immersed in the fresh water and relax in the hot summer day. Besides, you can also go rafting and rowing in the middle of the lake to enjoy the beautiful scenery. 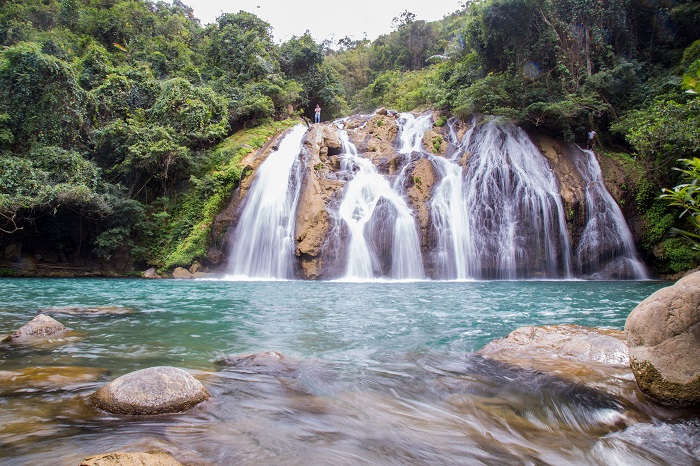 – Lao Bao Prison: This place is considered as “hell on earth” that once held many leaders of the government of our country. Visiting Lao Bao prison, visitors will witness the brutal crimes of the enemy and learn about many historical relics.

Ta Con Quang Tri Airport is a destination that you should definitely come once to explore and learn together. Hopefully, the above information will help you have a memorable trip in the “land of fire” of Quang Tri.