Although it is not Buddha land, the spiritual tourist spots in Hai Phong, such as Pho Chieu pagoda, have unique architecture, attracting visitors only.

The pagoda was built in 1953 by old monk Ngo Chan Tu – a native of Cao Mai village, Kien Xuong district, Thai Binh province, called Tam Giao Duong province, because of worshiping the three religions of the co-ethnic group: Buddhism, Confucianism and Doctrine. In 1954, when the monk Thich Thanh Quang belonged to the Lam Te sect from Vong Cung – Nam Dinh pagoda came to be the abbot, he changed the pagoda’s name to Pho Chieu and only worshiped Buddha. 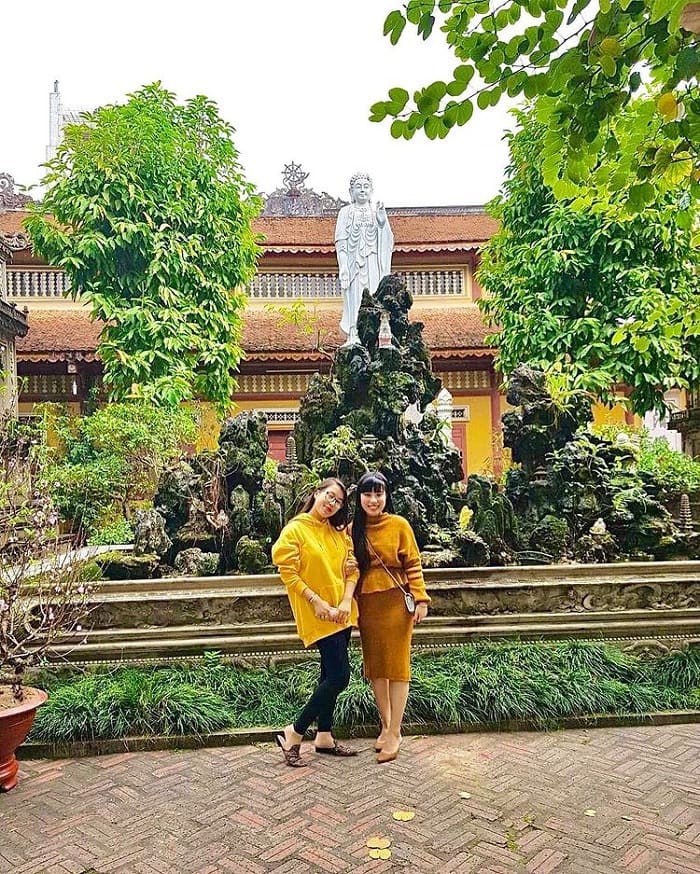 The second most famous temple in Hai Phong (Photo @ ueno.an)

According to historical documents: during the war against the French, the pagoda was one of the secret bases to hide Party cadres, in the period 1954 – 1955, it was chosen by the Labor Confederation as the meeting place. and directed the people to fight, but in the years of fighting against the American imperialism, they were allowed to become the headquarters of the director of Hai Phong City Public Security.

Over a long period of time, the pagoda has been damaged quite a lot, so in 1985, abbot Thich Thanh Giac together with the people and Buddhists restored and rebuilt the pagoda to give the pagoda its appearance. spacious as today.

Although not as superficial, palatial as the temple Cao Linh or have a long history as Pagoda Red , but the temple Pha Screening still impresses guests by the refined character u, deep and architectural style pagoda Traditional temple. 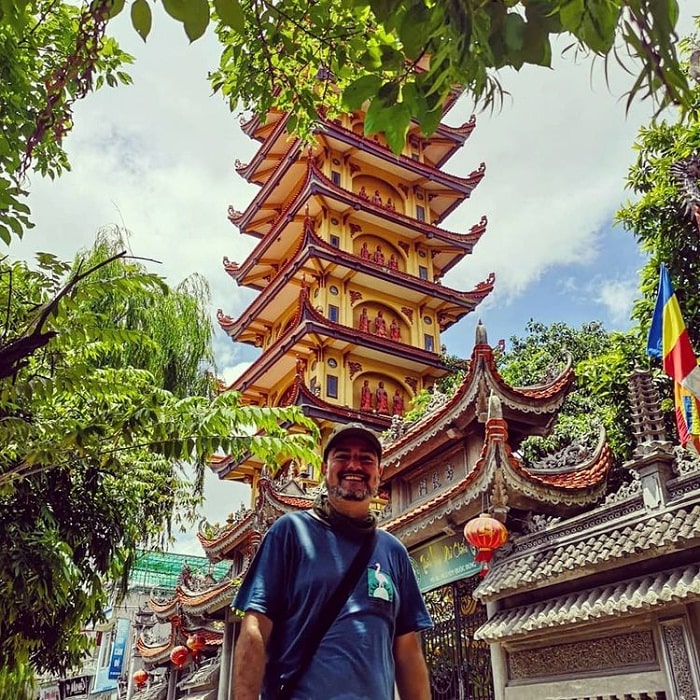 The familiar traditional architecture of the temple (Photo @itbadilla)

The pagoda is arranged on a large land facing the East, with the main temple designed in the style of “Cong”, including 5 fronts, 3 muong rooms and 3 harem rooms, around which are built on the left. vu and Huu vu.

In which, on the roof of the street, a large pot of wine is placed and the two sides of the gable are covered with a square match, on each square match there are 5 small pots of wine representing the homogeneity of the three religions of Buddhism – Confucianism – Taoism. . Although, at present, the temple only worships Buddha, but to commemorate the past, when the temple was restored, people still did not remove it.

However, the highlight of Pho Chieu pagoda is located in a small temple built in the middle of a clear blue lake, designed like a pure pink lotus, blooming on the water surface in the early sun. 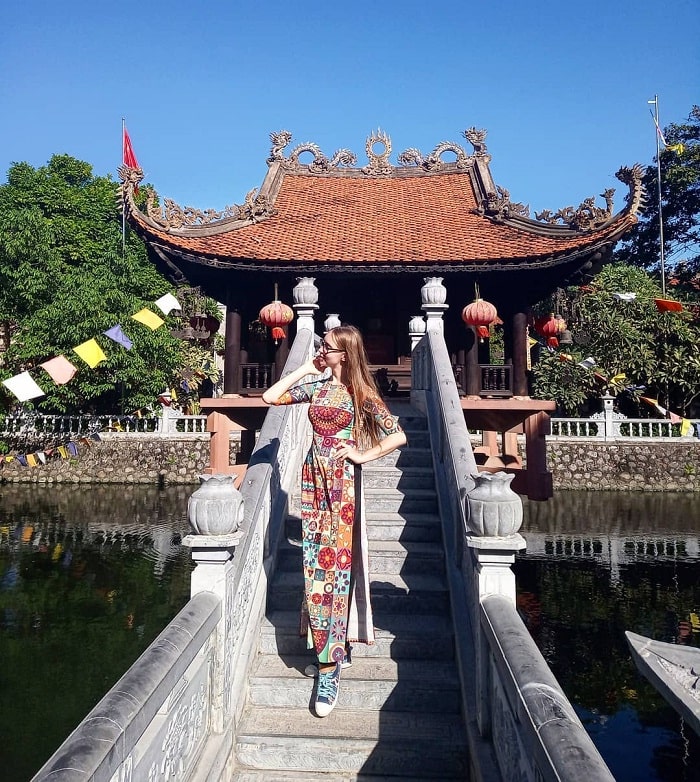 The most impressive building in the temple (Photo @theboryslavska)

And surely everyone when entering the temple campus, seeing this work will feel … familiar. Yes! As you think, it is a remake of the famous One Pillar Pagoda in Hanoi.

From the design of the main pillar, pillars, balustrades, temple roofs to the dragon phoenix motifs hovering on the roof of the pagoda are “identical to the originals”, but if you do not look closely, it is difficult to recognize. . 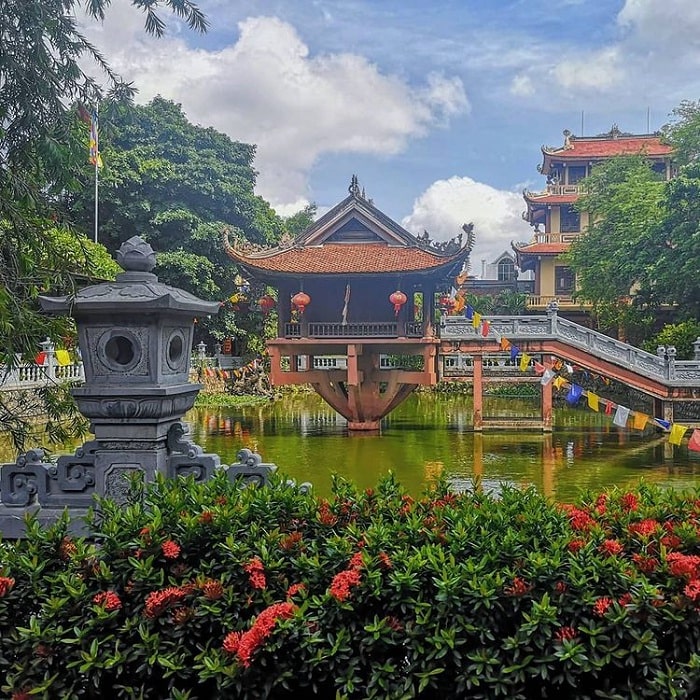 The temple is 90.95% similar to the original (Photo @viajealsudesteasiatico_)

However, there is still a difference in overall, typically in the four corners of the lake at Chieu Hai Phong pagoda, there are 4 dragons that are crawling from the water surface and towards the temple as if to guard and protect. protect that purity, making the temple exude a strange majesty.

In addition, the Nine Commentaries Lotus Tower on the left of the main hall is equally prominent, since it is built with 9 floors, so even if you stand from a distance, you can see it. On the top of the tower, there is a gourd of wine shaped like a lotus, symbolizing the gourd of Cam Lo water of the Buddha of Guanyin. 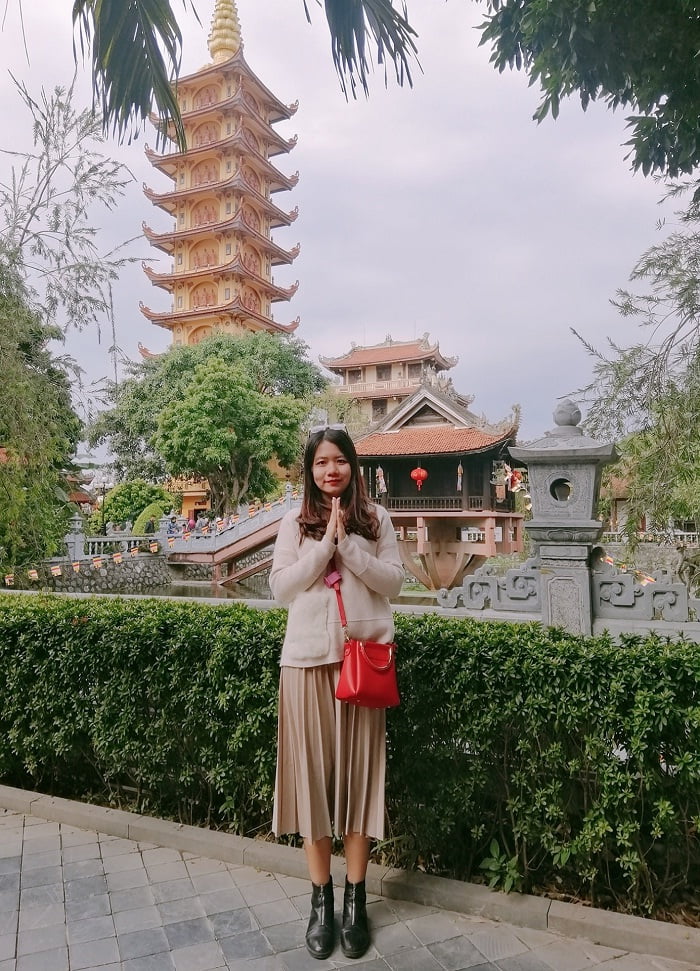 The tower stands out even from a distance (Photo: Fb Hoang Dieu Huyen)

In addition, the tower garden is to the right of the main hall – where each tower is placed inside a relic of the deceased abbots and monks in the temple, with unique architecture, bringing sacred features, also attracts many visitors to visit and burn incense to remember. 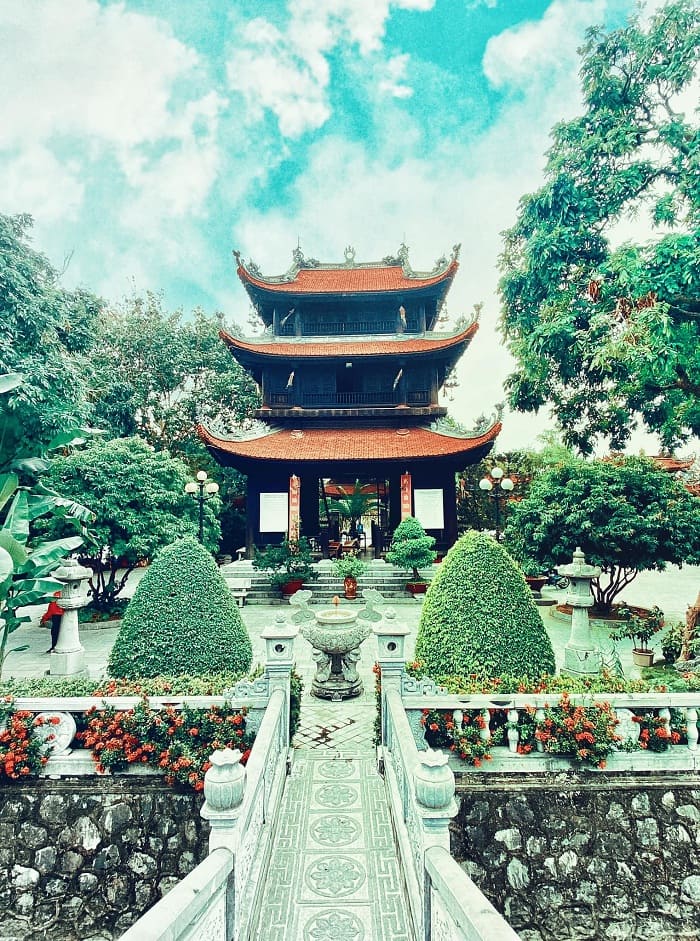 In particular, the Pho Chieu pagoda today still preserves a number of relics made of red terracotta, ancient stones and important historical relics, such as two monolithic statues of Kim Dong and Ngoc Nu in Mac dynasty, because So you should definitely not ignore it.

Because it is a sacred place, Pho Chieu Pagoda is now not only an important spiritual spot of the people of Hai Phong, but people from everywhere also come here to make pilgrimages.

Especially on holidays such as New Year’s Day, the full moon day of January, Buddha’s birthday (the full moon of April), the Vu Lan festival (the full moon of July) or the New Year … we can easily see each group. people follow each other, bring offerings and offer aroma compresses to the Buddha to pray, happiness, peace and fortune … for themselves and those who love. 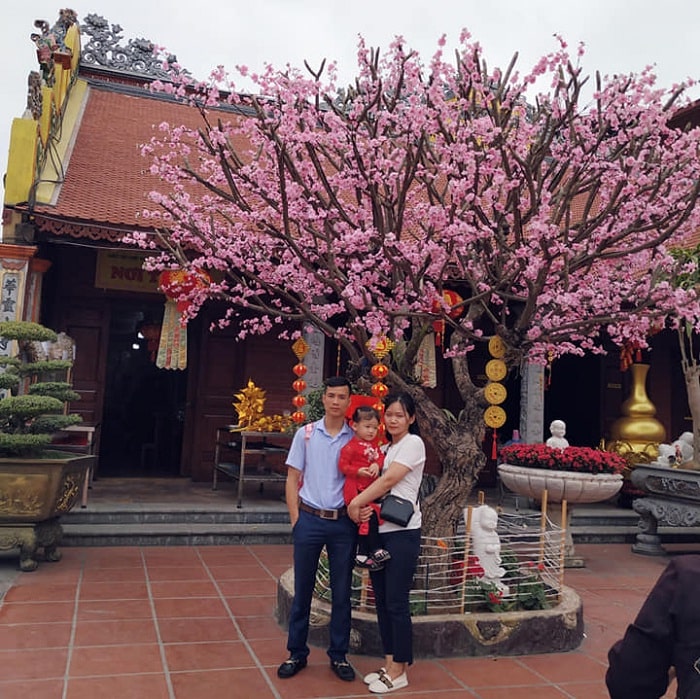 In particular, in order to cultivate compassion, blissfulness, and selflessness according to the Buddha’s teachings, Pha Chieu Pagoda also organizes many charity activities such as: creating a field of blessings for thousands of believers, helping disadvantaged children to have books. study notebook or cure for the poor … 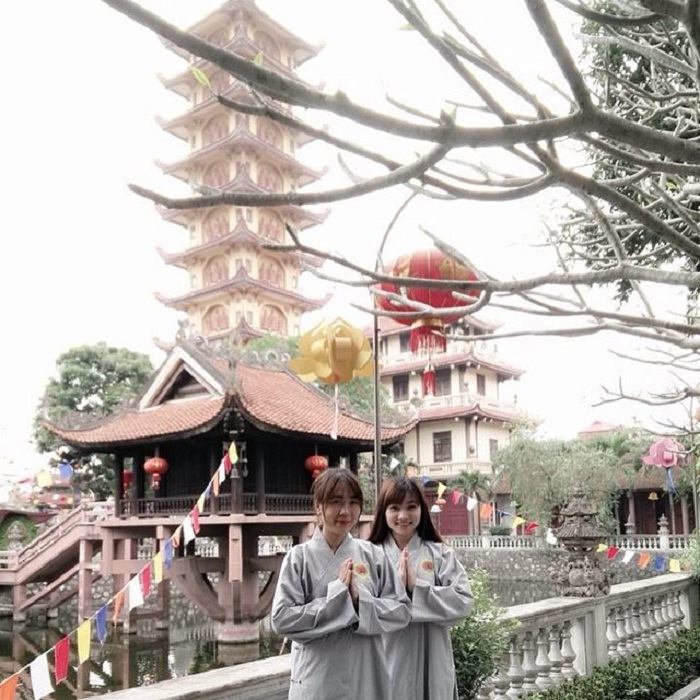 There are regular monthly retreats at the temple (Photo @ chick297)

It can be said that, with its rich human values ​​and impressive and unique architecture, Pho Chieu Pagoda in Hai Phong is a spiritual tourist destination that visitors definitely cannot leave. by.