Not only possessing many beautiful scenes, festivals in Phu Quoc also attract visitors with unique cultural features and many attractive activities. So what are the festivals?

The most famous festivals in Phu Quoc

Here is a list of the most special festivals in Phu Quoc you can refer to:

1. Festival of the Prince 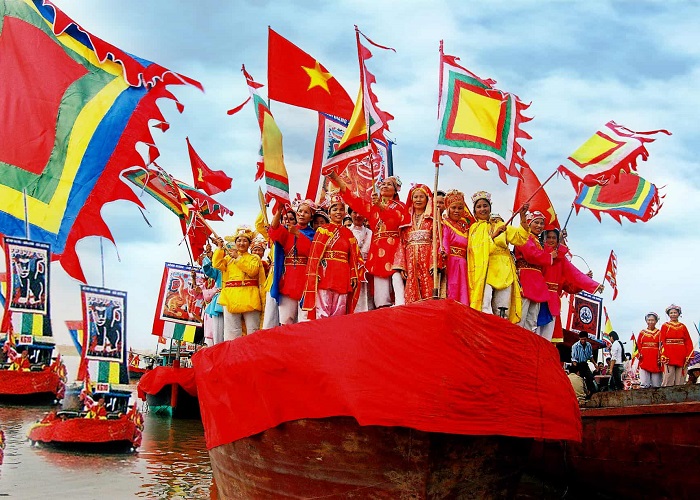 Nginh Ong festival in the seas attracts fishermen to participate

Mr. Phu Quoc’s festival is held in 2 phases: The first is to pick him up from the sea and bring him to the mausoleum. At that time, fishermen in the sea and hundreds of boats and dragon boats carried him back to the mainland. Along with that are groups of dragons, lions and unicorns bringing him inside the mausoleum. The next ritual is a ceremony and celebration when the festival is successful. The rituals at the festival are held very solemnly. If you have the opportunity to travel to Phu Quoc , you should once attend the nghinh Ong festival to learn together.

The traditional festivals in Phu Quoc must include the boat racing festival held on 30/34 every year, attracting a large number of visitors to attend. The festival attracts many people to participate, held at Dinh Cau beach. 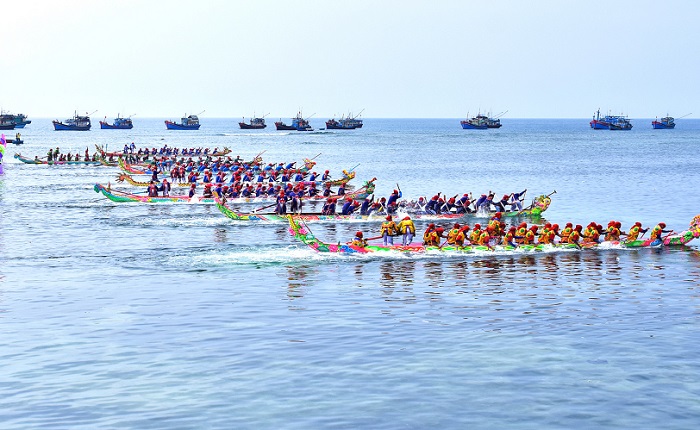 All participating teams will compete in the boat racing to win. While the teams were playing together to try their best to win, the people cheered loudly and cheered. The traditional boat racing festival held in Phu Quoc becomes a cultural beauty and attracts tourists to the pearl island. 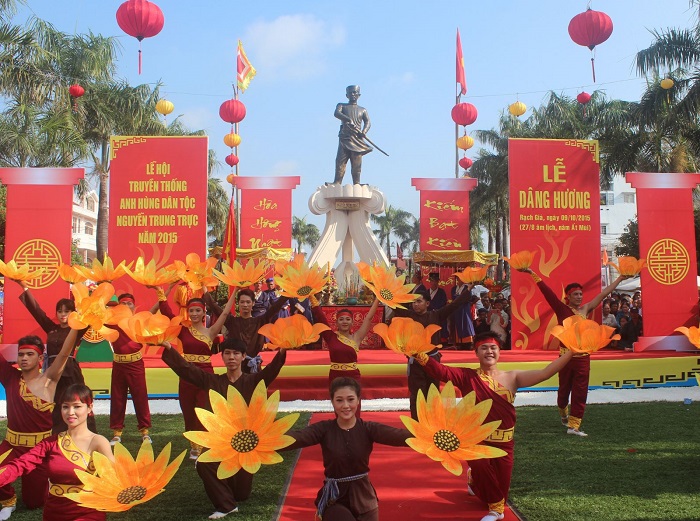 Nguyen Trung Truc festival is held with 2 main parts: festival and festival. In particular, the ceremony is performed according to traditional rituals, paying homage to the hero who has contributed the merits in the struggle of the nation. Next will be the association with folk activities revolving around this hero. In addition, the festival also has many interesting entertainment activities such as sports competition, lion dance, folk games, fair … bearing bold Phu Quoc culture.

This Phu Quoc festival is held to commemorate Nguyen Trung Truc’s wife. Her palace is located about 7km from the center of Duong Dong town. The festival is held after the Lunar New Year with many special activities. People attend the Dinh Ba Ong Lang festival to pray for good luck for a good year and the couple look forward to being together forever. 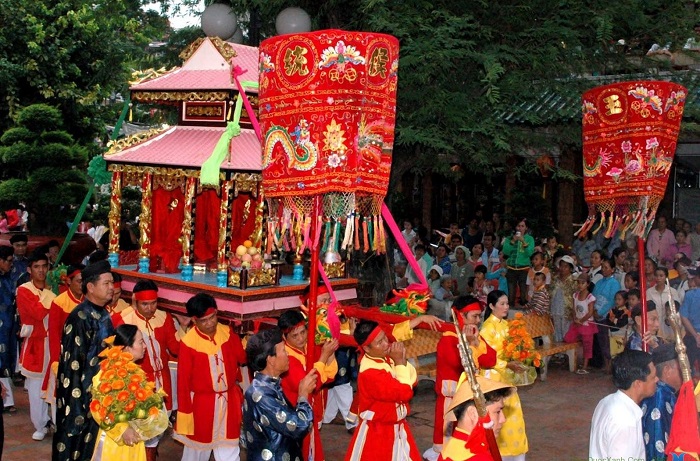 Referring to the festivals in Phu Quoc , it is impossible not to mention the Trai Dan Sung Hung Co Tu festival held on July 30 of the lunar calendar every year. The festival is held at Sung Hung pagoda near Dinh Cau , impressed with the folk design style. Visiting this temple, visitors will learn about the statue of Quan Am Nam Hai, the shrine of Chua Xu, the statue of Nguyen Trung Truc … 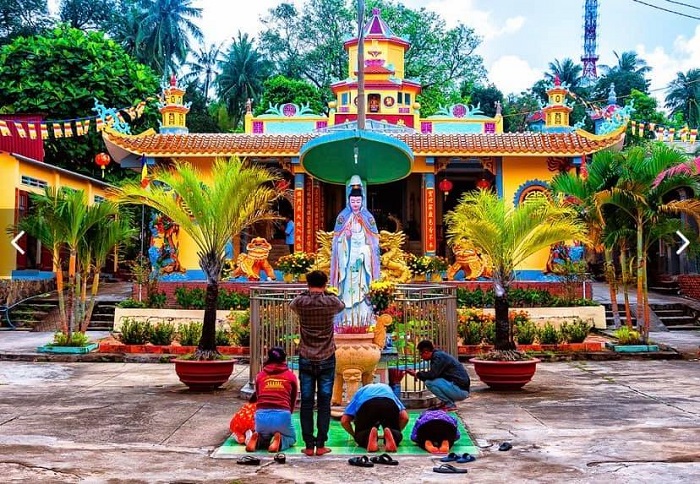 Sung Hung Pagoda was built in the late 19th century and still retains its inherent sacred beauty. Every year, on July 30 of the lunar calendar, at Sung Hung Pagoda, there is a great ceremony of Trai Dam with rituals such as Dong Dan, Cong Phu, Thieu Dien Thuong Gian …

Duong Dong Dinh Than Festival has become a typical cultural feature of the people of Phu Quoc. On the days of the festival, crowds of people and visitors came to attend. Than Duong Dong Communal House festival is held to commemorate those who have made merit in building the village and reclaiming. 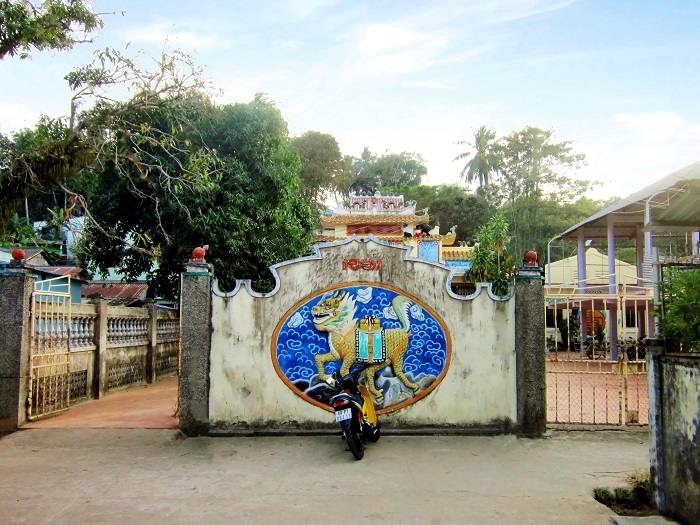 Above are the top 6 festivals in Phu Quoc that are famous and attract the most tourists , if you have the opportunity to visit pearl island, you should once come to attend and learn about unique cultural features.