Not a Buddhist land or a holy land, but each spiritual tourist spot in Cao Bang has its own unique feature that makes visitors fall in love with you when coming to.

Spiritual tourist spots in Cao Bang that you should not miss

Tich Truc Lam Ban Gioc Pagoda is not the oldest but largest pagoda in Cao Bang with an area of ​​more than 3 hectares and the most famous in the far north because of its picturesque scenery. 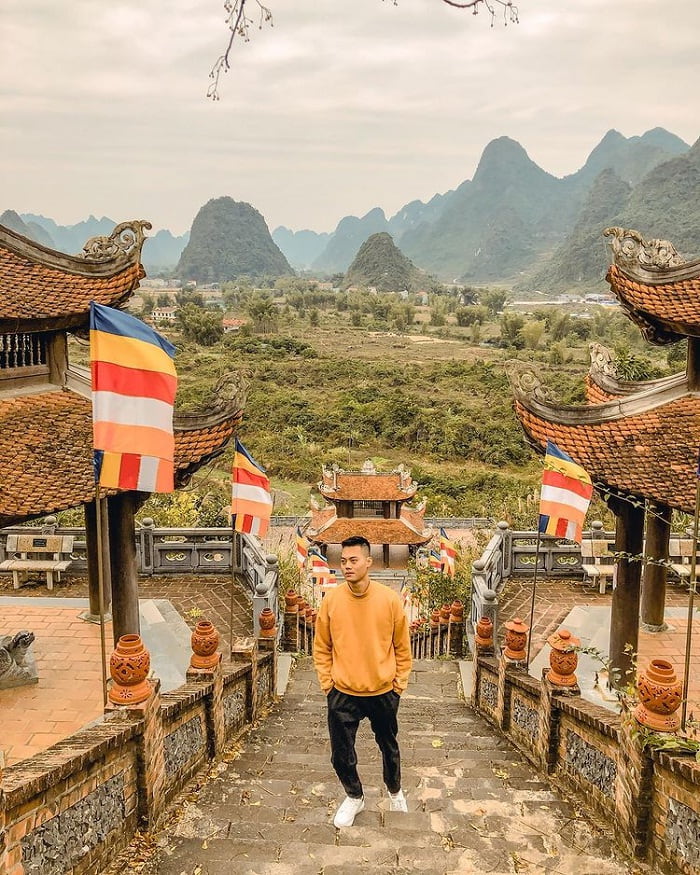 The temple has a charming view (Photo @ lexson97)

This spiritual tourist destination in Cao Bang is built according to the traditional Vietnamese pagoda’s architecture, which is a tile roof that is roofed with bright red bricks, the tail is arched to the sky like a blade and carved with delicate dragons, phoenixes, and dragonflies. spectacular.

In addition, the pagoda is also designed with a lot of works to serve the needs of worshiping and visiting visitors such as Tam Quan gate, Tam Bao building, Quan Am Bo Tat statue, Temple of Trieu To Hung Vuong, house To worship Duc Thanh Tran, La Han garden and Eden garden … 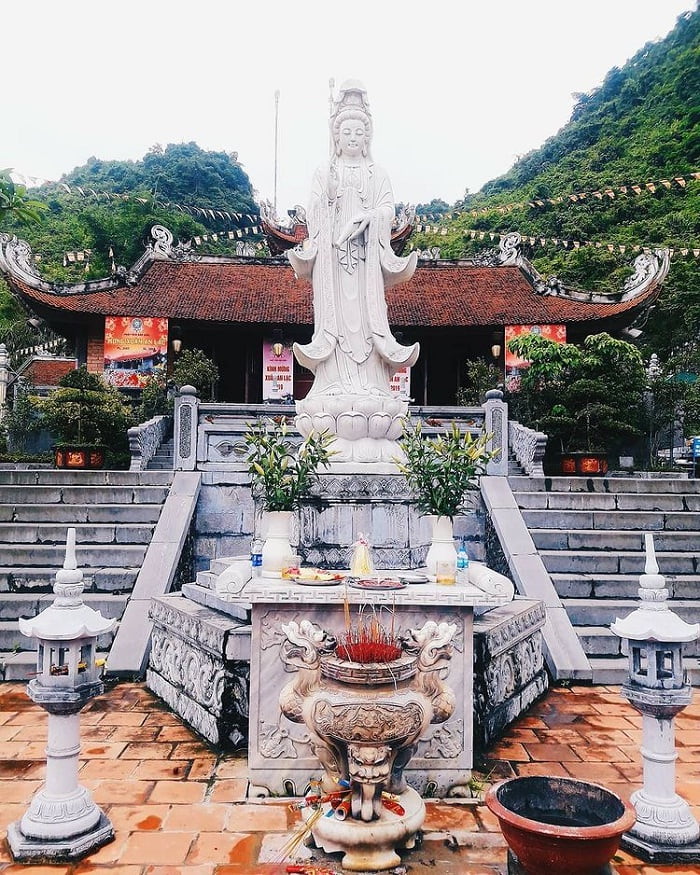 However, the most special feature that makes this place one of the most popular tourist attractions in Cao Bang is the majestic but poetic scenery around, with lush greenery and undulating mountains. , hidden in the morning mist … makes me feel like I’m lost in a fairyland. 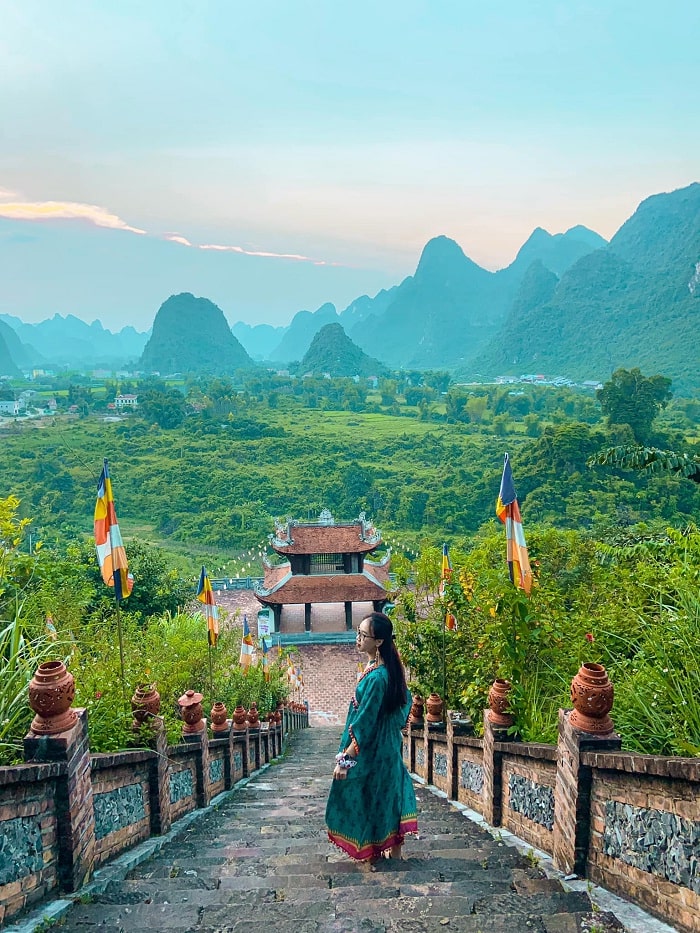 Moreover, Tich Truc Lam Ban Gioc Buddha Temple is just 500m from Ban Gioc waterfall – famous landscape of Cao Bang about 500m, so you must definitely not miss this charming fairy place in your travel .

Pho Old Temple is a temple built on Old Street, so it is easy to remember by people. But the pagoda scene is “old” as its name, because according to historical documents, the pagoda was built in 1679 during the third Lê year in Vinh Tri.

Although today, this work has been remodeled and repainted to make it new, but traces of time imprinted on objects still cannot be erased. Moreover, the pagoda is quite small, so the space is always peaceful, quiet, just a breeze can hear the sound. 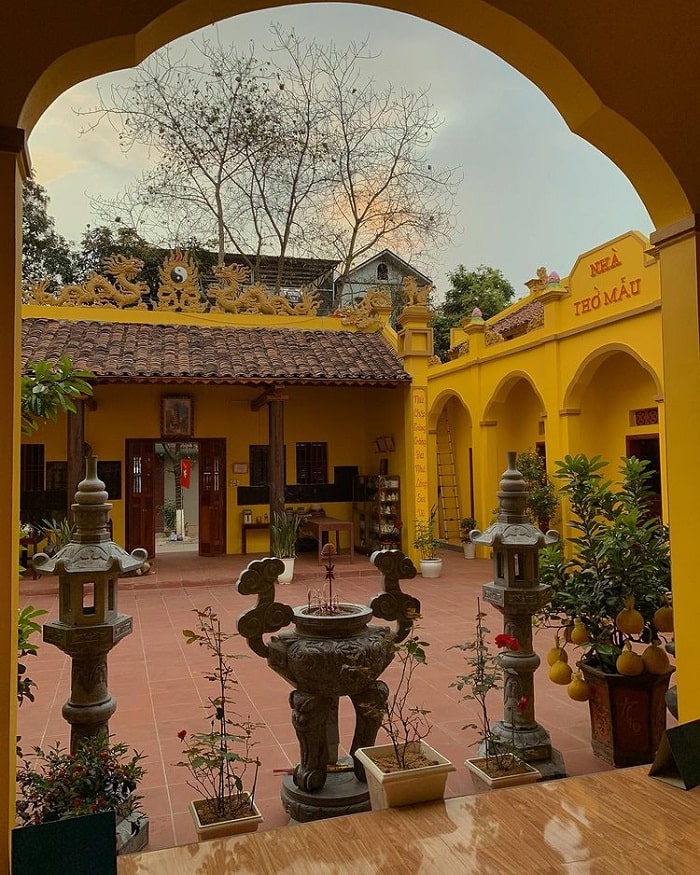 Although the temple was renovated, it still has a hint of the ancient style (Photo @huusonbui)

This spiritual tourist destination in Cao Bang not only worships Buddha but also the Holy, especially also preserves many precious treasures such as 5 stone steles that the Nguyen kings themselves donated to the pagoda. it has been recognized as a provincial level cultural and historical site.

Built in 1053, now nearly 1000 years old, Ky Sam Temple is not only the oldest spiritual tourist destination in Cao Bang but also one of the oldest temples in the country. 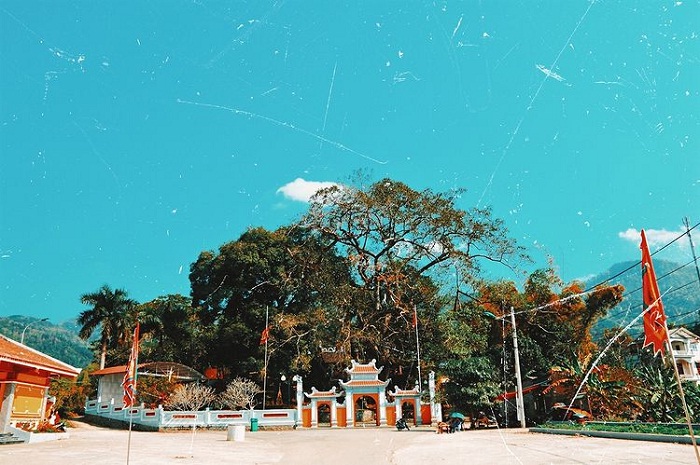 It is known that Ky Sam is a good general in both literature and martial arts, though many times lured by the Song army, he still refused to obey and fought hard for the independence of the country until the last moment. Therefore, that small temple is always crowded with people passing by to burn incense to express gratitude and love for him. 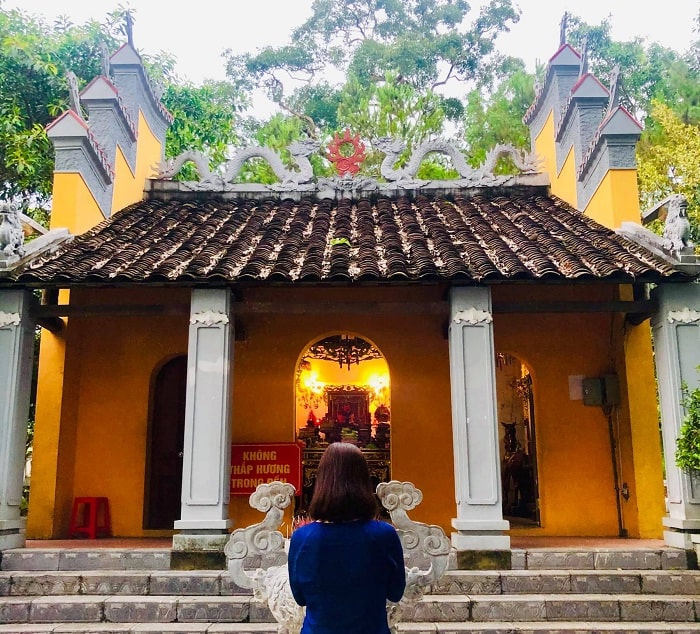 Revealing, if you come to this spiritual tourist destination in Cao Bang on January 10 every year, visitors will be immersed in the unique festival space of Ky Sam Temple to commemorate the great leader of the nation. Tay Nung, with games, dances and specialties of the people of the northeastern highlands, will definitely be memorable memories.

One of the impressive spiritual tourist attractions of Cao Bang that tourists cannot ignore is Dong Lan Pagoda or Thach Sanh Pagoda – a provincial cultural historical relic recognized in 1997.

The architecture of the pagoda is quite simple with the familiar “Dinh” script and includes 1 main hall, 5 front-street pavilions and 1 To church like many other traditional temples. However, this spiritual tourist spot in Cao Bang is special in that it is planted with a lot of trees, stretching from the porch to the courtyard and surrounding gardens, so when you set foot through the three-door gate. also saw a stream of fresh, fresh air rushing in, very pleasant. 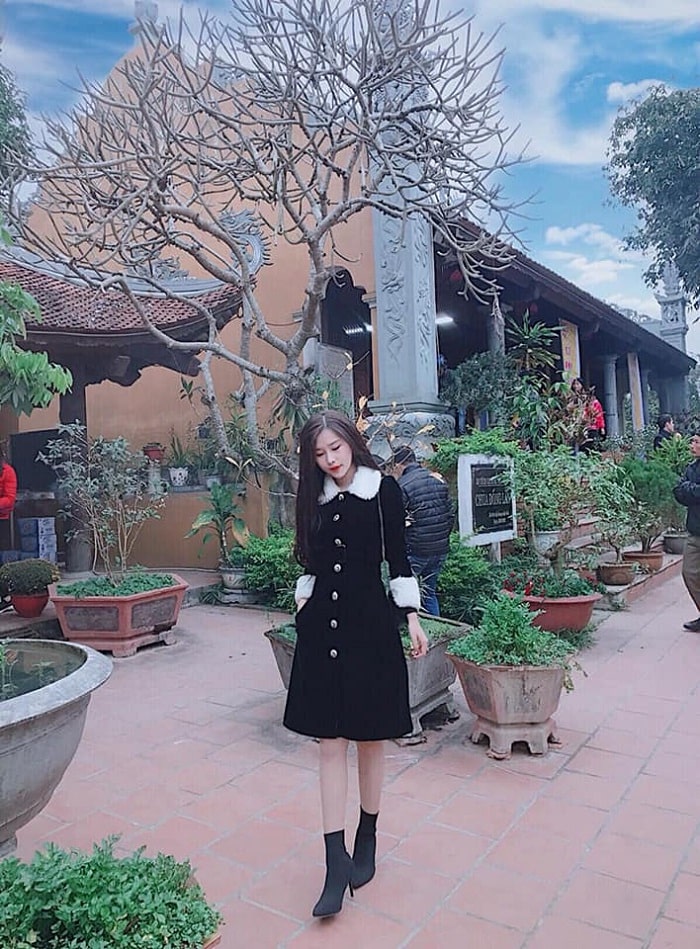 Moreover, Dong Lan Pagoda is also a rare temple chosen by Buddhist associations in the province many times to hold Buddha’s Birthday and major Buddhist festivals of the province, so if you are looking for a peaceful place To calm the soul, do not miss this place.

Da District pagoda is an ancient spiritual tourist spot in Cao Bang , built in the early 17th century of the reign of King Can Thong to worship Da District public Mac Ngoc Lieu. This temple does not have a unique architecture, outstanding location or charming scenery, but still impressed by two bells considered as “treasures” of Cao Bang province.

It is known that these are the largest bells in the country, with a height from 1.55m to 1.75m, mouth wide 0.95m to 1.07m, all cast with copper alloy, so extremely heavy. However, their hanging straps are very short, only about 20cm, making anyone coming here can not help admire and be surprised. 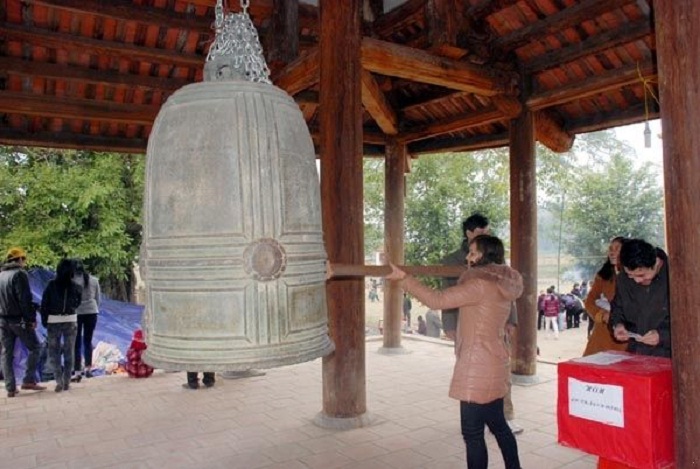 In particular, on every spring festival on January 9, people coming to the pagoda will eagerly beat the bronze bell, because its sound resounds like thunder, vibrating hundreds of miles, extremely impressive.

It can be said that, besides the charming landscapes and revolutionary monuments, the spiritual tourist spot in Cao Bang also has a very special attraction to hold tourists.