Hai Luu stork garden is one of the most famous ecotourism areas in Vinh Phuc. Not as wild as Dai Lai lake, not as large as Tam Dao National Park, Hai Luu stork garden has a very unique beauty, very poetic and extremely peaceful. Discovering the Hai Luu Vinh Phuc stork garden eco-tourism area, you will be immersed in the beautiful natural scenery and experience many other interesting things.

Hai Luu stork garden eco-tourism area is located in Dua Le village, Hai Luu, Song Lo, Vinh Phuc province, about 17km northeast of the district capital (Xuan Hoa town). The resort is a remnant of the former Hai Luu forest, protected and managed by a family in the village. In 1958, this place just started to have birds and storks flying back to nest.

Hai Luu stork garden has a total area of ​​15 hectares, of which the bird and stork nest area is 7 hectares. The height of the stork garden surface is 70 meters above sea level. The topography of the bird sanctuary is hilly, low to the semi-mountainous area next to the Lo river. The temperature of the area varies with the seasons, the average temperature is 28 0 C and the average annual rainfall is 1,650 mm.

Hai Luu stork garden occupies an important and attractive flora and fauna resource of Song Lo district in particular and Vinh Phuc province in general. Some species of birds and storks nest in the area to dominate their genetic diversity. The typical species include: fire storks, dwarf fire storks, storks, green storks, humming storks … Especially, the brown bodhi tree included in the 2007 red book. The breeding season of birds depends on the early or late arrival of the rainy season as well as the quality of the plants they nest and the food source.

The current flora in the stork garden are those of the remaining forest ecosystems as a result of the clearing of land for agriculture. Trees such as bamboo, canarium, oval, fig, longan, Trau … are birds used to build their nests. In particular, bamboo is the tree with the most nesting species because it often grows into bushes, has a flexible stem, which is more convenient for birds to nest.

How to move to Hai Luu stork garden?

Because Vinh Phuc province’s geographical location is close to the Capital, you can go to Vinh Phuc by car, motorbike or passenger car. First, starting from Hanoi, you should run along Pham Hung Street, cross Thang Long Bridge, then move a little more to come right to Vinh Phuc province. From here, running another 70km to see Hai Luu stork garden. Alternatively you can also go by train. 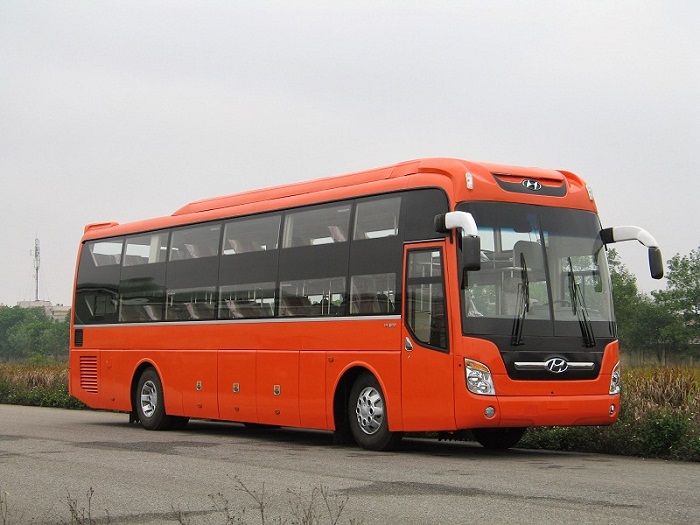 If starting from Saigon, it is best to choose the means of transport is the plane. However, at present, there is still no airline operating direct flights from the city. HCM to Vinh Phuc. Therefore, book tickets from Saigon to Hanoi and choose means of transport such as bus, train, … to go to Vinh Phuc. Round trip ticket price TP. Ho Chi Minh City – Hanoi will range from 2,000,000 VND – 4,000,000 VND.

Journey on winding village roads, walking under shady orchards will take you to visit Hai Luu stork garden eco-tourism area. Traveling to Vinh Phuc on summer days to the stork garden, you will no longer feel hot, but the lush green space of the village gives you a feeling of extreme comfort and relaxation.

Visiting the stork garden, all the noise and dust in the noisy town was quickly forgotten. Not only that, you can also observe firsthand the behavior of the different storks, watch the herds of cows leisurely graze on the young grass. Coming here, only nature and heaven, peaceful scenery is a medicine to help you relieve stress extremely effectively.

When the sunset gradually fell on the tree tops, it was also the time when tens of thousands of white storks from the horizon moved to their nests, looking for each other on the bamboo tops, causing a stir in a corner of the sky. Seeing the scenery in this moment will leave you with an unforgettable impression. To get the best view, you can rent a boat out in the middle of the river.

In order to watch the storks pull each other back to their nest, you should come at sunset

After hours of tired sightseeing, you can swing on the hammocks available in the stork garden. During a tiring break, enjoy the cool bowl of rosewood. If you need more energy, the rustic dishes here can also satisfy.

In addition to the animals watching the peaceful beauty of nature, watching the storks fly, Hai Luu stork garden is also a place for you to relax. Especially, if you can, visit the stork garden in spring to participate in the exciting Hai Luu buffalo fighting festival.

Hai Luu stork garden eco-tourism area in Vinh Phuc province is a place to keep many scientific values ​​in the forest ecosystem. This is a healthy land, which has great significance for forest preservation and development. Since then, the stork garden has become an attractive tourist destination, a place where people and nature can mingle together.