Du Yen Temple, Chi Tien commune is located in a holy land on a high hill with lush green trees; at the foot is a clear blue lake all year round. The temple overlooks the Thao River at night, calm and alluvial. This long dyke is a provincial road, an important traffic artery of Thanh Ba district.

Du Yen Temple has a history of more than 2000 years when it was first built, it was just a very small temple. And since then until now, due to being restored many times, the temple has become much more splendid and spacious. And this is also the place to hold the most famous Du Yen temple festival in Thanh Ba – Phu Tho when attracting thousands of visitors coming back here to attend. 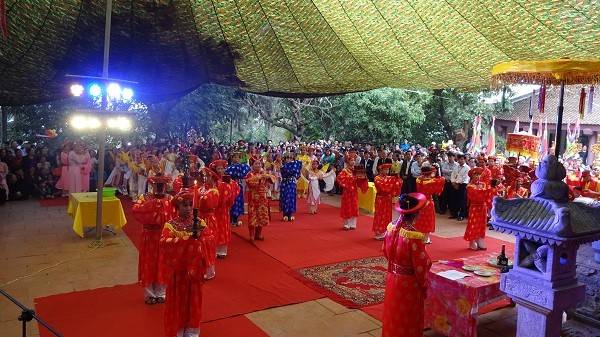 Where is Du Yen Temple?

Du Yen Temple in Chi Tien commune – Thanh Ba district is located on a sacred land on a high hill surrounded by lush greenery; at the foot is a clear blue lake all year round. The temple overlooks the Thao River, so it is very airy and fresh. The long dyke strip is the provincial road and is also the main transport artery of Thanh Ba district. 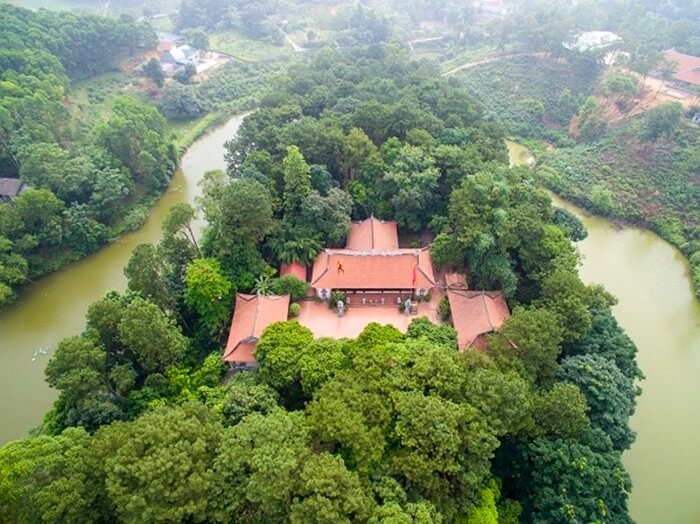 In 1993, Du Yen Temple was recognized by the state as a national historic site. By 2003, this temple was restored, including the 5-room sacrifice court, 3-room harem. In the temple, there are still many precious objects such as: palanquin bowl tribute, thrones, stereotypes, bronze tags, bowls, inscribed Nom on 2 sides … wood material.

Besides the ordinations of the Ly, Tran, Le and Dinh dynasties, this temple still retains the genealogy recording 2000 years of the lineage’s development in Thanh Ba.

About the festival at Du Yen – Phu Tho Temple

The festival is held at Du Yen Temple – a sacred temple with a history of thousands of years of construction. Du Yen Temple also known as Mau Temple is the temple to worship the princess Ngoc Loan (real name Nguyen Thi Hanh). She was more talented than anyone else and was also a talented general under Hai Ba Trung. At the age of 26, she participated in the Hai Ba Trung uprising and was appointed chief of the army.

Thanks to many great contributions in the expulsion of the East Han invaders, regaining the independence of the country in the years 40 – 43, she was appointed a princess Ngoc Loan and helped Trung Vuong in the process of reign country. To commemorate her great merits, many places have set up Hanh Nuong temple, including Chi Tien commune – Thanh Ba. And the people here every year on the occasion of January 15, the Du Yen temple festival is held as a tribute and remembrance of her great merits.

Du Yen Temple Festival is a festival with a long history of development along with the age of the temple’s history. From the past until now, this festival has attracted a large number of both locals and visitors from far away to attend. And the festival is held in major milestones: the day of the festival takes place on January 15; The god’s birthday is held on February 15 and the death date of the god is celebrated on January 10. 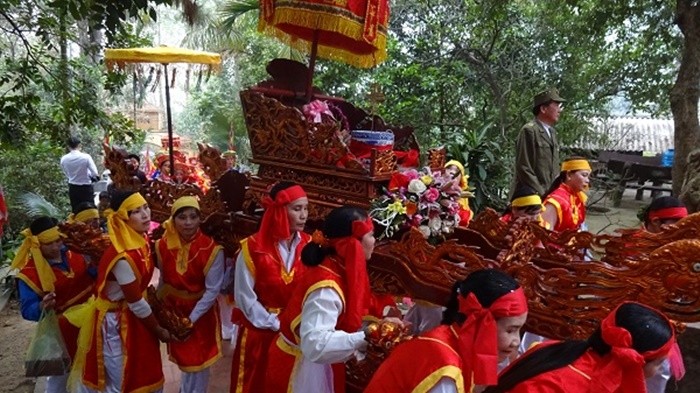 For January 15, lunar calendar is the most solemn and elaborate day of the Du Yen temple festival . Legend has it that this is the day when Hanh Nuong selected a handsome man in the Bong Chau site, gathering soldiers to hold a party to encourage soldiers. The festival at Du Yen Temple is held on the 15th lunar month of the well month to take place in 3 days from January 14-16.

January 14th lunar month is the opening day for the ceremony. The drum of the festival has been heard since morning in the joyful and cheerful atmosphere of the locals and visitors. Each group of slaves came here eagerly to attend the festival at the beginning of the year. 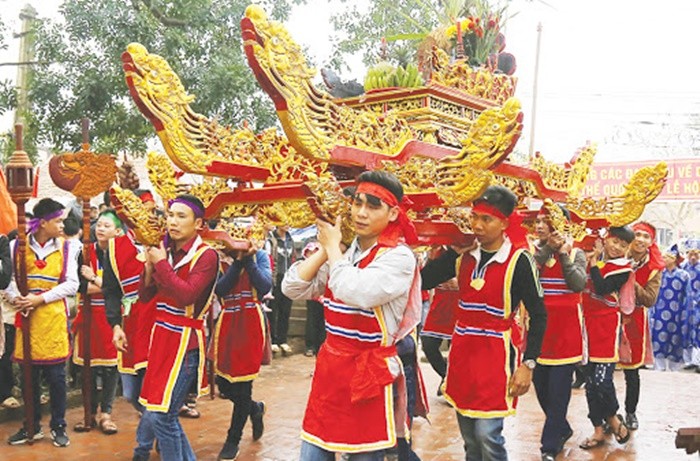 Also on this day, the celebrant and the delegation perform a sacrifice ceremony with the gods. The ceremony to offer Mother is mainly vegetarian cakes, fruits … divided into 6 borders; Each armor consists of 2 plates and is carried by 2 young men and put on the altar for the altar to pray. On the 15th, which is also the main day of the festival, procession and fairy dance will be held. These are the most anticipated performances in the festival.

Villagers in the village recounted that: on the day of Mau’s birth, outside Thao Giang’s mulberry beach, there was a fairy sara, dancing and singing like a festival, so the mother’s sacrifice day required a fairy dance team consisting of 4 girls under 16 years old, unmarried , beautiful, soft in appearance and attentive dance practice. These beautiful, smooth and beautiful dancing dances will be served at the Mau Ceremony and have bold and unique features for the festival. Today, this ritual has been restored and adjusted to suit the festival space.

And on the 16th, there will be a final ceremony to report that the festival has been held.

The festival in Du Yen Temple festival is a unique cultural space with many folklore games such as cockfighting, tug of war, chess … combined with many cultural and artistic activities, sports such as folk singing competitions, sports competitions, shoe cracking competitions … in a jubilant and joyful atmosphere. And for pilgrims, often visit this place on the occasion of the Lunar New Year until the end of the third lunar month. People come to pray for peace, good wind, peaceful and happy family. 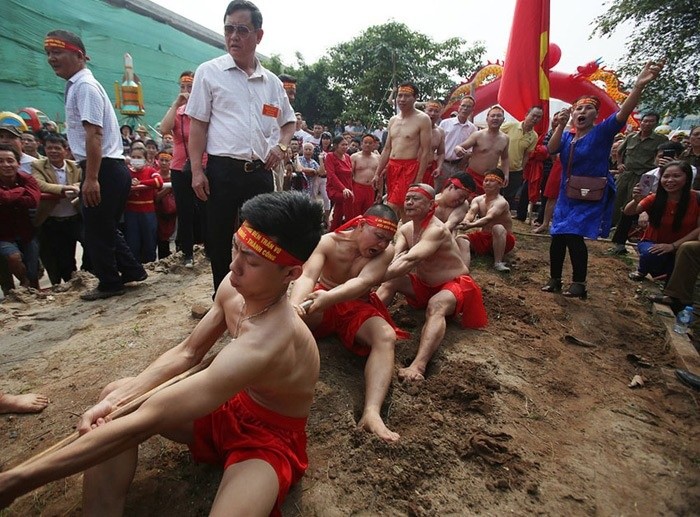 As can be seen, the Du Yen Temple Festival is one of the unique festivals and highlights the rich traditional festival of Phu Tho. And anyone who has attended the festival at Du Yen Temple will never forget the bustling atmosphere, especially the fairy dance is organized very meticulously so that every visitor is mesmerized by the rhythm. Clear dance, magic power brought by 16-year-old girls.