Not only is the beach tourism paradise in the South, but Vung Tau also attracts tourists with many unique check-in points. In which, there is an extremely beautiful Vung Tau mural painting alley located close to the sea. Let’s explore these coordinates with Vinlove!

Vung Tau is currently one of the tourist destinations that are very popular with domestic and foreign tourists. In addition to the familiar entertainment and entertainment spots, recently, the “virtual life” association has added a very beautiful coordinate to its playlist. That is Vung Tau’s mural painting alley located at 6, Tran Phu, Ward 1, Vung Tau.

This is an alley with a fairly large area, slopes and a beautiful view of the sea. Opposite is the cable car tourist area. Thanks to that prime location, this alley is becoming more and more popular with tourists. Most people when coming to Vung Tau can hardly ignore this painting alley to check in.

The mural painting alley of Vung Tau was officially completed in February 2021 and has really become a HOT place in recent times. Every day, this picturesque alley is always busy welcoming tourists to visit, people are always “rumored”, “invited” to come to check in. The uniqueness and brilliance of the alley are created by students of the University of Fine Arts with the support of professional painters. 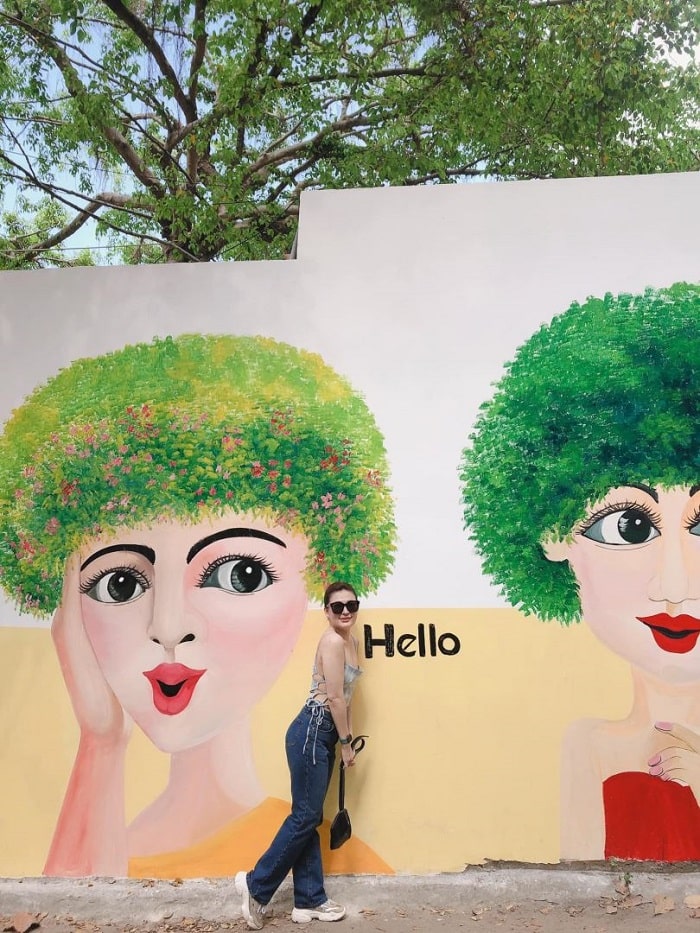 This painting alley will be put into operation from February 2021

The mural painting alley of Vung Tau was implemented by the Women’s Union of Vung Tau City with the aim of celebrating the 30th anniversary of the city’s founding (1991 – 2021) and the Women’s Representative of Vung Tau city (2021 – 2026). .

The cost to implement the project is up to 100 million VND contributed by the Association and the people. In the near future, the second Vung Tau mural painting alley will also be gradually implemented on Nguyen Thai Hoc Street, extending from Le Hong Phong Street to Pasteur Street. 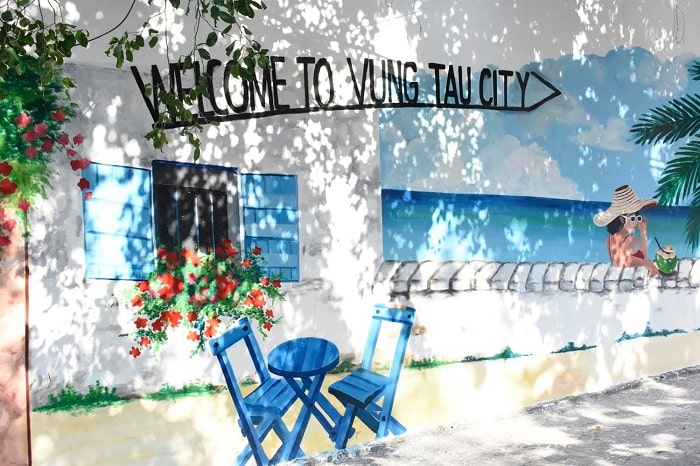 Each fresco in the alley has its own characteristics from romantic to youthful, from quiet to vibrant. Despite carrying many different shades, this painting street brings a bright, optimistic, brilliant color that makes many visitors surprised and happy. 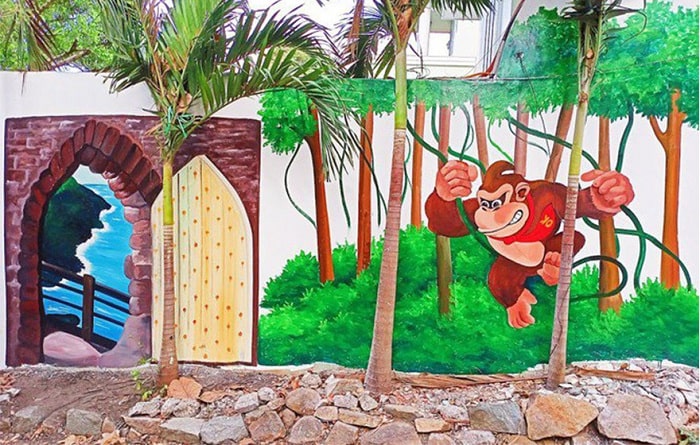 Each picture here has its own theme

Each picture is a “life scene” separated by a “magic door” that only when you step through it can you enjoy a completely different world. 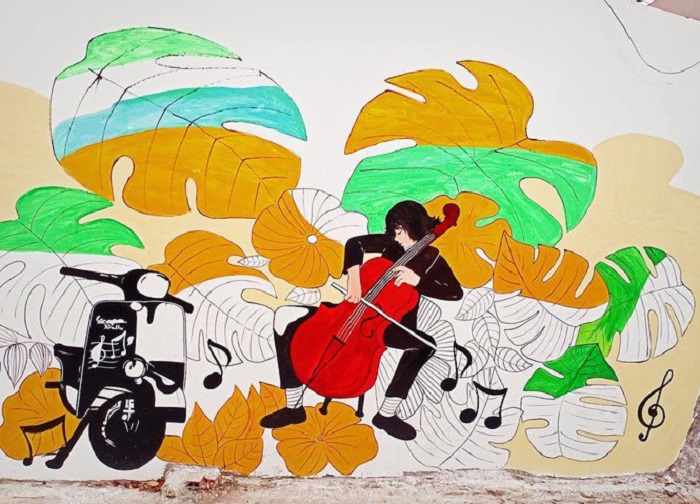 The walls of people’s houses in alley 6 were formerly white lime, where all kinds of leaflets were pasted, but now they have put on a unique new shirt with many different themes. Visitors can come here to take pictures for a few hours, free of charge. The topic is somewhat quiet

After the art pages were completed in the alley, the whole old street suddenly brightened up. Each drawing has its own theme, from 2 to 3m high, connected to each other, about 100m long. Visitors can freely choose their own angle to take pictures according to their preferences. 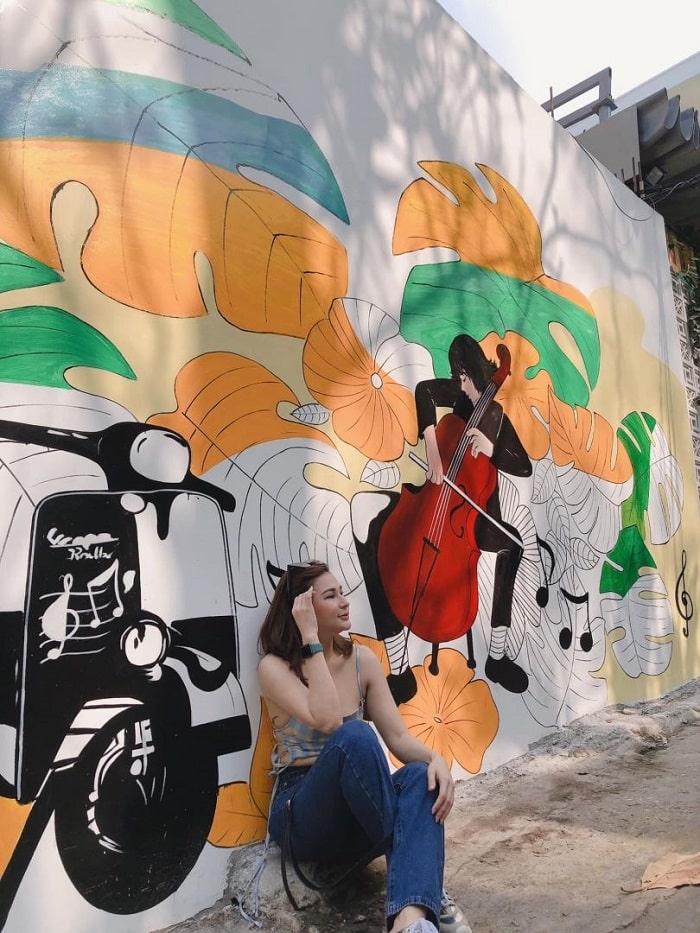 The walls are great backgrounds 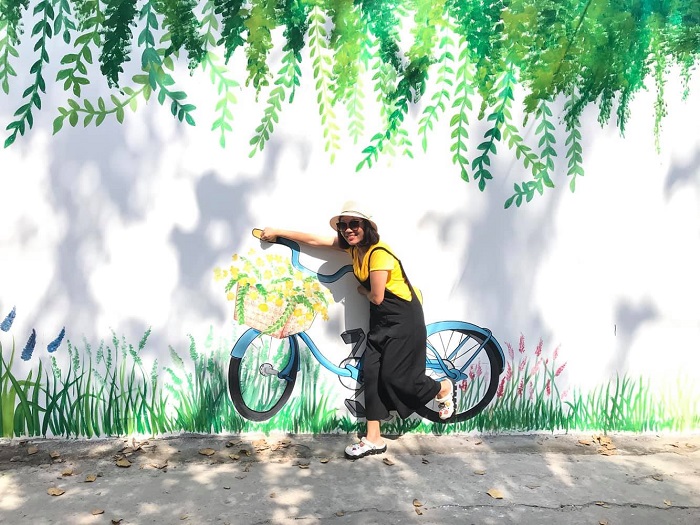 Because it is located quite close to the sea, you will not need to worry about hot weather, crowded together. Especially near this road, there is super beautiful confetti that will make your virtual album more wonderful. 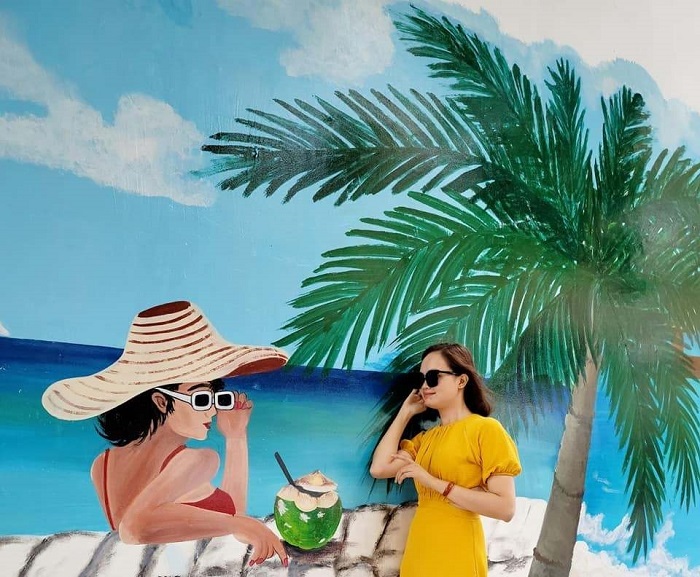 Be a muse with the sea

If you have not come up with an idea of ​​where to “live virtual” when traveling to Vung Tau, then go to the very lovely Vung Tau mural painting alley. However, if you go during this time, do not forget to comply with the regulations to prevent the Covid-19 epidemic!