QUANG TRI – In August-September, when the forest trees fell on the fields, the people of Huong Hoa picked them up and sold them for tens of millions of dollars each season.

Every August and September, the tree is in the fruiting season. In the past decade, Trau seed has been purchased by many traders, so it is the season when people in the two mountainous districts of Huong Hoa and Dakrong go to the fields, go to the forest to pick up the fruit and sell it. Trau seed is pressed for oil, used in paint and glue industry. 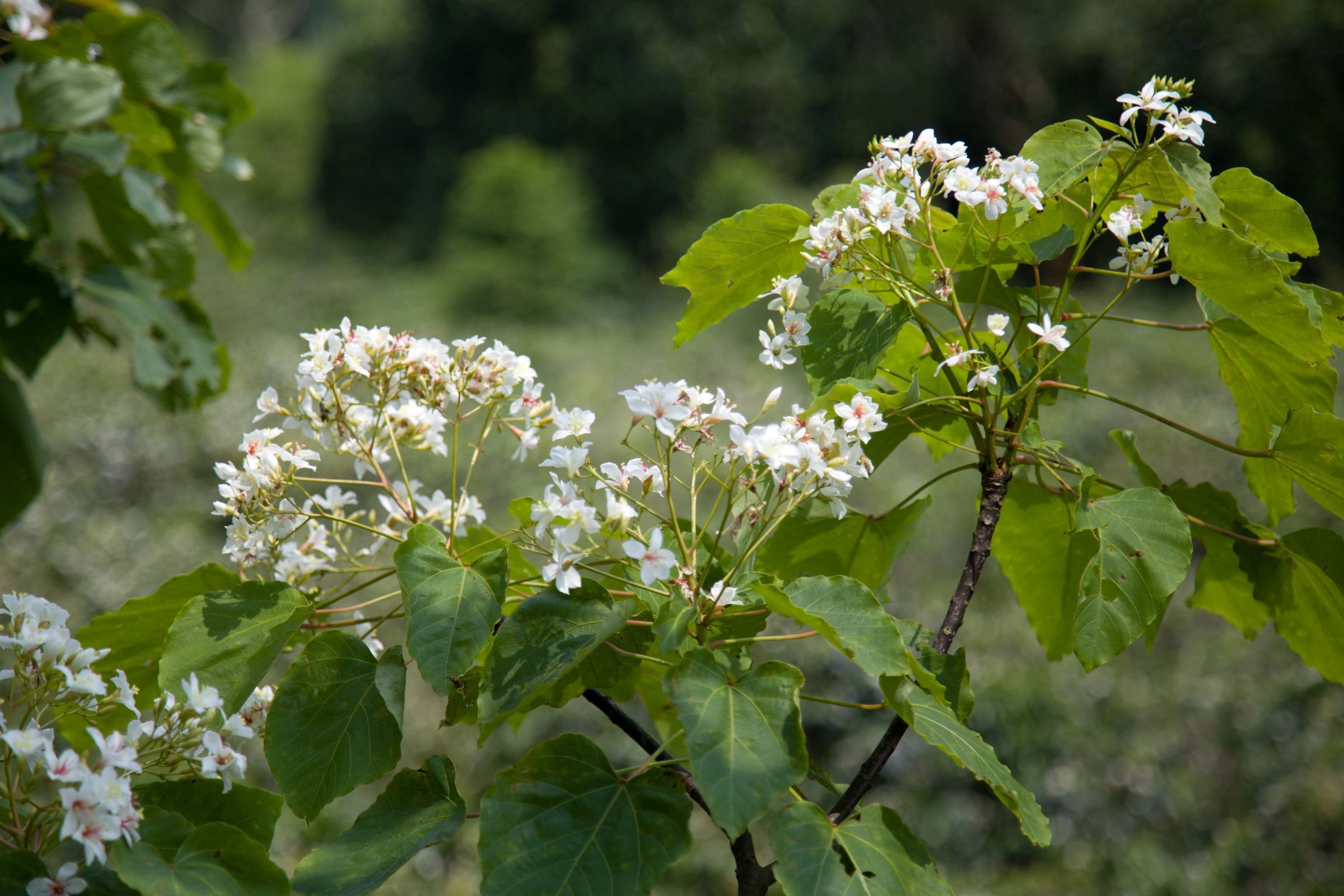 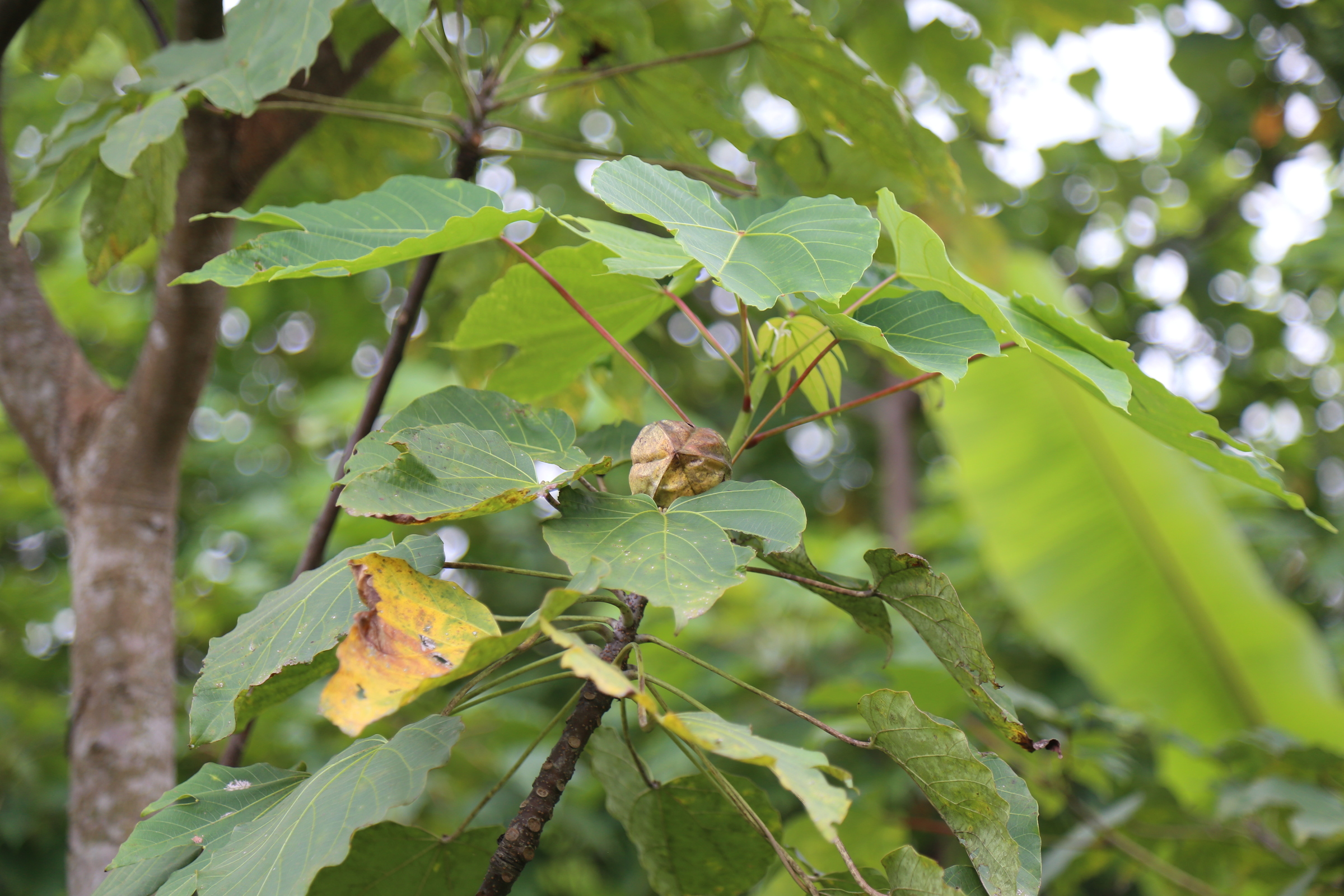 In March, the flowers bloom in white clusters in the Truong Son mountains. Half a year later, the fruit reaches maturity and falls off on its own.

The fruit is round, about 5cm in diameter, usually with 3 segments and pointed at the left end. Inside contains 3 seeds, the size of an adult thumb.

Trau is a familiar tree to the people in the highlands of Quang Tri, planted around the shifting fields to shield the wind.

Early in the morning, Mr. Ho Van Phao (53 years old, residing in Nguon Rao Pin village, Huong Son commune, Huong Hoa) lined a thin blanket, put his one-year-old grandson in a tortoise cart and pushed it around the garden, while taking advantage of the opportunity to pick up the basket. just looked after you.

However, in order to harvest a lot, people often bring baskets into the fields, deep in the forest, where tea tree grows densely. After nearly an hour of walking, Mrs. Ho Thi So (55 years old) also reached her field.

Initially, Trau was a forest tree, growing naturally, but later, Trau seeds were valuable, so people kept and planted new trees. Ms. So has 1.5 hectares of swidden land, mainly truffles. In order to easily pick up Trau fruit, she distributed all the vegetation and shrubs, so the Trau forest looked very beautiful. This year, Ms. So earned more than a ton of seeds, selling more than 10 million dong.

Nearby, Ms. Ho Thi Thong (37 years old) picked up a scepter with one hand, and a knife in the other to spread out all the shrubs. She has 3 fields, an area of ​​​​nearly 3 hectares, of which one is grown for coffee, the other 2 is for natural growth. In recent years, the price of coffee has been low, while having to pay attention to care and fertilizer, the income is not higher than that.

Taking advantage of a little break, the two women discussed how to choose good seeds to plant more in the fields. As a forest tree, it is simple to grow, does not need fertilizer, care, about 3 years old begins to bear fruit, and gives regularly every year.

Combined with the collection of husks, Mrs. So also herds another cow. She said that by picking up the husk seeds, the family had more income.

Some people did not have time to separate the seeds in the fields, then they took them home and split the seeds later.

When the husk is ripe, it falls to the ground, the segments will crack, and it will be easier to separate the seeds. Trunks that fall off by themselves have a high price, while green truffles on trees, picked down, will not be of good quality. The special thing is that whoever falls on the fields will pick it up, people do not infringe on each other.

Pick up at home, there will be merchants to buy at home. Mr. Vu Duc Canh (38 years old, living in Huong Son commune) assessed the crop failure due to the impact of last year’s flood. It’s mid-season, but he’s only bought 4 tons.

The sun is beautiful, the husk is dried for a day and a half, and the shell is slightly cracked. If over-exposed, the husk of acorn kernels will crack and become moldy during storage.

Mr. Le Trong Tuong, Chairman of Huong Son Commune People’s Committee, said that for a long time, people have spontaneously planted Trau trees, so the locality has not been able to make statistics on the area, output, and economic value.

The People’s Committee of Huong Hoa district also orients to grow Trau on bare land, creating a landscape to attract tourists every spring, and at the same time increasing income for people. Follow vnexpress