Temporarily forgetting the beautiful sea paradise is a “calling”, when visiting Vung Tau , visitors can visit Dinh Co temple which is a famous spiritual place that attracts tourists. Let’s discover what is so attractive about Dinh Co Vung Tau temple!

Where is Dinh Co Temple address in Vung Tau?

Dinh Co Temple is located in an empty land on the coast of Long Hai town, Long Dien, Vung Tau. The temple has very beautiful architecture and large area. The temple grounds include the main hall and the worshiping area of ​​Lord Uncle and Buddha. Dinh Co Vung Tau Temple was moved to the Long Hai coastal area in 1930 and restored to its present appearance.

The temple was built and the place of worship of the people of Vung Tau. Every time they go out to sea, fishermen in Long Hai go to Dinh Co temple to worship and pray for favorable weather and catch a lot of fish and shrimp. In 1995, Dinh Co Temple was recognized as a national cultural and historical relic. 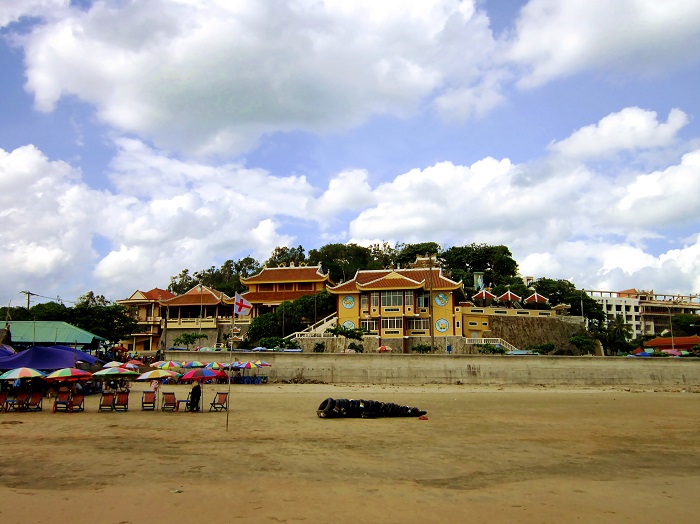 Dinh Co Temple is located on a large vacant land

How to get to Dinh Co Temple in Vung Tau?

Visiting Dinh Co Temple in Vung Tau , visitors first need to get to Vung Tau by bus or hydrofoil, depending on where they depart from. From Vung Tau city center to Dinh Co temple about 15.4km. Visitors can follow the coastal route or Vung Tau – Binh Chau about 26 minutes to reach this famous temple. If you are not familiar with the road, you can hire a taxi for about 150,000 VND to go directly to Dinh Co temple. How to get to Dinh Co Temple?

Before visiting the temple, you should also learn about the legend of Dinh Co temple in Vung Tau  . According to the people of Long Hai Vung Tau, Dinh Co Temple originally worshiped a young girl called Thi Cach (ie Le Thi Hong) from Binh Dinh. While crossing the Long Hai sea, her boat encountered a storm and died, then her body drifted to the Hon Hang area.

In 1930, the temple was moved to Ky Van hill area and built as Dinh Co in 1987. Currently, Dinh Co Long Hai temple has  become a famous spiritual place and attracts tourists every time they come to Vung Tau. . The temple is located on a large area of ​​​​1000m2. 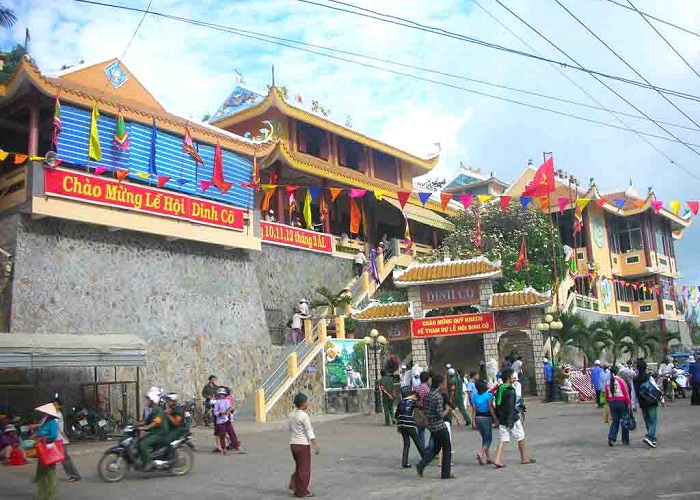 What is there to visiting Dinh Co Temple in Vung Tau?

Dinh Co Temple in Vung Tau stands out with the typical Buddhist architecture of the East Asian people. The main hall of the temple is in the central area and the area outside the main hall is the place to worship her. In addition, on the grounds of Dinh Co temple, there are also worships of Bodhisattva Quan The Am, Ba Ma Sanh, Lord Tien Nuong Nuong, Cuu Thien Huyen Nu… 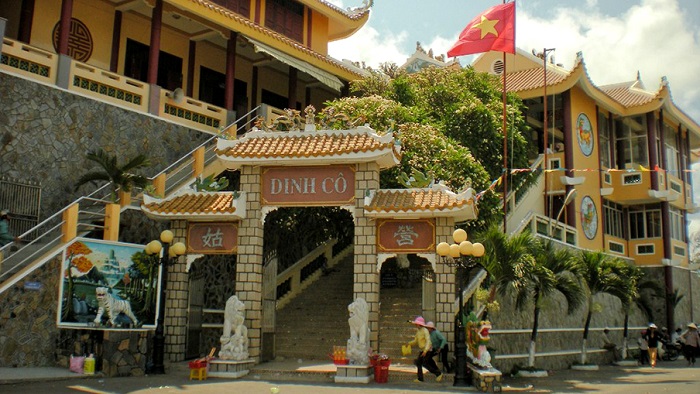 Admire the architecture outside Dinh Co

The main hall of the temple is the holiest place to place her altar, with a 0.5m-tall statue wearing a red robe and a jewel-encrusted hat. The two sides of the main hall are the altars of Lord Cau, Dieu Tri Phat Mau, and Four Phap Nuong Nuong, which are lit with candles and flowers. Moving deep inside the palace is the display area of ​​the people’s offerings before offering them to her. Visitors to the temple can prepare offerings including Candles, model wooden boats, flower lights, flower hats and crowns to visit. Mo Co area is located in the southwest about 1km from Dinh area, located on Co Son hill near the beach. To move to Mo Co, visitors need to climb about 60 more stairs. When visiting Ms. Le Thi Hong, visitors continue to move to the area behind the Palace. It has poetic beauty, with pristine beaches and fresh air. Visitors can combine visiting Dinh Co beach to cool off and have fun here. 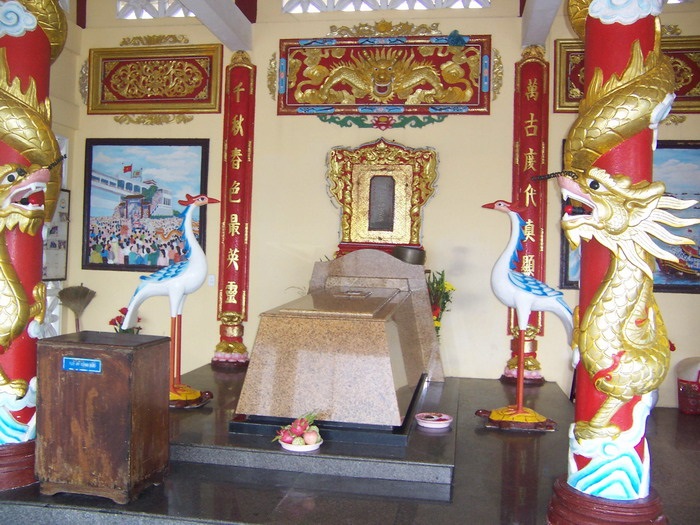 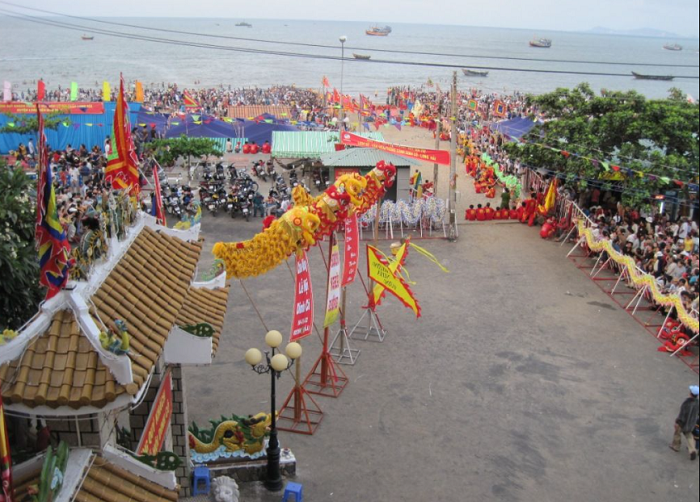 Notes when going to Dinh Co Temple in Vung Tau

Dinh Co Vung Tau Temple  is a sacred place, so when visiting, visitors need to understand the following notes:

– When visiting the inside of the main hall, you should be gentle and avoid laughing loudly.

– About eating, after visiting the Palace, you can move to the center of Long Hai town, there are many delicious restaurants and eateries for you to choose from.

– For those who are far away, if they want to stay overnight, they can choose a restaurant in the area of ​​Long Hai town. Or if you have conditions, you can book a room at Ngoc Suong ecological area.

Hopefully, the information shared above will help you have the most complete visit to Dinh Co Temple in Vung Tau ! Don’t forget to save useful  Vung Tau travel experiences for your upcoming trip!