Binh Phuoc tourism not only attracts tourists with beautiful landscapes but also has many famous historical sites. Among them is the Dong Xoai victory monument, a relic associated with the heroic war of the nation that is becoming an attractive destination for tourists from near and far when coming to Binh Phuoc.

Where is Dong Xoai Victory Monument?

Dong Xoai Victory Monument is located in Tan Phu Ward, Dong Xoai City, Binh Phuoc Province. This is a work built on the occasion of the 40th anniversary of Dong Xoai’s victory over the US imperialists. The monument has great cultural and historical significance, showing the heroic fighting spirit of the Dong Xoai army and people. Dong Xoai’s victory site was recognized as a national historical site on 12/12/2014. How to move to Dong Xoai victory relic

To visit the Dong Xoai victory monument, you need to go to Binh Phuoc first. Depending on the departure location, you can choose from many different means of transport. For those of you in neighboring provinces, the most convenient way is to take a bus to Binh Phuoc bus station and take a motorbike taxi to come. Or if you want to take the initiative to go back and forth, you should ride a motorbike straight to the monument.

For those of you who are far away like Hanoi/Da Nang, you should take a plane to Tan Son Nhat airport (Saigon). Then take a bus from Saigon to Binh Phuoc. From the center of Binh Phuoc city to the monument about 48km, you follow the direction of DT756 for about 1 hour to arrive. If you are not familiar with the road, you can look up directions on google maps or ask people along the way. 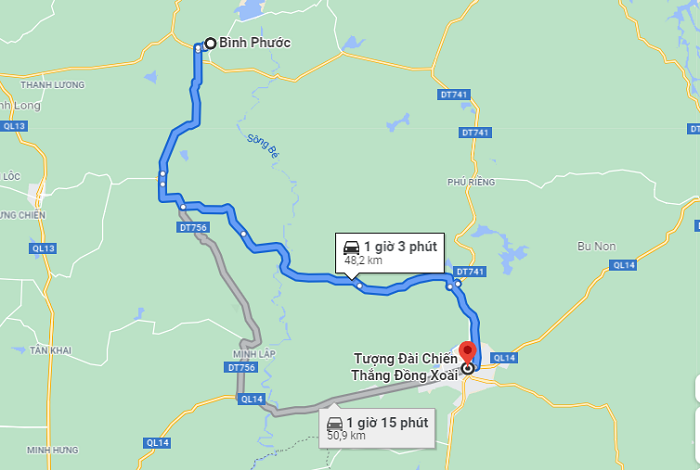 How to move to the victory relic in Dong Xoai

Before visiting the Binh Phuoc Dong Xoai victory monument, you should also take the time to learn about the history of this place. At the beginning of 1965, when the Binh Gia victory and the defeat in the special war of the US imperialists aroused the fighting spirit of the nation even more strongly. At that time, the Regional Command opened the Phuoc Long – Dong Xoai campaign, which was considered a strategic position of the campaign. The whole army and the whole people agreed to participate in the campaign with the spirit of resilience, concentrating human and… 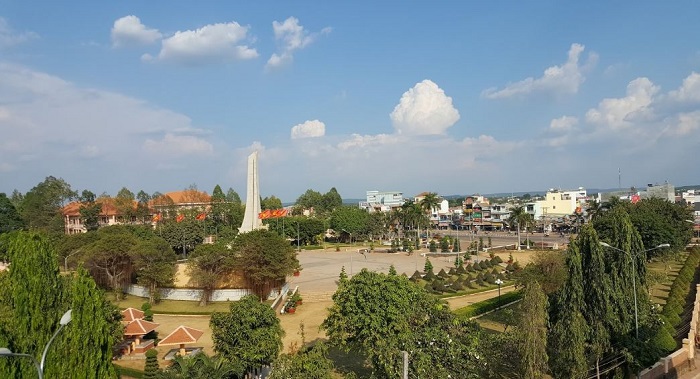 The monument was built in the city center location

Join the battle with divisions and regiments with slogans of determination to win. The battle took place within 3 days, from June 9, 1965, to June 12, 1965, helping to destroy the Dong Xoai branch. The victory has great significance in the history of the struggle of the National Front for the Liberation of South Vietnam and defeated the war of the US imperialists. 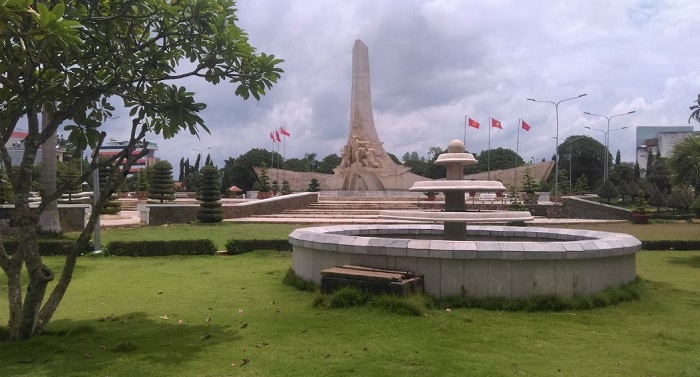 The area around the monument is planted with many trees, the air is fresh and cool 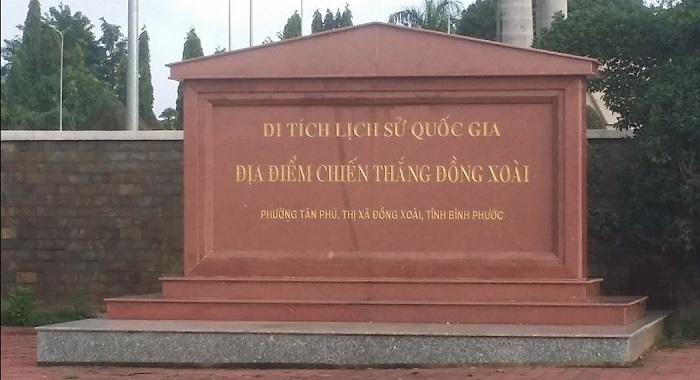 The area behind the Dong Xoai victory monument in Binh Phuoc has two reliefs depicting the heroic battle of the nation. The highlight of this attraction is the 21m-high monument, made of granite and depicting the image of 3 soldiers in an offensive position. Besides, the monument area is also planted with many trees and an electric lighting system. Victory monument in Dong Xoai becomes an attractive destination for tourists every time they have the opportunity to visit Binh Phuoc. This is also a place to regularly organize social activities, celebrations, meetings and many unique cultural activities of the people. 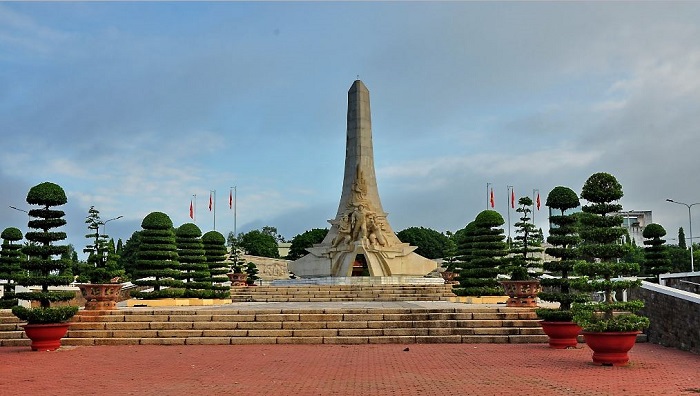 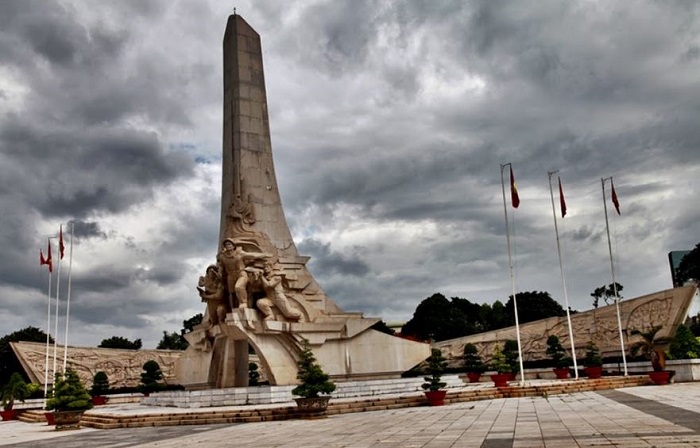 Close-up of 3 soldiers in a fighting position

Places to visit near the Dong Xoai victory monument

Visiting the Dong Xoai victory monument , you can also combine visiting famous places nearby such as:

– Ba Ra Mountain – Thac Mo Lake: Visiting this place, visitors will be able to relax and enjoy the fresh air here. To explore Ba Ra mountain and Thac Mo lake, visitors can take the cable car to enjoy the beautiful scenery from above. At the foot of Ba Ra Mountain is Thac Mo Lake, which is planted with many trees and consists of all 10 large and small islands possessing beautiful scenery. 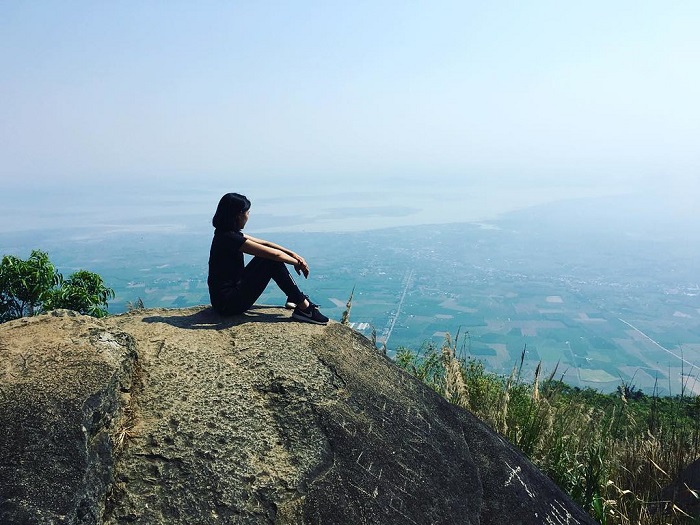 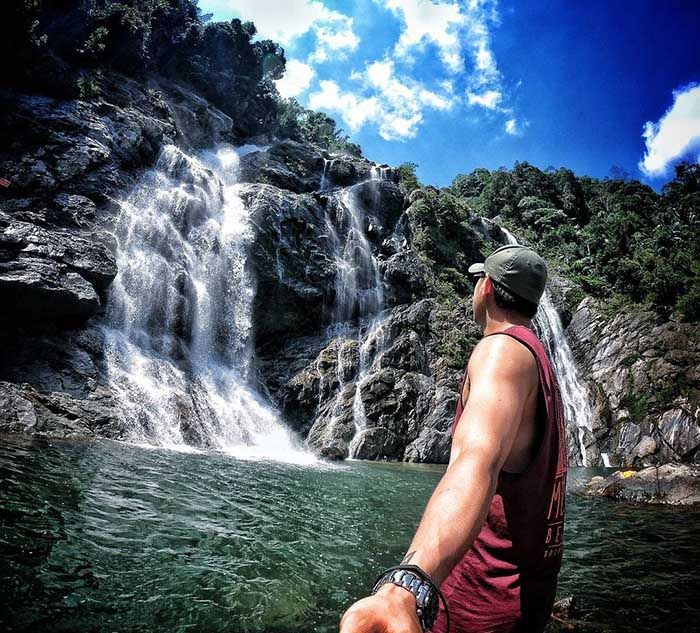 Standing Waterfall is located near the victory monument in Dong Xoai. Photo: foody

Hopefully, the information shared above will help you have the most complete and meaningful visit to the Dong Xoai victory monument . In addition, you can also refer to Binh Phuoc’s travel experiences to have the most useful knowledge for the upcoming trip.