Temporarily forget the famous beautiful sea paradise in Vung Tau to “change the wind” with the current tourist attraction that is the Robert Taylor antique weapons museum with many interesting things. If you do not know where the Robert Taylor museum is, what’s interesting, please refer to the following article!

Where is the Robert Taylor Museum of Ancient Weapons?

This is a private museum invested by Mr. Taylor using his own money. The reason he built the museum came from his deep love for his homeland Vietnam and his hobby of collecting artifacts. During the construction of the museum, he had financial difficulties, but he always tried to build the work completed and with the present appearance. 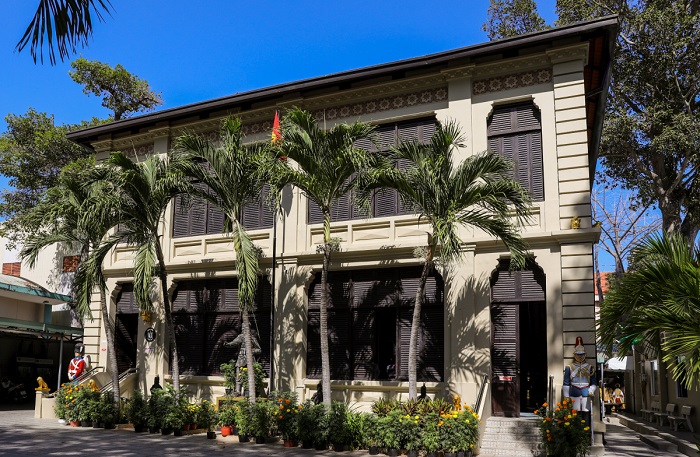 Vung Tau Museum of Ancient Weapons is a tourist attraction 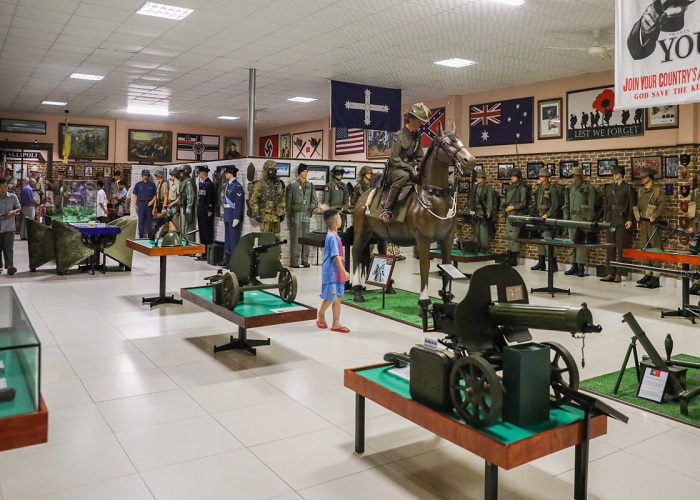 The museum collects admission tickets for visitors depending on each object

How to get to the Robert Taylor Museum of Ancient Weapons

Experience going to the Robert Taylor Vung Tau antique weapons museum , to get to the museum, visitors first need to take a bus, hydrofoil or motorbike depending on their preferences. Starting from Vung Tau city center, you can follow the Thirty April route about 10.4km or go through Binh Gia/Hai September about 11.1km to reach the hotel. If you don’t know the way, you can go by taxi or look up the way on Google Maps. How to Get to the Robert Taylor Weapons Museum

What does the Robert Taylor Museum of Ancient Weapons have?

What’s interesting about the Robert Taylor Museum of Ancient Weapons? With a total area of ​​1,500m2 and 3,000 artifacts including weapons such as swords, guns, spears, blades, spears, pears and military uniforms of the armies of countries around the world from ancient, medieval, and modern times and modern. By visiting Vung Tau weapons museum, visitors will discover many interesting things such as:

Weapons of the armies of different countries

Visiting Vung Tau weapons museum, visitors will be able to “relive” the old war days of the armies of England, France, Germany, Russia, the Netherlands with Chinese cavalry, Japanese samurai. From the entrance to the museum, visitors will be overwhelmed with images of all kinds of weapons from the Roman Empire, including Genghis Khan. After that, you can move to the area displaying ancient weapons with swords and guns. In this area, visitors will have the opportunity to learn about weapons systems under King Napoleon Bonaparte and guns for women. 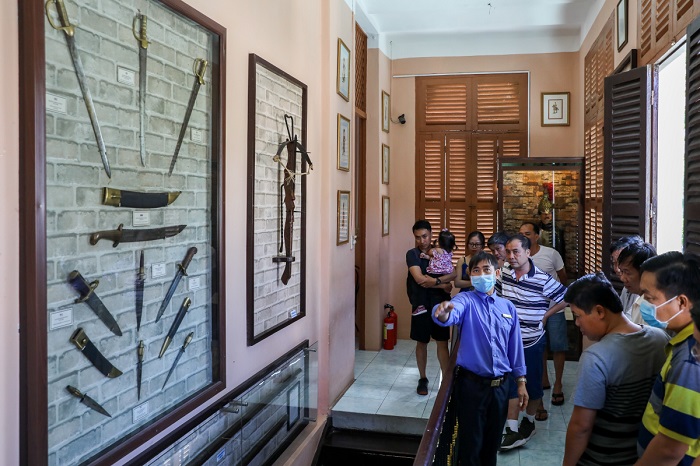 The museum has a guide to introducing weapons through the ages

Continue to visit the museum of antique weapons Robert Taylor Vung Tau visitors will move to the area of ​​modern weapons. Here you will see firsthand the modern weapons of war used in the second world war. 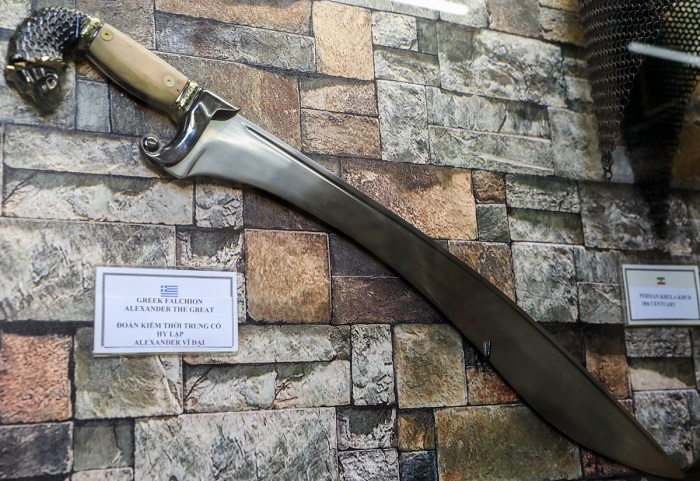 Close-up of weapons on display in the museum 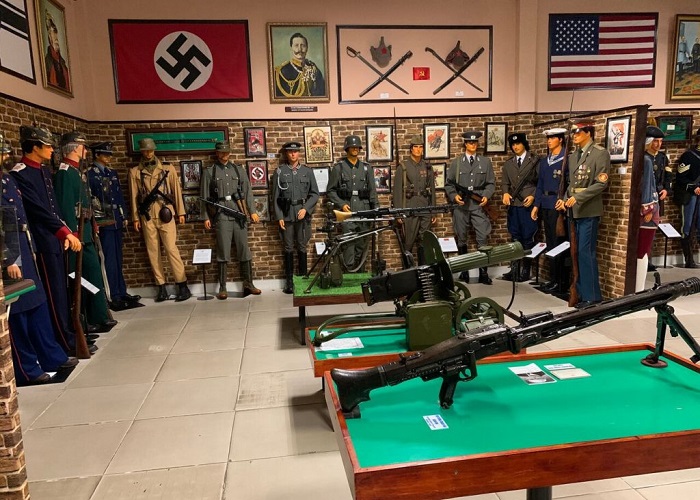 Let’s learn about weapons of countries through historical periods

Not only learning about weapons through the ages, when coming to Vung Tau ancient weapons museum, visitors can also see with their own eyes the military uniforms of other countries. All the costumes at the museum are worn by dummies to match the proportions of real people. In the ancient area, visitors will learn about the military uniforms of European and Asian countries with armor, swords, and spears. Along with the costumes of the Japanese and Mongolian army generals. In particular, it must be mentioned the costumes of the bodyguards of the ancient Roman Emperor to the British, German and Vietnamese armies. 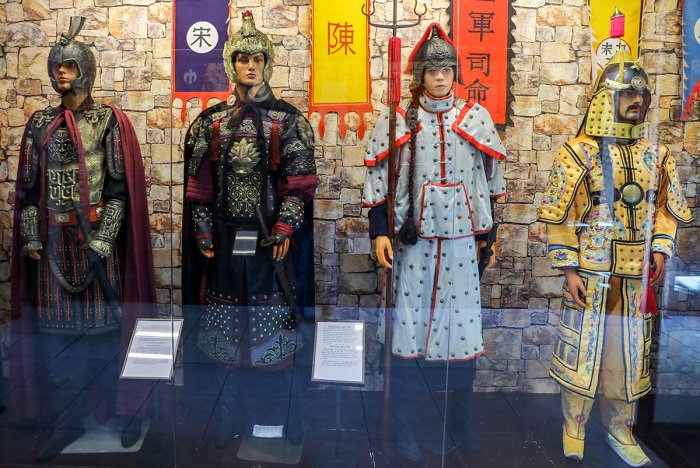 Learn about the military uniforms of different countries Besides displaying weapons and military uniforms, when going to the museum of ancient weapons in Vung Tau, visitors can also learn about images of generals from all over the world. In it, there are pictures of navy soldiers, from Uncle Ho’s army of Vietnam. 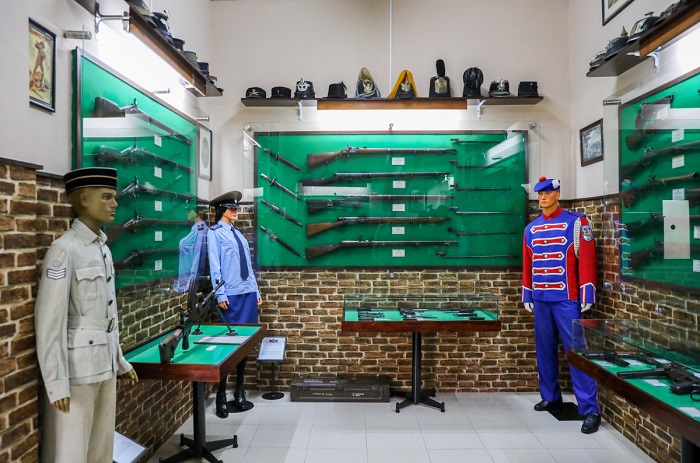 To have a visit to the experienced weapons museum, you should also refer to the following notes:

– On weekends, the Tet holidays the museum is very crowded, so you should contact to book tickets in advance, especially when traveling with a large group to avoid long waits.

– Although it is not a spiritual place when coming to the Vung Tau weapons museum, visitors should also pay attention to dressing neatly and discreetly.

– Do not arbitrarily touch objects or climb to take pictures without consent.

– You can combine visiting famous places near the museum such as: Bach Dinh , Triangle Park, Ru Ri Island, Front Beach, Ho May…

– Regarding dining and accommodation, visitors can move to Vung Tau city center, there are many delicious restaurants and hotels for you to choose from.

The Robert Taylor Museum of Ancient Weapons is an interesting destination that you should visit once if you have the opportunity to come to Vung Tau. Hopefully, the information shared above will help you have a memorable experience trip and better understand historical knowledge through the periods. In addition, you can refer to Vung Tau travel experiences